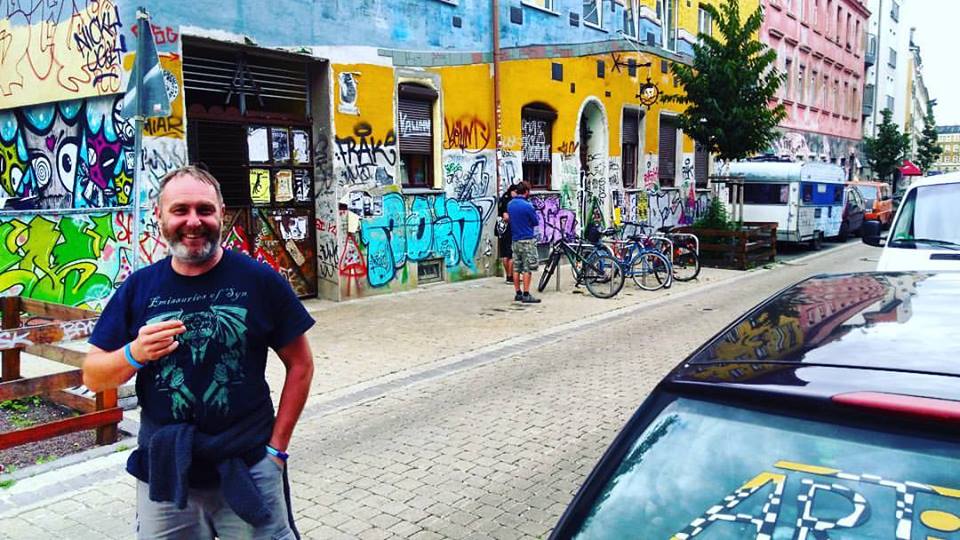 We gatecrashed this gig as our Nuremburg dates had fallen through. Europe is actually a lot bigger than it is on the map! Drove through the day from Podbor in the Czech Republic to land in Leipzig; the New Berlin (I’m told).
Stö is a squat venue; the whole street is a squat. Great set-up and really nice people. Good to see Pete Butler of 2 Sick Monkeys again, and good to see him looking so well. The generosity of the venue was wonderful – free food, free beer, the offer of somewhere to sleep and money for fuel – and us being complete strangers. 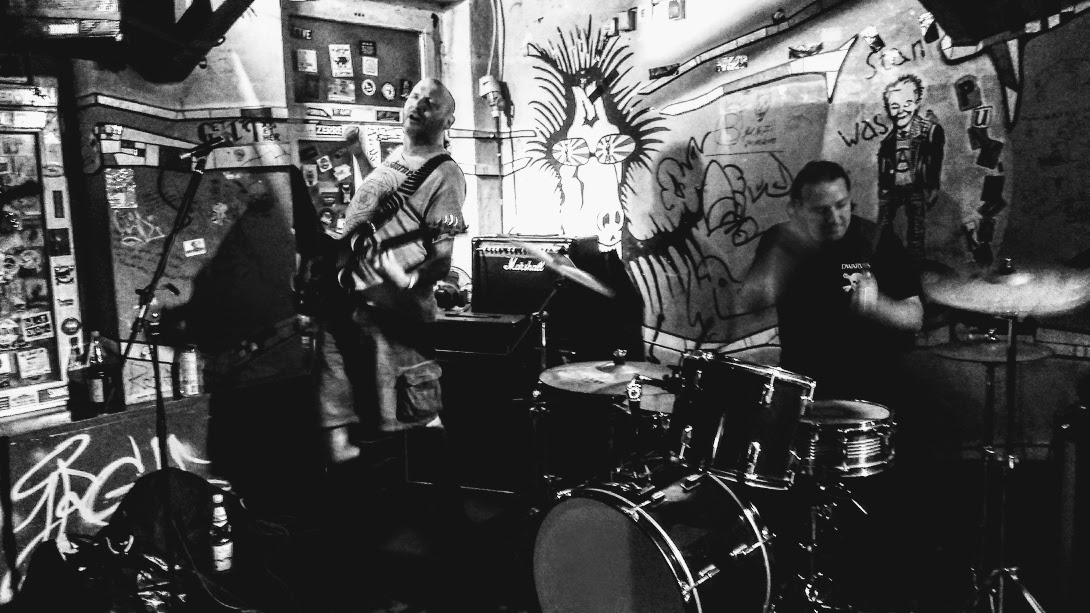 It was important in my little head that EOS had a good gig tonight to blow away their Czech blues, so I made sure SJ went on first. Due to us gatecrashing this gig, the first band had to go on as the doors opened, so I knew there’d be a sparse crowd to begin with. Turned out to be a decent crowd anyway and (we) Spam Javelin played a decent set with plenty of good humoured banter. Top Knot and Nazi Line Dancers went down a treat. The sound guys danced through the whole gig! 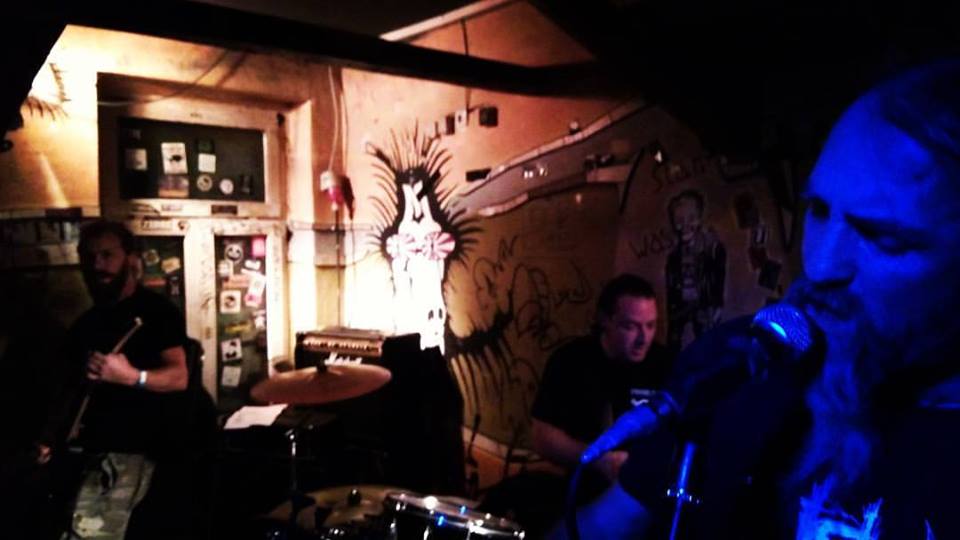 Emissaries Of Syn played an absolute belter, probably the best I’ve ever seen them; actually, it was definitely the best I’ve ever seen them. Maybe they had a point to prove to themselves, our travelling crew and the crowd. And to see them command everyone’s attention throughout their ram-raid of a set was warming to say the least. Mark’s voice, having had 36 hours’ rest managed to hold out this time. 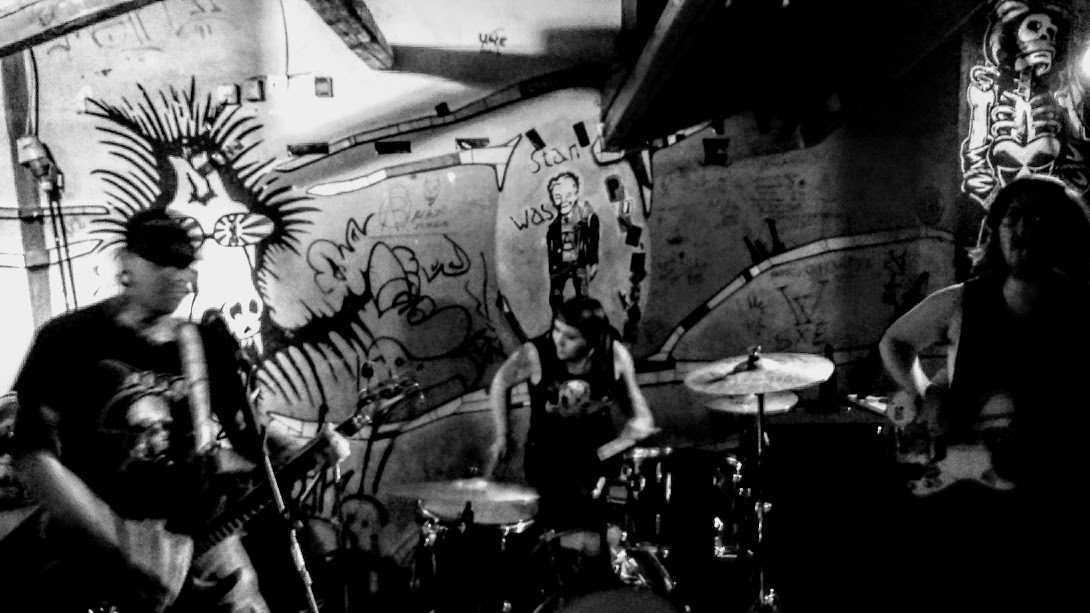 Feral Existence were great fun; they were boisterous with their dual vocals and pounding drums. The set list looked long but the songs were short, sharp and headbuttingly good. They were on ‘holiday’ from their steel town of Sheffield and borrowed all the gear available. Although the gig almost began in disaster when the only right hand bass in the building broke during soundcheck, but seasoned tourers 2SM soon had it fixed. 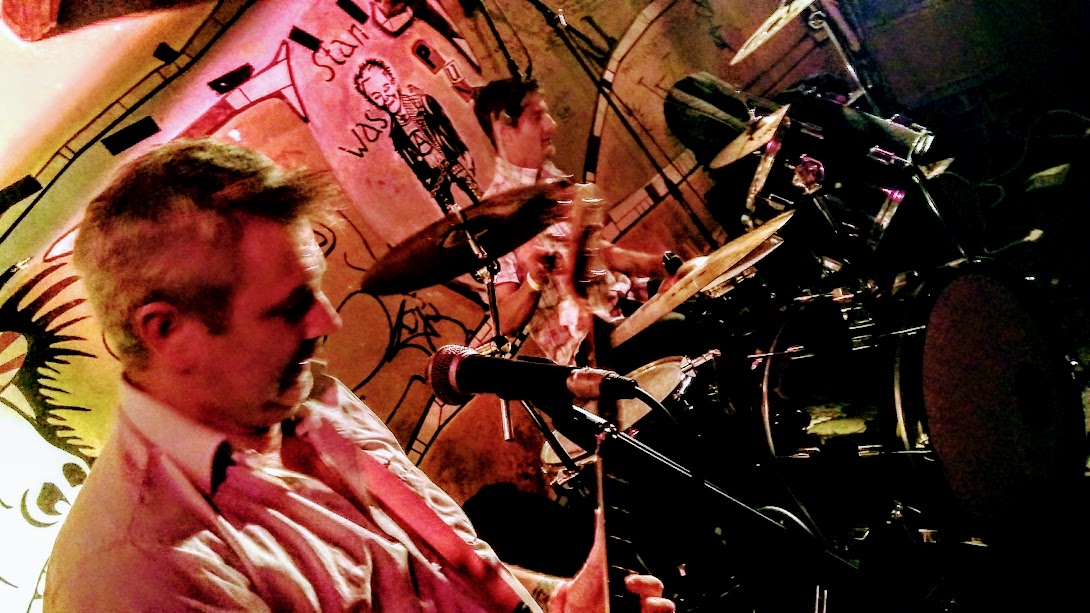 Those 2 Sick Monkeys simply took it to another level… On their farewell year after gigging for seventeen and racking up over a thousand gigs, they are quite the spectacle live. It’s a two-piece – Pete on bass and vocals – Fred on drums. It’s punk rock but not as we know it. They can thrash out the songs, but there’s a definite post-punk Wire, Gang Of Four progressive feel to some of the stuff. 2SM will certainly free the shit out of you and you’ll be transfixed to that bass playing, to that positive personality and those exquisite drum patterns. Catch them in Japan!!
Emissaries of Syn / Spam Javelin Euro Tour 2017 GIG REVIEW – Lolfa Binc, Teeth Crack, Spam Javelin @ The North, Rhyl