A55 – blues band variously feat; Tom Bancroft (gtr,voc), Pete Mac, Tony Parisella (bass), and John Heath. Formed orig by Max Hodges and Pete Mac by accident. Max then couldn’t follow through due to pressure of work, so he recruited Tom, who then took on the whole show.

ABC Records – small independant record shop (late 80s) run by John Philips, selling 2nd hand recs & bootlegs which was on the 1st floor of 18 Princes Drive, Colwyn Bay. Like most stores of this kind in this town, its life span was doomed & lasted 2 years. Closed down soon after being raided by the Obscene Publications Squad for selling the fanzine Crud, the charges were subsequently dropped. (newspaper report)

Acid Casuals – techno outfit from Anglesey feat; Cian Ciaran as DJ who boasts of being kicked in the face by Aled Jones at school. Went on to join Super Furry Animals. Also feat Llyr Evans, brother of Rhys Ifans and of fellow Twin Town / 2 Franks fame. Also perform as DJs as Technocrat

Acrid Device – very short lived punk band from Colwyn Bay (mid-80s) feat; Derek Butterworth and Tim (both later of Open Defiance). Jammed a couple of times but nothing came of it.

The After Birth – Shrewsbury based punk band (pre-1984), feat; Dean Obscene Roberts (later of PSST). John Peel sent them back their demotape with the message, ‘I love it, keep trying.’. Had to change their title to The Devastaters after complaints over their name.

Aladdin’s Cave – indoor market on Rhyl’s seafront below an amusement arcade, closed c1988. Sold many bootleg tapes (usually live concerts), & punk badges, manned by Degs (Derrick Nichols). Probably better known for the tattooed punk (Aaron Broster – now a chef) who stood outside on the pavement goading the public to ‘Step inside Aladdin’s Cave, it’s through the arcade & down the stairs.’ Aaron’s son, Tom Carroll was in Plantfoot, and now performs with Bad Mood & Pete Wylie (Wah!) 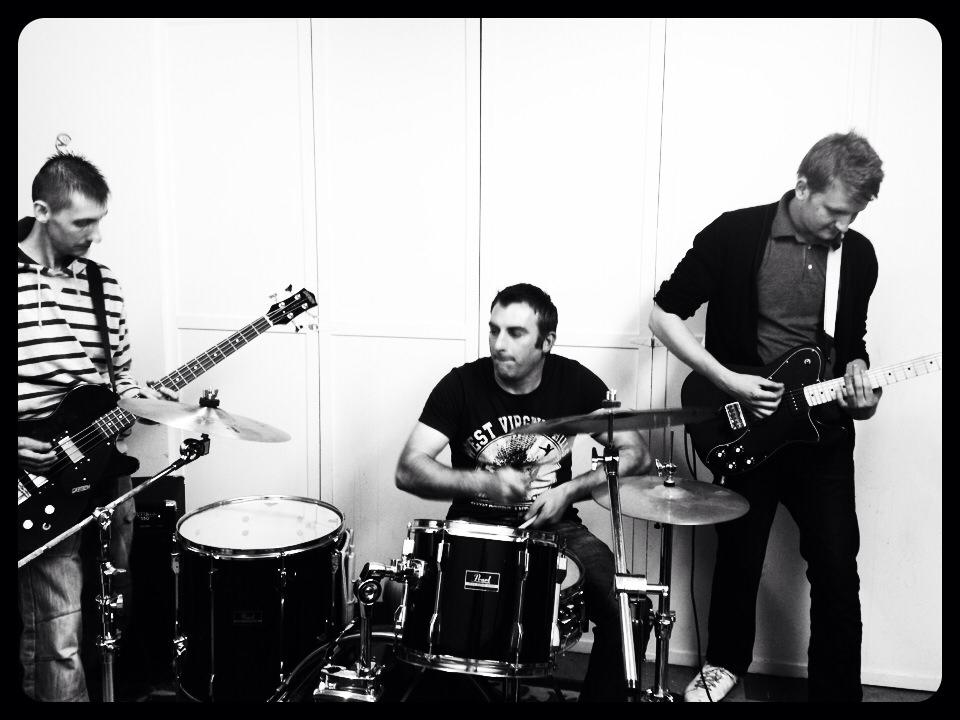 The Alarm – Rhyl based chart band of the 1980’s, Mike Peters (voc,gtr), Eddie MacDonald (bass), Dave Sharp (gtr), Nigel Twist (drms). Orig called Alarm Alarm having decided to reinvent themselves after ending Seventeen. Played their debut gig at The Victoria Hotel, Prestatyn 10.06.81 & in Nov Rel 2000 copies of 7″ Unsafe Building / Up For Murder on their own White Cross label. In Dec the band become managed by then U2 agent Ian Wilson, finish the year playing with U2 at the Lyceum Ballroom on 21.12.81. more…

Alarm Alarm – original name for The Alarm after they ceased being Seventeen. Soon changed their name after John Peel complained about double-named bands such as Duran Duran, Talk Talk & Alarm Alarm.

The Alarm (mk2) – began as a continuation of Mike Peters‘ solo project to coincide with rel of the complete Alarm back catalogue on CD with a bonus CD specially rec by Mike, unique to each individual issue. Feat; Mike Peters (voc,gtr), James Stevenson (gtr) [ex Chelsea, Generation X, Gene Loves Jezebel, Kim Wilde], Steve Grantley (drms) [Stiff Little Fingers], & Richard Llewellyn (bass), replaced by Craig Adams (ex Cult, Sisters of Mercy, Mission). American tour in latter part of 2000 brings renewed interest in The Alarm & rave reviews from the US media. Line up continued and rel new single Superchannel (on EMI 6.2.06), entering UK Charts at No.24 and LP ‘Under Attack’ (20.2.06). The follow up single Rain Down was promoted by a week long series of ‘Alarmcasts’ broadcast via the website (Jul06), it was rel in download only format but bizarrely EMI messed up and Alarm fans got Placebo when they ordered the single! Supported Psychedelic Furs across USA (Jun/Jul07). Releases became prolific after 2009. Grantley is replaced by Archive drummer Smiley (ex Joe Strummer) in 2010. And Mark Taylor (keys) became a permanent fixture (2011). (website)

Alisons Refrigerated Delicatessen (A.R.D) – Bangor based alternative rock band (1992-94) feat Warren Dyson (gtr), Dyfed Russell-Hughes (voc), Jason Lee (bass) and Russell Dyson (drms). Played gigs in Trax and the Normandie. Songs inc Spontaneous Combustion, Get Out My Telly (about Jim Bowen of Bulls Eye) and Jesus Handles (about Leon ‘Fubar’ Cragg’s driving) it had a storming chorus. The band also did a punk cover of 2-Unlimited’s ‘No Limits’. They once got into trouble for breaking into a building site and driving JCBs around, and got their name from a shop in Llangefni. Dyfed is rumoured to have worked as an ice cream man. Warren, Russell and Dyfed went to live and work in Warrington. Jason is shacked up with the SFA fan club!!

All About Freedom – one-man hardcore project by Steve Brute (c2005). Put together after The Cox had split up and before Global Parasite formed in Colwyn Bay. Steve also played in Minus Nine Lives, BBR, Spam Javelin, Chugga. Recorded an EP but songs were used by Global Parasite.

Amser / Time – Nightclub (and venue), based in the students union in Bangor, was a regular haunt of students and local residents alike until it closed in 2010 to make way for the new Pontio building which is expected to be completed Sep14 Amsterdam – 1977 Rhyl punk band formed from the ashes of Stripey by Steve Allan Jones (keys,voc), Dave Parry (gtr), Gary Jones (drms) who added Steve Oldfield (bass) (later of Misery Bros) & Eddie Macdonald (gtr). They sounded a bit like Elvis Costello/Stranglers. Eddie left after Steve wouldn’t let him do one of his songs in the set (he couldnt write songs for toffee at that point!). He teamed up with Mike Peters as The Toilets & Amsterdam carried on with Dave Parry replaced on gtr by Andy Holt. Played loads of gigs in the north west, often booked the Little Theatre, Rhyl & asked other bands to support them. Biggest gig played was L’pool Uni at the Radio City battle of the bands contest. Also played the Scala, Prestatyn where (possibly) Seventeen supported, & with Siouxsie & The Banshees at C.Bay Pier. Did a demo in 1978 feat; Nights On The Street. Band eventually split up in 1979. Not to be confused with 2001 indie band of same name. (website)

Simon Andrew – (Simon Gardner). Owner of Rockcliffe Studios, Llandudno. Almost became a teenage sensation on the crest of the (mid80s) Wham! era, to the extent of being a Sun Page 7 Fella (!), with 2 self penned singles So Confused & Call Me Now (Don’t), one of which was a hit in Yugoslavia. Appearances on children’s TV & media exposure, incl, front page of Jackie & Fab mags. See also; Trinity, Dare, TKRK

Andy Hamer’s Beard – guise for Howlin’ Wilf & The Broken Fingers from Rhyl. Andy Hamer was their drummer who says, ‘We played The Grapevine in Old Colwyn; a tiny, sweaty cellar, which crammed about 100 people into it, a muso’s paradise, if you wanted a musician, just turn up there and ask. We backed Victor Brox there, brilliant gig. We also tried to create the Musicians Collective staging local gigs, mainly at the Bee Hotel [31.7.88], The Wilf and Misery Bros were the 1st electric bands to play that venue, with the help of Jeff Blythin and the Bees Kneez, some nights they were too, crammed to the roof.’ 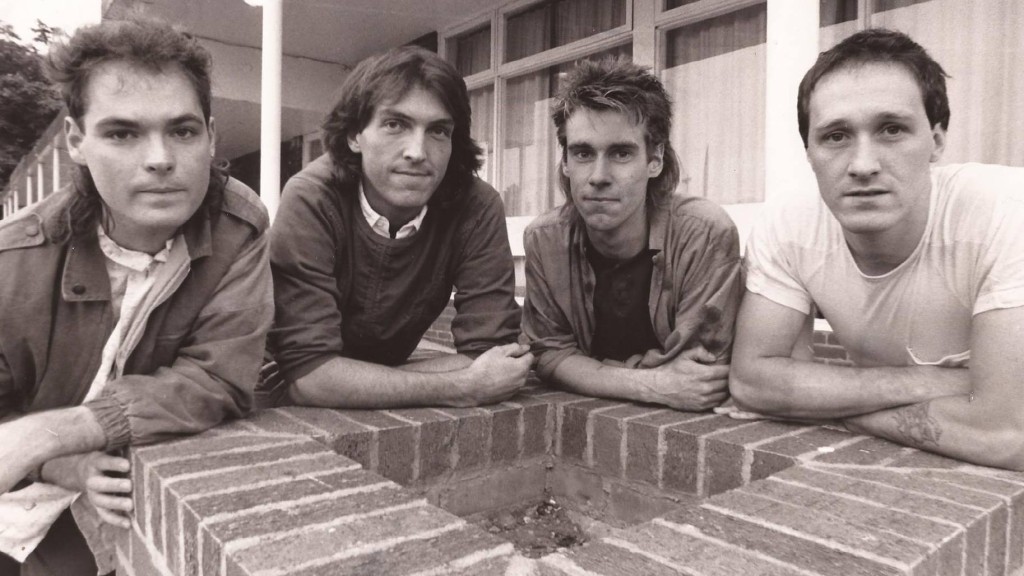 Angelshare – Kelvin Tonner (Owner of Stable House Studios) designed and built Angelshare Studios at Ewloe Castle.Uprgrading the 350yr old site took almost 6 months to complete during 1993/94. It laterfeat in Pro Sound News as one of the only new UK Large Studio Build’s of the time.It wasn’t long before major artists began using Angelshare to record and mix whole albumsas well as EP’s and Singles. Kelvin worked as either Engineer (sometimes Producer) on almost every session that came there during 94-96. Artists include; John Martyn, The Oysterband, Reef, Mansun, The Farm, Gorkys, The Benjamins, Incantation. Angelshare Studios was considered a very creative environment for many artist’s. There maybeplans for it’s return. Watch this space.

Angof, Yr – guise name for Llanrwst based Oblivion in order to get ‘Welsh only’ gigs

Anglesey Strangers – rock’n’roll band from early 1960s tipped for bigger things but nothing ever came of it. Feat; Bryn Chamberlin, Gordon Humphreys. S4C aired a documentary c1997 on the band. Lemmy also hung out at a few rehearsals. Band were heading for stardom until their manager, Joe Meek committed suicide by shooting himself in the head in Holloway (03.02.67). More info req’d.

Recordiau Anhrefn (Records) – label set up in 1983 by Rhys Mwyn initially as an outlet for his band Anhrefn, made a significant breakthrough with John Peel playing tracks off the compilation Cam o’r Twyllwch. Rel Welsh language leftfield-alternative acts such as Fflaps, Datblygu, Llwybr Llaethog, Cyrff. Rhys resurrected the label and began releasing English acts such as Beastellabeast (2009). In Sept 2020 a Best Of… compilation was issued digitally and a month later Anhrefn’s debut 1984 single was reissued on bandcamp (discography)

Ankst – record label started as a part-time venture in 1988 by Alun Llwyd & Gruffydd Jones, with Emyr Williams (Emo of Sciencyn Trempyn & Arfer Anfad) joining much later, the label became a full-time concern releasing Welsh-language pop of varied styles by the 90s. Described as one of the most prolific, eclectic & innovative labels. Though the Super Furry Animals moved on to the big-time Creation recs, they were still managed by Ankst along with Gorky. Notable rel; A P Elvis, the Fifth Anniversary Collection. Feat 15 tracks from the likes of Catatonia, Ian Rush, Ffa Coffi Pawb, Gorky’s Zygotic Mynci, Fflaps, Beganifs & Datblygu. A great introduction to modern Welsh-language pop’s Zygotic Mynci. (discography)

Aslan – celtic-folk rock band formed at an Anglesey commune in 1975 (anyone know where?) by Malcolm Owen, Paul Fox and Paul Mattocks (now in Silverback) who returned to their native Hayes, Middlesex once the commune collapsed (in ’75) and went onto form The Ruts. More info req’d

Astro Monsters – Orig called Invasion of The Astro Monsters, from Colwyn Bay (1990-93), feat, Robin Reliant (later of Sons of Selina, PSST & ex 4Q), he formed this outfit after being relieved of guitaring duties by 4Q in summer 1990). Robin wrote & rec all the material with his brother, Adam Hemuss singing the very long songs such as Octopus, Creature Feature & Crosstown Traffic, & Dave Slave on bass. Heavily relied on the Madchester-Ned’s Atomic Dustbin- EMF sounds of the time. 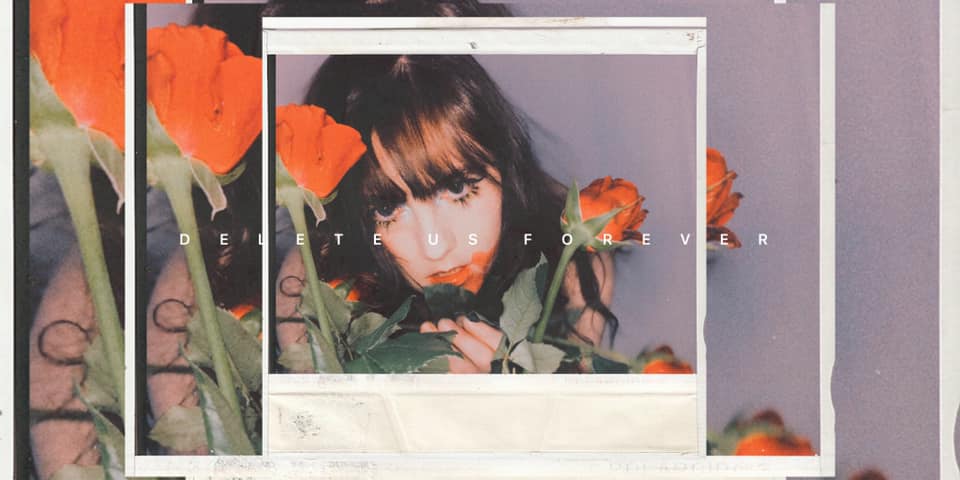