Hawaiian Surgeons – early 80s band who regularly played their Christmas Ball bash at the Lions Den in August! Is this this same band who rel 7″ Better Things To Do on Accolade in 1985 ? More info req’d

Headcase Ladz – hip-hop band formed 1989 under the name Mortal Danger, but changed to Headcase Ladz in 1992. Rel demo “Ripping Up The Rule Book.” 2nd demo “Steel Toe” (’93) saw a change of direction. In ’98 rel the ‘Wonky Edz’ album on their own Wonky Wax label which featured the whole Killa Wales collective including Shonky, Fog Scratch Leg (Junior Disprol), Little Miss and DJ Cuz. The follow up to this with a similar line up and style was ‘Straight From The Donky’s Mouth’ in ’99. New LP “Superlube” on Mighty Atom (Jun02). (website)

Hoax – superb fanzine dedicated almost completely to pranks & hoaxes, from schoolboy pranks to the greatest hoaxes of the century. Ran for at least 3 issues 1991-93. Edited by John C.S. Quel (or Johnny Datakill) of Brecon, Powys.

Hobgoblin – Newport band (mid-late 90s), which nobody would admit they liked, yet one that never played an empty venue. Every gig had a theme, be it ‘fishing/injuries/sport/etc’. More often than not Mr Phil Lemon (voc) would brandish his trademark mikestand ‘the mop and bucket’, cleaning the stage furiously during the guitar solo, whilst wearing his rubber Hobgoblin headpiece! One of their best ever gigs was played in white papersuits and safety spec’s whilst they fumigated the venue/audience!… Phil Lemon is now an author, other members of the band continue to play in and around (with) other groups in the Newport area, incl Dave Strawbridge (gtr) (Z List Celebrities), Tim Gough (gtr), Gray Noone (bass), and Dean Poole (drms). Gray & Dean quit in 1998, so Dave moved to bass and Alan Pope (drms) joined. Split then reform in 2007 with Tim, Dave, Gray and Andy ‘O (drms) (who leaves Jan09). Then Tim & Gray and Liam (bass), Mike (drms) join! (website) 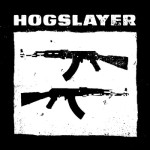 Honey Rider – Swansea band (formed 2003), feat; Mallika Tucker, Russell and Toby, considering they never rec anything and only performed about 6 gigs, as far as I can make out, Mallika’s good at self-promotion, isn’t she? (But then she’s good at most things she touches and I’ll forgive her just about anything!). Last heard they were looking for a new guitarist, but Mallika’s so busy with Tunetown, Euphonium and sundry other things that it may be that the band will not be resurrected.

Hopkin, Mary – 1960s singer-songwriter, orig signed to The Beatles’ Apple Recs. Prob most famous for her song Those Were The Days, which she re-recorded the vocals for a remix track at Strongbox Studios in Penarth (Sep02). Now lives in Cardiff