The Breeding Ground – An Open Letter

TBG Organizers Response To Newspaper Articles in Daily Post, The Visitor and The Journal concerning the closure of The Breeding Ground @ Celebrities. Rhyl.

Once again TBG finds itself on the receiving end of unchecked newspaper reporting. The organizers of TBG are seething at being blamed for the closure of Celebrities in Rhyl, to be also branded as ‘greedy’ is an insult and an outrage! It would appear that Mr. Hughie Shaw in his desperation to regain his entertainments license had to point the finger at anyone and everyone but himself. The fact that newspapers (for the 2nd time this year) ran an article concerning TBG without 1st checking the facts is a disgrace.
END_OF_DOCUMENT_TOKEN_TO_BE_REPLACED

The Breeding Ground in Rhyl was issued with an enforced 24 hour closure warrant by police an hour before the doors were due to open for Casino, Innasense & Homespun‘s live performances. This is the latest in a number of attempts by the police to tackle reported under age drinking at the venue, even though it goes on at all the establishments in the town, TBG crew feel they have been targeted because it is an alternative venue. Ben Jackson of Rhyl band Fudged summed the situation up pretty well when he suggested that now there’ll be 150 kids between the age of 15 & 18 out on the streets, unchecked & drinking & getting into trouble. At least in the venue the security meant that there was very little trouble.
END_OF_DOCUMENT_TOKEN_TO_BE_REPLACED

The Breeding Ground as we know it has closed its doors to its present form. Paul Hammond & Steve Buckley picked up the pieces from The Stand that ran at Celebrities Nightspot last year & masterminded a plan to put the area on the map. It didn’t take long; from that opening night which saw Carbonari, Carbon Atom & Fudged grace the stage, the venue went on to host some memorable evenings every fortnight. A total of 18 shows since that February had provided a new lease of life to a decaying town. Bands which really stood out were Carpet, Carbonari, Fudged, Pocket Venus, Fubar & Flinch, but everyone who played there can be proud to say ‘I played there.’

Unfortunately there’ll also be a few of the crowd who could boast that they contributed to the eventual closure of the venue, as Rhyl continues to have an element that will shit in its own back yard & inevitably slip in it. Paul Hammond stated that he felt the nights were getting stale, he had started running at a loss, security was a concern. He did it out of enjoyment & when people started having a go at him when he was making his way home, he realised that it wasn’t worth it.

However, he does have plans to relocate the venue & host shows once a month, ‘less events, more quality,’ is what he told me. A quick look at the link2wales gig guide is testament enough that there is now a gaping void where once the Breeding Ground stood.

A very local feel – Hitchcock had planned to have a live birth on stage but the drummer’s wife chickened out last minute & opted for her local hospital instead. Thankfully Carpet were on hand to fill the spot with 24 hours notice.
END_OF_DOCUMENT_TOKEN_TO_BE_REPLACED 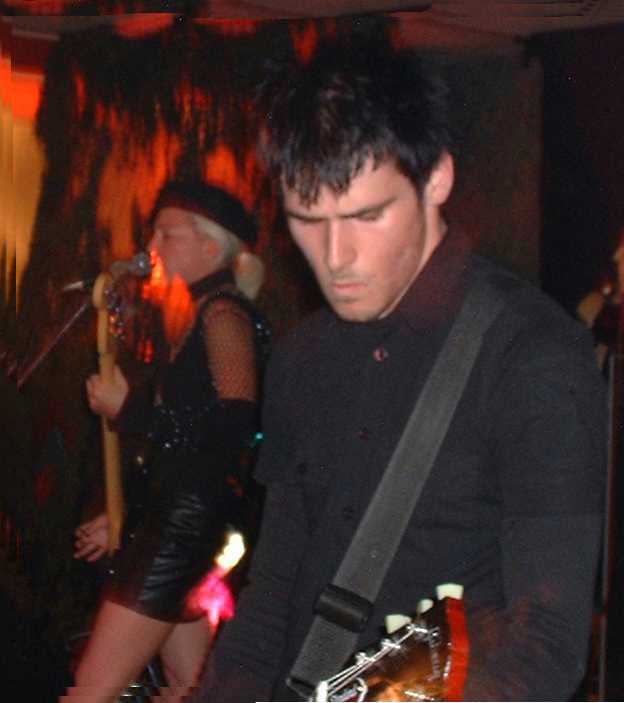 The peasants are revolting, the revolution has begun & about time too. The backlash against the manufactured plastic sugar coated vomit inducing likes of Westlife, 5ive, Steps & their talentless ilk is underway. Limp Biskit are No1 in the charts, kids have found identities, be they punks, skateboarders, cyberpunks or townies; they’ve had enough of being force fed record company drivel – they want culture. END_OF_DOCUMENT_TOKEN_TO_BE_REPLACED