Once again, I find myself in Neil Crud’s debt, he seems to have managed to galvanise me into action when all else had failed. I mean, when he invited me to do a blog for link2wales a month ago, there was nothing more than a holding page on my website, The Magic Net. And that had sat there, all alone, for some eight months. But now, a mere month later, and I’ve added over 20 pages of content! It’s party time here again, we’ve wound up the gramophone and we’re stage-diving off the coffee table into a pile of slightly soiled copies of the Radio Times. It’s rock & roll, I just don’t care, sometimes I even slip off to bed without my Horlicks. Bring it on.
It’s been an interesting month. Not just in the sense of nostalgia for an underground label that fizzled out a decade ago, but for how much of it all is still going on now. The way we all communicate and how music is distributed may have changed (whatever happened to cassettes?), but that sense of a network still seems to exist, and we old timers from ‘the day’ seem to be quite warmly remembered, which is kinda cool. I’m planning a few interviews, as I build the magazine content of the website, with some of the key players in that network. First up; Lord Litter, a man you could only describe as The Patron Saint Of The Underground. He was my inspiration when I first got involved in the international scene in 1991, he’d already been around for a while, he’s still there now. A fascinating guy with a lot of interesting stuff to say (and a serious dislike of corporate music promotion). I’ll also be talking to Kev Trundley, whose Trundley Experience was one of the first underground distros I ever came across, back at the latter end of the 80’s. He later made some quite ear-bleeding sounds under names like Acidfuck and The Purple Better One. You can only hope his kids don’t have to do ‘show and tell’ at school…

Going back through all our old best sellers charts was a great journey; sticking on some of the compilation tapes (laugh all you like, I had a Sony Walkman decades before you had an iPod!) and hearing all those great bands again. Oh wow. And, by some strange coincidence, our top two selling artistes of all time were from Wales. Small world, but you wouldn’t like to walk it; especially the wrong end of Rhyl on a Saturday night. At No.2 was the self-styled Bard Of Ely (the posh bit of Cardiff), the force of nature that is Steve Andrews. He lives in Tenerife these days, but I’m sure he misses that council estate in Ely every day of his life. Top? Oh, come on, isn’t it obvious? Yes, it was your very own Neil Crud’s Sons of Selina. He tells everyone that will listen that Sons of Selina were responsible for my first million! 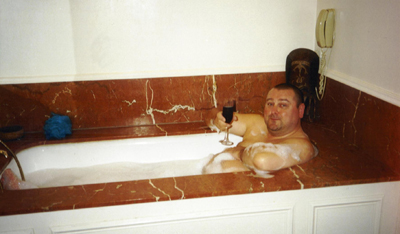 Honestly, he’s such a joker. I was reclining in our marble bath the other week, sipping at a pleasant pinotage, smiling at his cheeky suggestion of financial impropriety. Personally, I think it’s just bitterness because my Wimbledon beat his Rhyl suburb team (Liverpool) in the ’88 FA Cup Final. He’s never quite got over it. Some people are like that. And anyway, just how far would Sons of Selina have got if I hadn’t got them that gig in the White Hart in Frimley? Exactly!

Talking of football related grudges, the weekend just gone was something of a milestone for Wimbledon, given that we (the proper Wimbledon, AFC variety) had to cross the River Styx to the dark kingdom to play the phoney Dons; Franchise FC. There are no Wombles were they come from, trust me. The odd concrete cow, maybe, but definitely no Wombles. It’s been a bit of an emotional journey ever since the draw for the second round of the FA Cup was made. Though, once again (two years ago we were also drawn against them subject to replays, we won ours, they fell to Stevenage, we laughed and pointed at them), it was down to second attempts at our first round opponents, I had a gut feeling it was actually going to happen this time, though I think all of us would rather it hadn’t. I was in the “I would never set foot in that soulless shithole under any circumstances” camp, if you’ve ever been to M****n K****s you’ll understand why. About 3,000 of our supporters took the “it’s our team, we’ll be there and support them, but will probably need to spend a week in the shower afterwards” stance. Although I would rather have seen the away end completely empty, I have no problem with their choice. We watched the game on TV, of course, my boycott couldn’t have gone as far as pretending it wasn’t happening. I don’t think a 93rd minute winner has ever hurt quite so much, but I was very proud of my team. To take on a team some 40 places above you in the league and battle them till the dying seconds, the lads got to walk away with heads held high. I like my football like I like my music; I’ll go with the underdog any day! 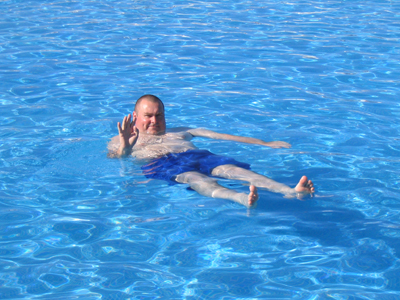 Which takes us back to Neil Crud; I really must ask him if he’s game for an interview too. I mean, the best selling M&E band of all time, be interesting to hear what he has to say about it all. Oh, I’m sure he’ll start on about having paid for our first Ferrari, but I truly hope he doesn’t really spend all day sitting by his doormat waiting for a royalty cheque that never comes, I’m not sure I could bear the guilt. I remember laying back in the pool at our villa the other week laughing about his glib humour. Honestly, the very idea that Sam and I were creaming off from sales of his “Ambition” album, ha ha ha, how silly. There were three other albums too. No, seriously though, the whole concept of Music & Elsewhere was that the income generated by the more successful bands would help finance the promotion of those that were struggling to be heard, and God knows there are always a lot of those around. I used to be amazed by some of the support we got for the project, especially when we were offered the chance to release a tape by Inner City Unit’s Judge Trev, sadly no longer with us, & Nik Turner. I mean, it’s not as if they needed us to give them a bit of promotion, is it? “Judgement & Thunder” (M&E 440) became the biggest selling M&E tape release, maybe not surprisingly, and I will always be grateful for the extra opportunities to shine light on quality unknown music that it paid for. The second Ferrari went down quite well too. 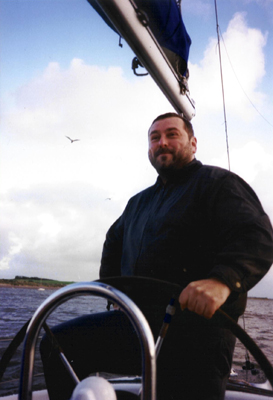 So what next? As I was telling you last month, I’ve been planning this Magic Net website for ‘a little while’ now, I’m pleased I’ve finally got the push I needed to get it going properly. There’s still a very big underground out there to explore, not least in finding out what many of those great M&E bands are up to these days. I’m also chatting to The Conspiracy at the moment, they were our best selling English band, so you probably don’t care about them then. But they were really quite good. For an English band. Did I mention Lord Litter was Welsh? Of course I didn’t. That’s because he’s German. But he’s talented enough to be Welsh. Trust me, I’m a spaceman. And there’s an interesting article on the site by Jaws Of The Flying Carpet front man, David Bohatyretz. He’s from Canada, which you can see as Very West Wales, if you like. He believes in the Falun Dafa faith (if ‘faith’ is the right word?), the practioners of which seem to be getting a very raw deal from the Chinese government. I don’t want to limit the content of the webzine to underground music, ya see, rather more expand it to include the interests of the good folk that populate the global underground movement, whatever they may be. Give us a bit of time and I hope it’ll be an interesting read, not just filled with Neil Crud’s accusations of my embezzlement. No, honestly, I’m sure he’s just kidding really. He knows in his heart that the money was just resting in my account. Probably bought the novelty “threatening solicitor’s letter” from a joke shop in Bangor. I was thinking about his jovial ribbing while I was out on the yacht at the weekend, I think he knows that all the money was genuinely spent on promoting a lot of fascinating music and not squandered on wanton luxuries at all. Um, just wondering, Neil, do I get paid for this blog? I don’t like to ask, but Samantha’s just seen this Prada handbag in Argos…