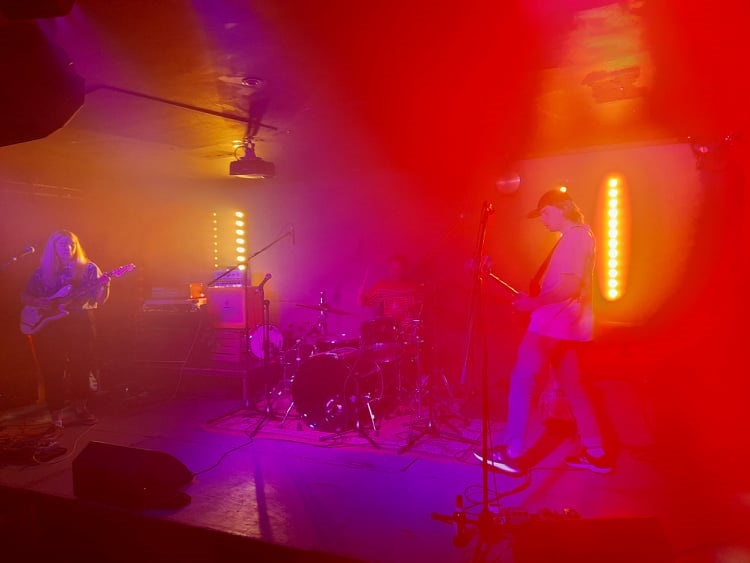 If I lived in a city I’d be poor and deaf, but enriched from all the live music available. So a Monday night in Norwich on the final night of our city break it would have been rude not to visit the excellent Voodoo Daddys Showroom again. We arrived a little late as Pink Lemonade were packing up their stuff, receiving plaudits and swiftly speeding off into the night.

So this allowed a little time to enjoy the piped alternative music downstairs. The cool bar is staffed by friendly faces serving good beer and great pizza. Not too dissimilar to our own (almost) local venue, Outpost in Liverpool. Upstairs has a great live room; close and personal low stage, lighting and a carpeted floor.

With a name like Tundra you’re gonna have to do some research to track them down. We learnt that they had made the short(ish) journey up the A11 from their native Bury St Edmonds and they’ve been going for a few years and been spun on 6Music. An online search with time running out didn’t bear any fruit to see them with pre-loaded conceptions, so this was a voyage of discovery.

Playing their first show since martial law was lifted Tundra apologised for not being match-fit. Apology not required – this was an adrenaline fueled performance where they gave it all without trying too hard. Tundra are on stage and it’s pretty obvious this is their natural habitat, they’re relaxed, yet bursting with energy. 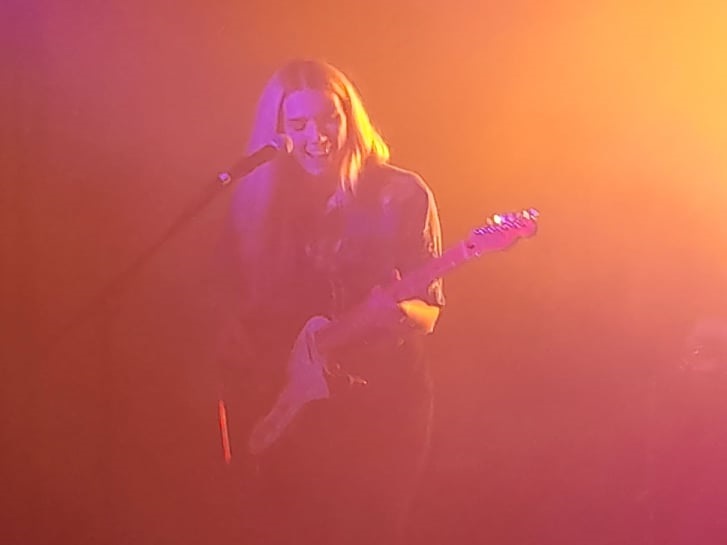 Caitlin on guitar gives as good as she gets, despite being tied to the microphone with the majority of vocal duties. ‘You’re scum, you’re a bum, you’re a waste of space, drinking wine from a box, take a punch in the face,’ she sings. It’s cool that she is not there as the focal point like a lot of bands tend to do (intentionally or not) – this is a band of equals, and a great band too.

Elliott and Elliot man the drums and bass guitar positions. Both work out as if on a mission to lose as much weight as possible. Tundra’s sound has a nice surfy-garage feel, with plenty of diversity within each song – from subtle to thrashy and back round again (love the pace and vibe of the long one about the beach sung by Elliot). The bass guitar has ‘Turd’ emblazoned in gaffer tape. Far from being a turd Elliot plays like a non-turd, playing runs like riding a bike; it’s second nature and there’s not a hint of wankery. The other Elliott knocked seven bells out of the kit; and you don’t need to be Sherlock Holmes to understand why support bands have to bring drum breakables with them when using the main band’s kit!

We left touring headline act Dream Nails to their set, feeling like outsiders rather than the inclusivity they were probably trying to promote.
Chuffed to bits on discovering Tundra and an insight into a vibrant scene in another part of the world.