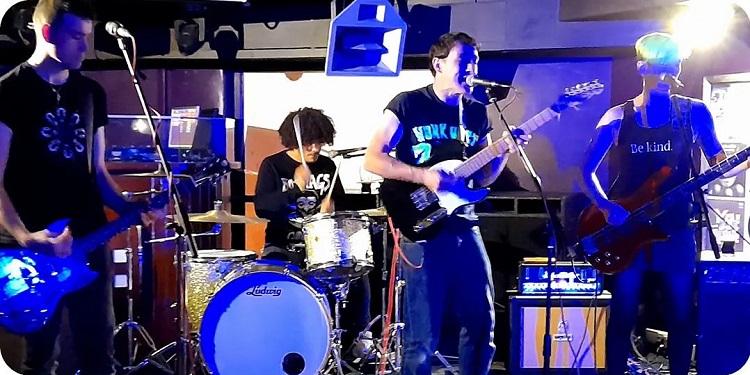 The Late Lounge is almost the perfect venue, great stage, great sound, great set up, great decor, and tonight a great band… What it lacks is punters… We turned up in our drove [singular] and had we not made the effort to peel ourselves from watching Songs Of Praise then this would have been a different gig for Sheepy – it would’ve certainly been a Ket party.
[pic above by tracey howarth]

It turned out to be an energetic and intimate performance from the four scousers on this Sunday night. Perhaps that is the issue… It’s a Sunday night (not that they’re scousers ha!)… Maybe Sundays should be set aside for some post-hangover acoustic sessions downstairs… Dragging people from their insular habitats is hard enough on a weekend, let alone on a Sunday night. Put it this way, there’d be no issue with social distancing in here tonight! That said, we, like sheep do, huddled together and prepared to be sheared.

Sheepy were ace… We got the full works and they thrashed through their punk-pop-tinged repertoire with no holding back. I’m more than eager to dismiss ‘pop-punk’ and this is an unfair description, as Sheepy have more depth than that. ‘Spiky-punk’ maybe? – ’60’s punk’ – ‘garage-punk without much of the garage or the punk’. Rich Phillips described them as Pixies / Buzzcocks / Weezer, and yeah, I can live with that.

Leaning more on their third album ‘Get Out My House’ (released in 2019), Sheepy were rewarded with our noise and appreciation for a great show. This was further extended with the volume of merch bought after they had treated us to the golden oldie, Ket Party, and an encore of Balloons (I think).

I believe they’re back this way in December – don’t be a dick, come out and see them… 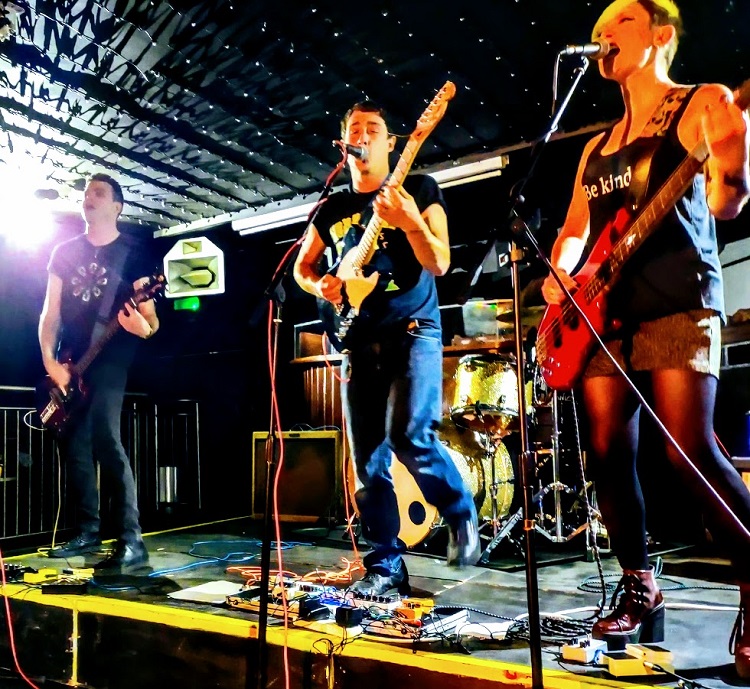