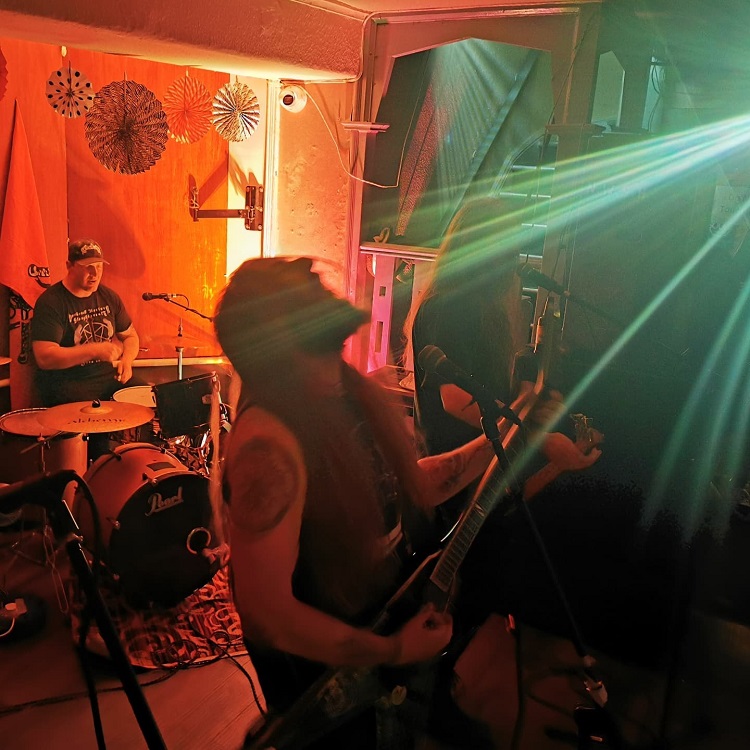 Round 2 of that crazy punk thing that happens at The Pavilion in Colwyn Bay. Fair play, with it being a bank holiday weekend and lots going on, there was still a decent turnout. 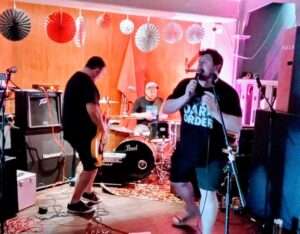 Football, paella and Hobgoblin put us on the back foot, and the early start time meant we sadly missed South Wales punk band The Woodsman. I’m listening to their EP ‘Castle Of Unrest’ right now on Bandcamp and am so disappointed to have missed out on their cool sound. Really distinct voice and great lyrics. 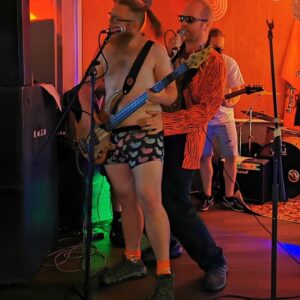 From Londonium, Monkish are on gig #3 of a four date mini-tour and brought the lighter side of life with them (and practice amps). A drummer, bassist (in his underpants), vocalist and THREE guitarists (although you could only hear one of them) gave us a feel good pub rock punk rock lavatorial performance. Subject matter raised some serious points like, 17p For A Freddo and Toilet Nazi. Good fun. 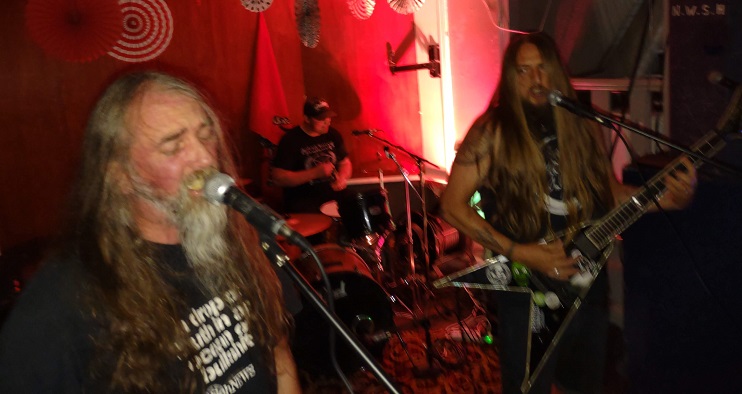 The break has done them good. With their most stable line-up to date, Emissaries Of Syn blasted out a huge meaty sound (not suitable for vegans). With new material that is a step forward, they quite literally blew the cobwebs away and our socks off (it was so fucking loud!!). Adding (God forbid!) dynamics to the songs rather than just simply a breakneck assault has given them a potency not seen before on the dark side of Conwy. The PA struggled all night and during the EoS set it actually gave up the ghost, affording the crowd the opportunity to chant along ‘The only way is ethics!’

Kid Klumsy have a very busy schedule ahead of them. Along with the rest of the bands they played in Bolton last night that turned out to be more of a warm up for better things. Tonight their singalong pop-tinged punk rock suffered from a PA that was not playing ball and they cut their set short. They were afforded the opportunity to plug back in at the end. 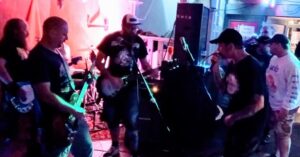 Enter Ill Gotten Gains – although from one of those Home Counties, this (very slightly) ska tinged hardcore band are fronted by our very own Ron, who used to rant for Rhos-On-Sea’s Out Of Use. And similar to his band of old, Ill Gotten Gains hammer out those tunes in a business-like manner but with smiles of their faces. They’ve been knocking around for quite a while (check their bandcamp). By now the wheels had been oiled and the jackets were off and the dancefloor became a moshpit maelstrom of blood, sweat and beers.