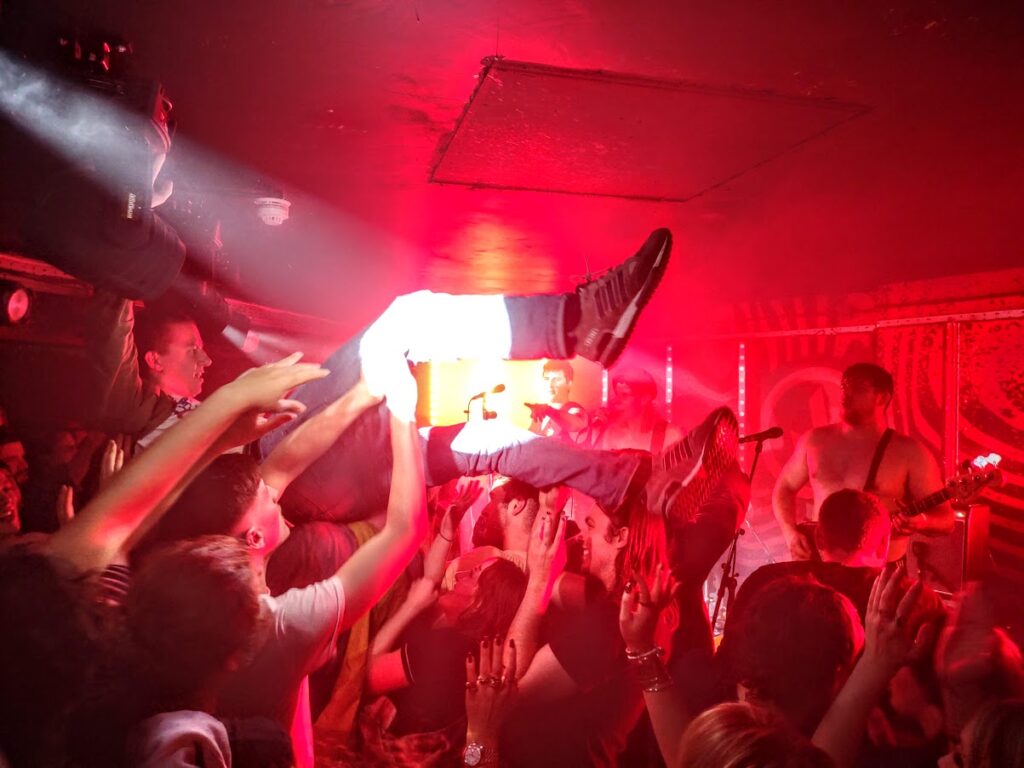 [pics below by tracey howarth] 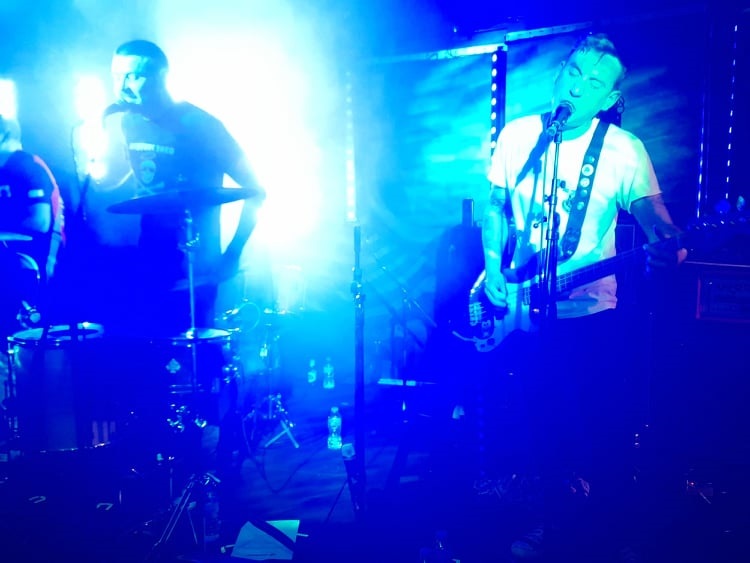 Jimmy’s in Liverpool is at the top of Bold Street and downstairs is this great little venue, hence the electric atmosphere tonight. Lighting the touch paper were Birkenhead punk duo, turned trio Crapsons. They’ve been making noises on the scene since their debut EP in 2018 and are noted for bass driven tunes, stand-up drumming and a wicked sense of humour. That humour is aimed at life as we know it; but not in a silly, gimmicky way; more of a wry swipe at our society and those who were elected to run it. Barely delving into the early back catalogue, Mike, Andy and new addition Pete (he’s on secondment from Mr Ted) performed a nonsense filled no-nonsense set, which included the new 30 second long Petrol. 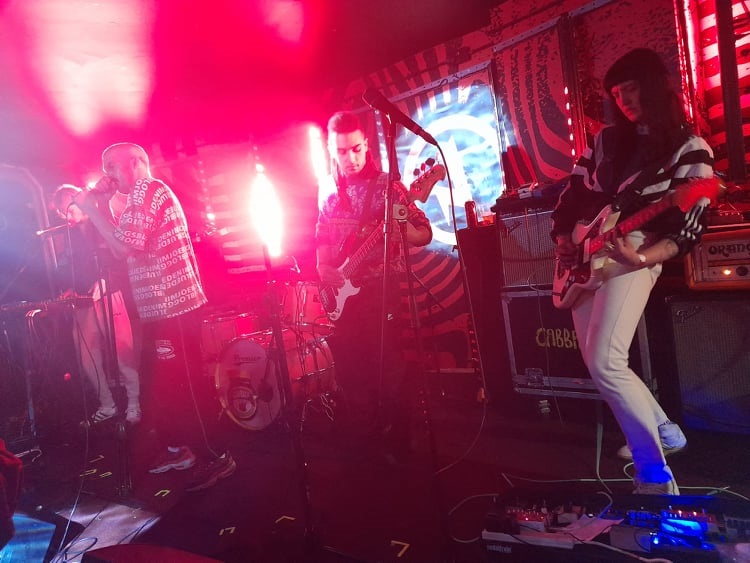 A couple of years ago I saw The DSM IV present themselves as this deranged, messed up disco-punk outfit with terrible dress sense. Although tonight, vocalist Guy McKnight was a little more reserved and didn’t walk across the audience (or the bar), he and the band were compelling to watch. That gig detracted from the fact the ex-Eighties Matchbox B-Line Disaster frontman actually has an incredible voice. He is absorbing to watch; one minute he’s in the zone and dancing like some drug-crazed E-head, next he’s drifted off into the ether. Guy is lost in the moment until he shakes himself from detachment and back to attention. Our attention has no chance of waning and I could watch Jade Ormesher’s guitar playing all night too. The world needs a DSM IV album…! 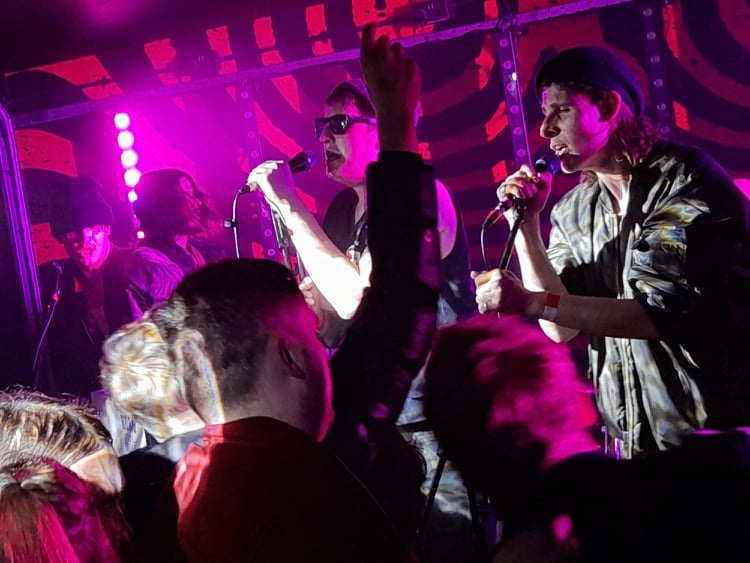 Cabbage are in party mode (as is some kid who has been helping himself to their rider). The audience is also in party mode and Jimmy’s erupts into a maelstrom of beer, flailing limbs, sweat and angst. It’s incredible to experience this many people being swept on a tide of punk rock; shouting song after song, word for word. I kind of lost Cabbage after their debut album ‘Nihilistic Glamour Shots’, not through any detriment to them, just I tend to stay below the underground. What I didn’t realise was how socially-politically driven these Mossley boys are. Their (our) true hatred of the Tories and the utter self-aggrandising bullshit we unbelievably suffer at the hands of these bastards is laid bare. Cabbage are far cleverer than a simple ‘Fuck the government’ three-chord trick, songs are crafted rather than written and they’re not afraid to delve into musical recesses and pull out rabbits that have been long forgotten, like the excellent Kevin off their 2016 inception ‘Le Chou EP.’
Of course, you’ll know all about that as you love Cabbage. Me? I’m about to rekindle mine, albeit as they’re splitting up.
Last year’s ‘Amanita Pantherina’ is on my Xmas list.