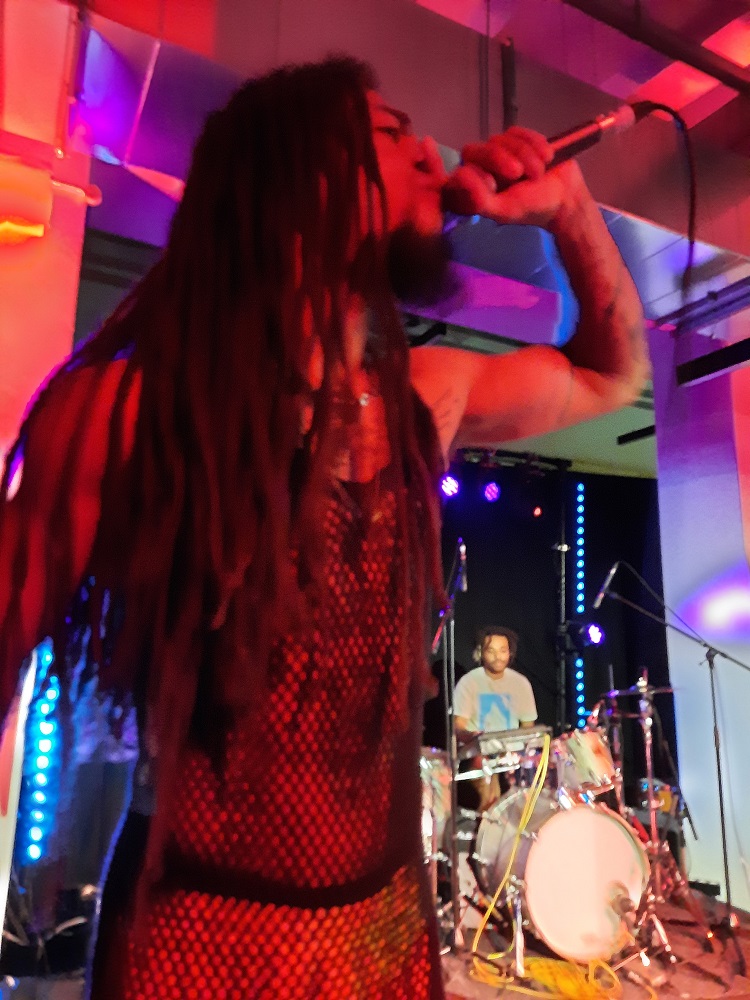 I got a message from Geraint ‘Ninja’ Jones the other week asking if I would give my radio show a miss for one night to go and see Bob Vylan in Wrexham. I thought about it for a second and thought yeah fuck it let’s go. 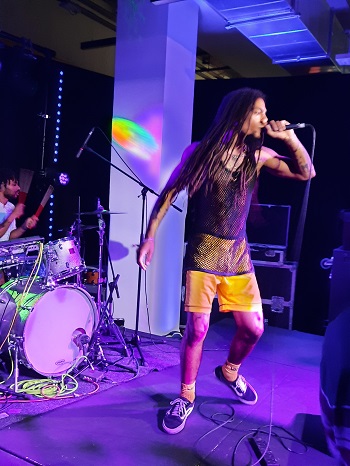 I’ve been playing Bob Vylan on my weekly radio show ‘Punk AF’ for over year now, We Live Here was the 1st track I heard and I thought it was ace. I bought the album but wasn’t keen on the grime stuff to be honest but the more punky stuff was definitely a winner for me.

Vylan is a divisive character, he’s confrontational but there’s no denying he is making big waves in the music scene and attracting fans from across different genres & ages, he’s just landed a support slot to The Offspring so he’s obviously doing something right.

Myself, Ninja, Colossus & Ninj Jr caught up with Bob Vylan at Focus Wales in Wrexham last week. The gig was being staged in the ‘Ty Pawb’ building, a stage was set up in the open market space which provided an intimate setting.

The place was packed when the 2 Bobs hit the stage opening up with Down. There’s great energy on stage, a live drummer works really well with Vylan prowling the stage spitting venomous lyrics, he cuts an imposing figure who completely owns the place and knows it. He even managed to take the piss out of Wrexham footy fans and not get killed….brave man! It’s only a short set, just 8 songs but they’re all great tracks, short and sweet it definitely leaves you wanting more.

Both band members stayed to talk to fans and take photos afterwards which is nice to see.

I was on the fence with Bob Vylan earlier but having now seen him live I can say he is certainly the real deal and well worth checking out.