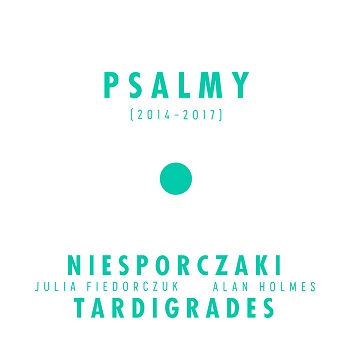 Turquoise Coal Records of Menai Bridge have made the dreamy sold out album ‘Psalmy’ available as a free download.

This collaboration between Polish poet Julia Fiedorczuk and Welsh musician Alan Holmes originally appeared as a CD included with Julia’s 2018 book ‘Psalmy [2014-2017]’. As it was only published in Poland and has since sold out,
‘We have decided to make it available to a wider World and to those who might not understand Polish but would still appreciate the work sonically.’

The poems are loosely inspired by ideas in the Old Testament Psalms of the same names/numbers, interpreted in a secular, non-religious manner.