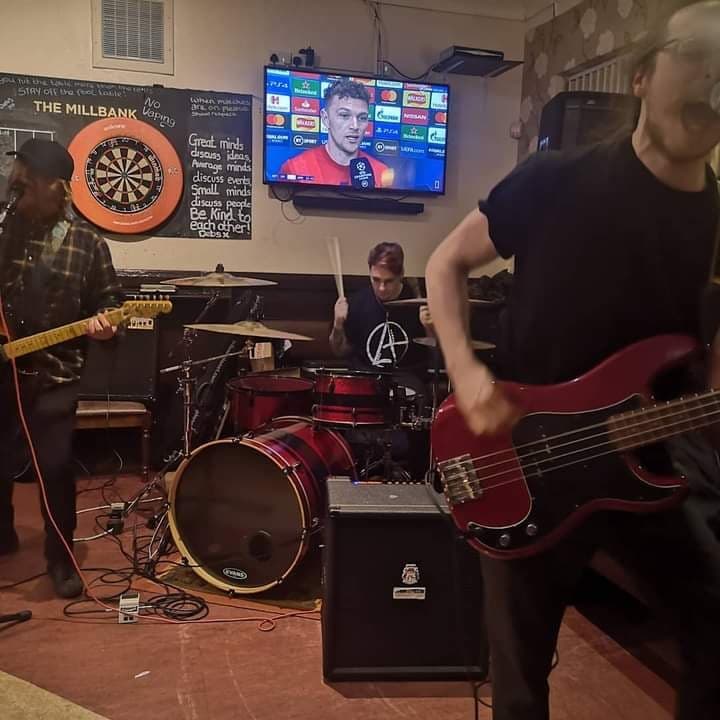 As I thought about this debut piece for link2wales I got thinking about the last live gig I attended, it was just a small punk show with only two bands and not many more coming to watch. One band are a well-known local band, whilst the other was a touring band who had been good enough to stop off in North Wales.
Maybe it was the live European Champions League football on TV that kept people at home, maybe it was the midweek night instead of on a weekend, maybe it was the fact there were only two bands, maybe it was the over-proliferation of local gigs?
I honestly don’t know. I do think that there are too many gigs for such a small fanbase. Gigs should always be quality over quantity. I’d rather wait a month or longer between gigs and have it as a proper event than have one or two every week in front of an increasingly small crowd. The Golden Goose has been well and truly throttled and stuffed.
But more than the lack of a decent crowd was something more concerning: the age profile of the crowd…
Maybe I should have entitled this piece “Where Have All The Young Punks Gone?”. I reckon the average age of a crowd at any punk gig in North Wales these days is mid-40s. Where are the younger generation? Or has punk rock run it’s course? Maybe it’s no longer the dangerous society-threatening protest music that it once was. Perhaps the young punks who railed against the establishment in 1979 are now part of that very same establishment: fat, middle-aged bank managers and solicitors.
Maybe punk was only meant to last for a short period, after all, isn’t it better to burn out fast than to fade away? Do today’s younger generation look at 50 year old men in tartan trousers and gelled up mohicans and just laugh? I probably would do…
I realise that I’ve posed far more questions than I’ve been able to answer, I don’t pretend to have any of the answers. I guess that the point of this article is to highlight an increasing problem in the North Wales punk gig circuit and to hope that it at least prompts a discussion so that when live music is allowed again things might be better. Or maybe the virus will have mutated and wiped out half the population by Christmas while the stronger half fist-fight in the few remaining supermarkets over tins of beans and Pot Noodle.
Punk’s not dead…..just yet.