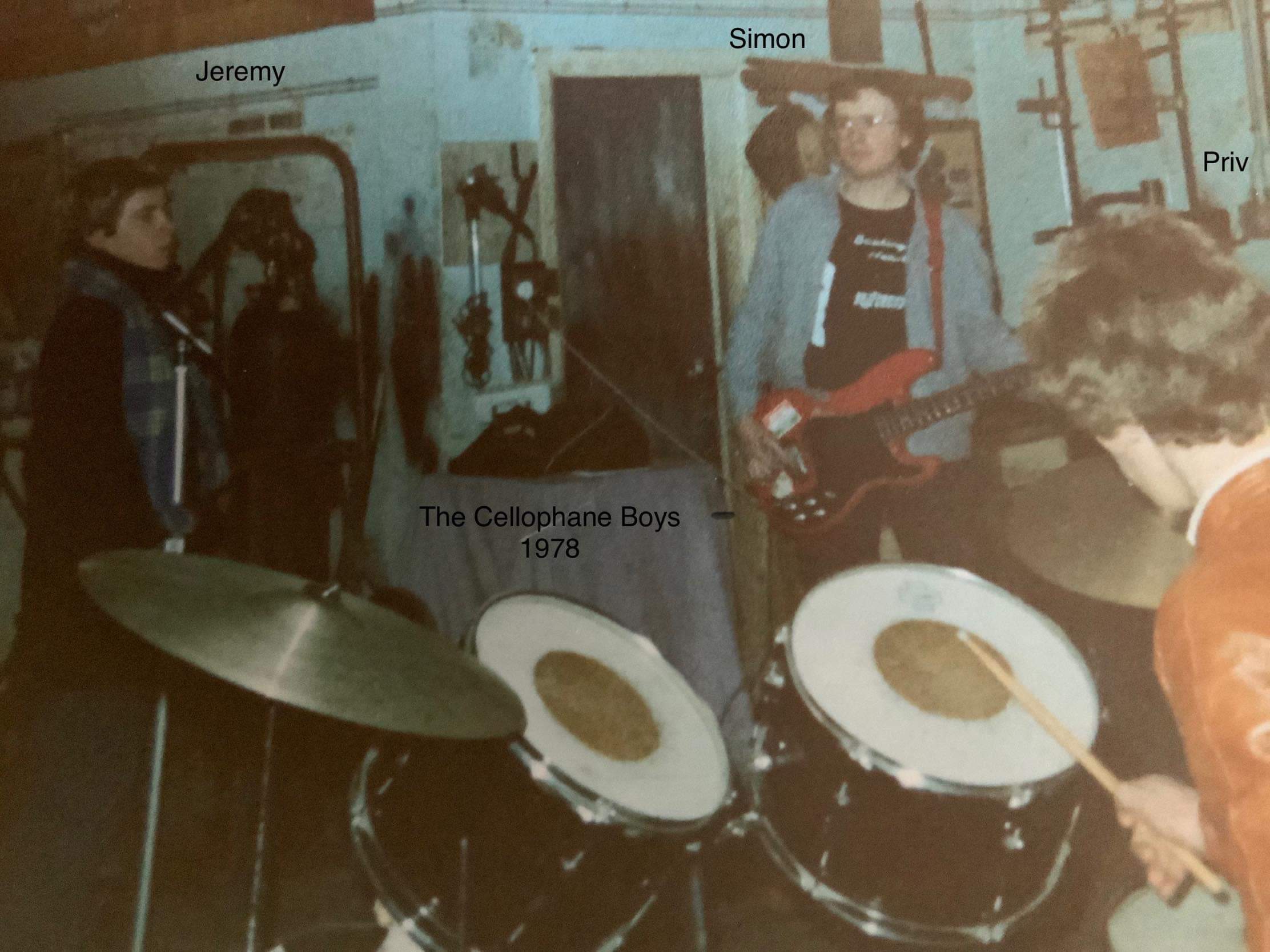 As a teenage punk growing up in Denbigh, you would hear about these legendary bands who used to play in Rhyl, like The Toilets, VOTS, The Vaj, Amsterdam and The Cellophane Boys. Being, like 12-13 years old, the chances of actually seeing any of them play live were very slim.
So to get this info on them is priceless… A version of the band recently got together to record the song Lies to coincide with the 2019 General Election.
From his lair in France, the band’s Dr Steve Roberts fills in all the blanks of this short-lived band… 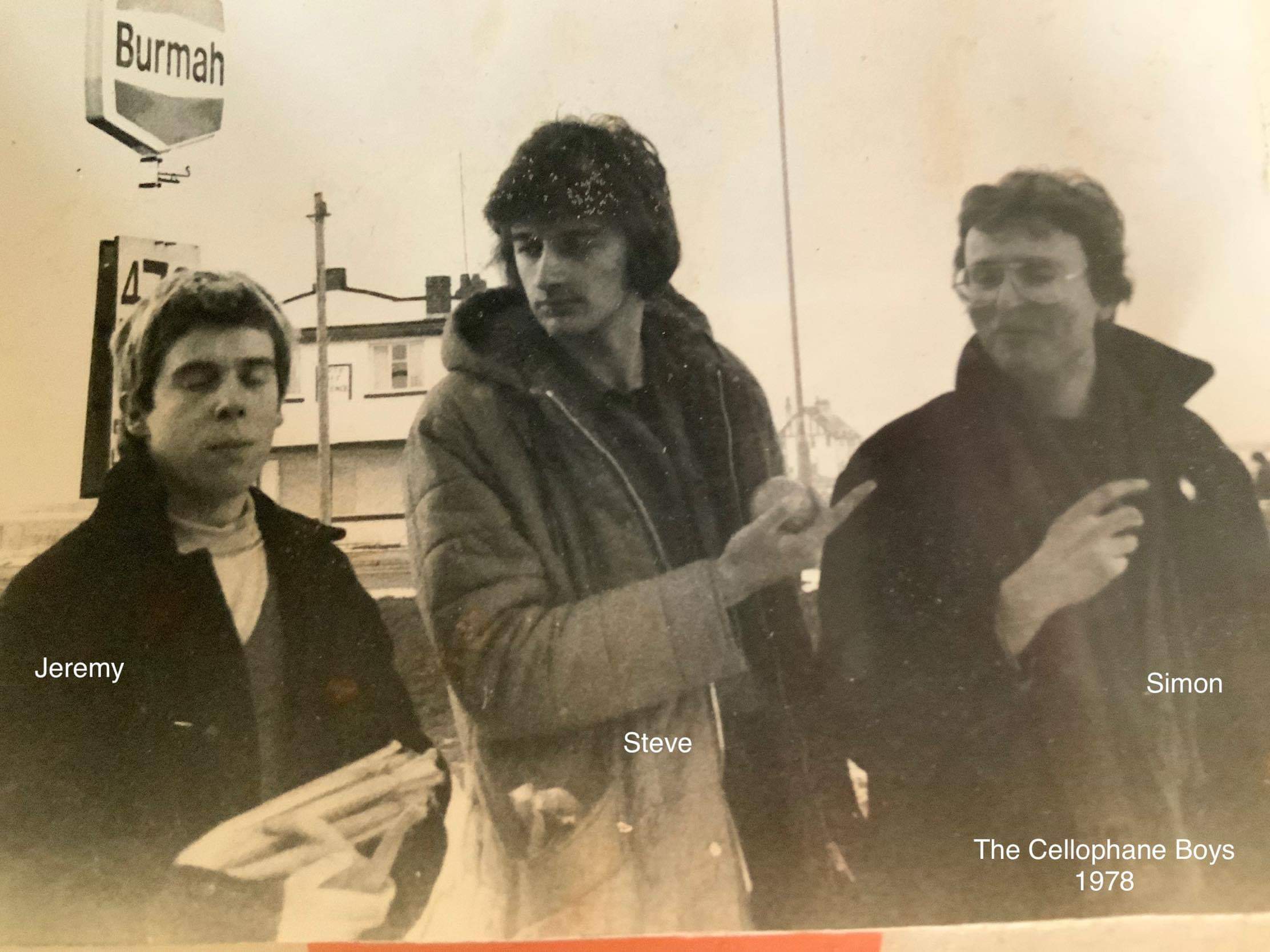 As remembered by Steve…
Simon and I met at school (Ysgol Emrys ap Iwan, Abergele) and had been messing about with guitar and bass for a couple of years – swapping records, going to gigs, etc – when the Sex Pistols happened and everything changed. All the old expectations about being in a band were no longer relevant. Anyone could do it.

In the autumn of 1977, Simon met Jeremy on an Art foundation course in Wrexham (I was resisting resitting my ‘A’ levels at the time). The three of us met up at Jeremy’s home in Denbigh, and we sorted out some music to lyrics that he had written. Jeremy was into Rimbaud and wanted the band to be quite ‘arty’. I would bash something out on the guitar and Simon approved, or not, with ruthless clarity (‘No, not like that! Play something else!’). We made some noise that we liked and then we needed a drummer.

Priv lived on my street in Rhuddlan, but I don’t recall who found out he played drums. Simon and I went to see him, he said, ‘OK’, and that’s how we made the band in December, 1977.

Our first gig at the 1520 Club (12th January, 1978) was a memorable event. Simon turned up in a state, late, hands blackened with soot. His dad ran a petrol station in Kinmel Bay and that afternoon they had a fire! The Fire Brigade were on strike and the ‘Green Goddess’ fire engine didn’t turn up until after Simon, his family and neighbours had tackled the blaze, using up all the fire extinguishers they could lay their hands on. As soon as Simon turned up, we started; I don’t think he knew where he was! We ran through our four songs, then played them all again, being spat on by the audience most of the time (some idiots believed the press hype about that being ‘punk‘). I remember Jeremy running around his microphone stand like a mad thing, being the ‘front man ‘ in his own unique fashion (so much more entertaining than the average rock n’roll singer).

We did three more gigs at the 1520 Club in January and February, 1978. Amsterdam [Rhyl band] also played at those gigs, but I don’t remember much about them, except their cover of You Really Got Me (The Kinks, 1964) that seemed to last forever.

We made front page news when we were booked by Simon’s College Student Union to support Planet Gong at the Assembly Hall, Mold in late March 1978. The local press whipped up a scare story about the people of Mold anticipating an invasion of hundreds of punk rockers (despite the fact that the Planet Gong audience were all hippies) and, when the national press picked up on the story, the student union panicked and banned us from playing. The hippies would have hated us!

We did our last gig at the Queens Hotel, Rhyl, in May, 1978, with John Soxx also on guitar. We had changed our name by then to The Instant, but nobody seemed to notice.

We did tape a rehearsal in May, 1978, but, as far as I know, that recording is lost. No other recordings are known to exist.

The band ended later on in 1978 when Simon went on to study Graphic Design at Camberwell College of Art and I went to study English and Drama at Goldsmiths. I met up with Jeremy, a few years on, after he had gone into nursing. I still have his handwritten copies of his lyrics for the songs (including his idea for an operetta called ‘The Bitter Tears of a Waitress I Have Known’). Quite a lot of Jeremy’s lyrics dealt with mental health issues, sexuality and social exclusion (reflecting his personal experiences) and, looking back, it seems he was way ahead of his time. I was sad to find out that he had committed suicide. I don’t know what became of Priv.

Simon and I lost touch for the best part of twenty years, then reconnected online. He and I get together now and again to rehearse and play gigs with Mouth To Mouth.

As The Cellophane Boys, in 2019, we recorded a version of Lies by The Toilets, partly in response to the incredible politics of recent times. We may, some day soon, get around to recording some of The Cellophane Boys songs (unfortunately, without Jeremy’s inimitable vocal stylings). 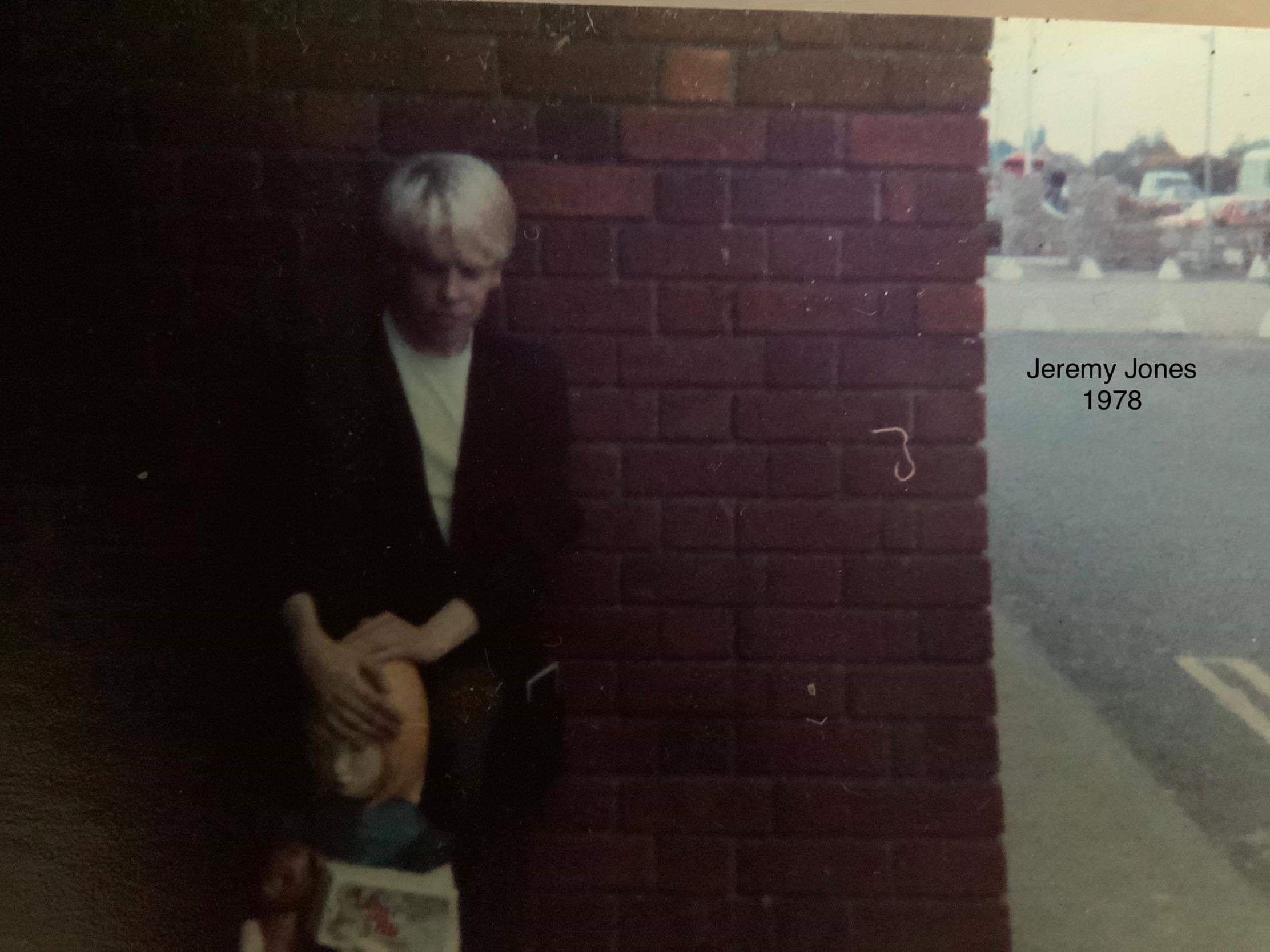