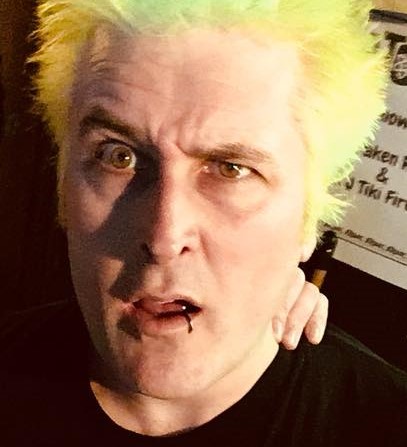 There Is No Depression In New Zealand – Blam Blam Blam

Most of the time this was a good thing. It meant that life for a Kiwi kid was simple, revolving around school, Rugby and plenty of outdoor adventures. Then puberty hit and no matter how idyllic my surroundings were, teenage angst, alienation, and unwanted erections conspired to turn my life upside down (not in a Will Smith way!).

This is where music properly entered my life. Music had always been part of my youth, both parents were fans of everything from Elvis and Abba, to Led Zeppelin and Deep Purple. My parent’s record collection was everything I listened to, and apart from The Wombles (thanks Mike Batt) I hadn’t really engaged with music outside of the vinyl collection in our lounge.

The double whammy of puberty and High School opened doors to a whole new world, a world where singers and bands said things and played music that directly connected with me and my feelings. They were writing these songs for me and me alone, or so it seemed.

Outward expression of my new passion would have guaranteed strange looks, shouts of derision or beatings. Hastings was a lot of things, being tolerant of alternative types wasn’t one of them! So outside of school hours I was either hanging out at the local record store or in my bedroom listening to my purchases.

One of the most influential singles of this period was by NZ group Blam Blam Blam, the song was ‘There Is No Depression In New Zealand’.

The song has become an alternative national anthem for NZ and looking back now I can see that it was born out of the same alienation, intolerance and socio/political problems felt up and down the country by kids just like me. 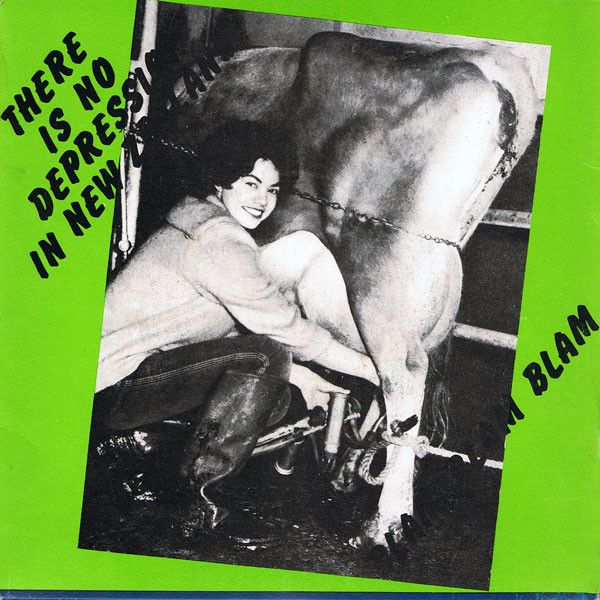 1981 was a period of upheaval in NZ, unemployment was rising, there was resentment of Prime Minister Robert Muldoon and his National Party (NZ’s version of the Conservative Party), civil unrest was on the horizon with the upcoming Springbok Rugby Tour and we had a whopping 40% sales tax on records and cassettes! (more about that tax next time).

There Is No Depression in New Zealand sarcastically presented the country as having all the same problems as other developed nations, all wrapped up in a perfect slice of post punk perfection.

The band, Tim Mahon (Bass), Mark Bell (Guitar,Vocals) and Don McGlashan (Drums, Vocals) played music that gives me goosebumps even now, 40 years later. And that for me is the mark of musical perfection, the times have changed but the songs still make my brain and body react like I was hearing it for the first time.

This song and the second single ‘Don’t Fight It Marsha, It’s Bigger Than Both Of Us’ (yes, the song IS as good as the title!) almost instantly elevated the band to the top of an exploding NZ alternative music scene and led to an album, ‘Luxury Length’. Sadly, their time at the top was short lived due to a car crash while on tour in 1982. Tim Mahon was seriously injured and this pretty well put an end to the band.

Tim eventually recovered and all members of the band went on to other projects, most notably Don McGlashan (The Front Lawn, The Mutton Birds). Blam Blam Blam have periodically reformed and their music has been passed down to new generations.

The best place to discover how great the band was is the 1992 release ‘The Complete Blam Blam Blam’, or if you just want a taste there is always Youtube as their music videos were delightfully low budget and odd. Check them out, it might just open a door to a whole world of music you didn’t know existed!