Once upon a time there was a band from New Zealand called Split Enz. They wrote great music and sold lots of albums, not just in NZ but around the world. They broke up and some members went on to even bigger things (Crowded House & solo success)……..this column isn’t about them, but it is about one of their founder members, Phil Judd, his band The Swingers and their hit song ‘Counting The Beat’.

Phil was born in the same NZ town as me, Hastings. If you’ve been following this column you’ll know that Hastings wasn’t a progressive place. Knowing one of my musical idols came from the same town as me gave me hope growing up. But as with most creative people in NZ, in order to find other like minded people you have to escape to the city.

Split Enz came together through the Auckland University and Art College music scene. Between 1972 and 1977 the band became the darlings of art rock, recording three albums, touring Australia, America and the UK and recording with the likes of Phil Manzanera. Often there were tensions in the band between main songwriters Tim Finn and Phil Judd which came to a head in a brawl while in the USA.

After leaving Split Enz Phil immersed himself in the NZ punk scene most notably with Auckland punks the Suburban Reptiles. Phil produced and played on their biggest single ‘Saturday Night Stay At Home’ and sometimes joined the band for live shows. Suburban Reptiles fizzled out and from the ashes rose The Swingers.

The Swingers were Phil Judd (guitar/vocals), Bones Hillman (bass) and Buster Stiggs (drums). This truly democratic band shared all song writing credits, made decisions together and avoided the standard ‘singer as focal point’ trope. Phil had grown to despise being a ‘front-man’ and wouldn’t even engage with the audience between songs, he wanted the music to do the talking. 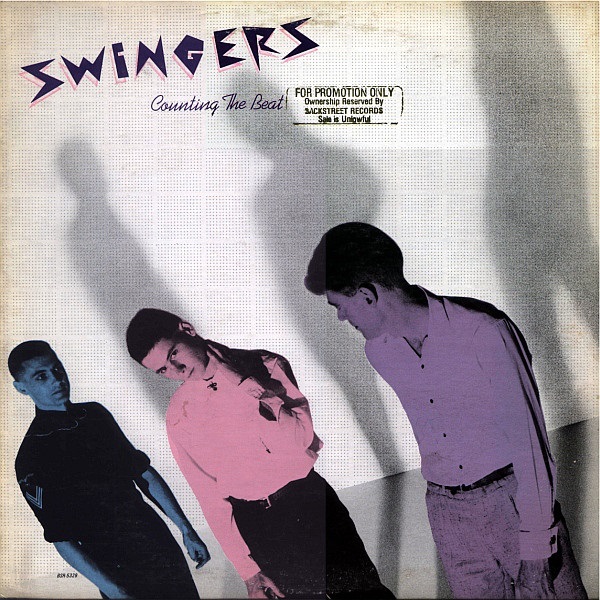 Despite his dislike of live shows Phil and the band toured hard right from the start, initially in NZ but quickly heading to Australia. Their first single ‘One Good Reason’ crept into the top 20. Their second single ‘Counting The Beat’ caught everybody by surprise. The song topped the charts in both Australia and New Zealand and would be the number one charting song for the whole of 1981 in Australia.

Counting The Beat is three minutes of new wave pop perfection. The song is the synthesis of Phil Judd’s pop sensibilities, combining the quirkiness of art rock with the immediacy of the punk scene. This song has energised dance floors in the antipodes for 40 years and shows no signs of stopping. It sounds like I’m gushing but I can’t overstate how big this song was (and still is), and this was The Swingers problem, too much too soon.

The band struggled to follow up such a huge hit. The Swingers continued to release singles to dwindling success, appeared in the film ‘Starstruck’ and recruited a keyboard playing frontman (Andrew McLennan from Pop Mechanix) but all of this was just clutching at straws. Capturing lightning in a bottle couldn’t be repeated and The Swingers called it quits barely a year after ‘Counting The Beat’.

It seems a lot of bands have a song that feels like an Albatross around their neck, but this usually happens years into a career, not right at the start. The success of the band’s second single effectively killed them off, it was too good.

I don’t feel bad for them though, any musician would be happy to have a song so good it defines their career. The band split up and continued to release great music in other bands including Midnight Oil, Schnell Fenster and Coconut Rough.

But for me, a guy who shares a hometown with Phil Judd, I’d take this one song over anything he released before or since. Pop songs don’t get much better than this….don’t believe me? Have a listen and decide for yourself.