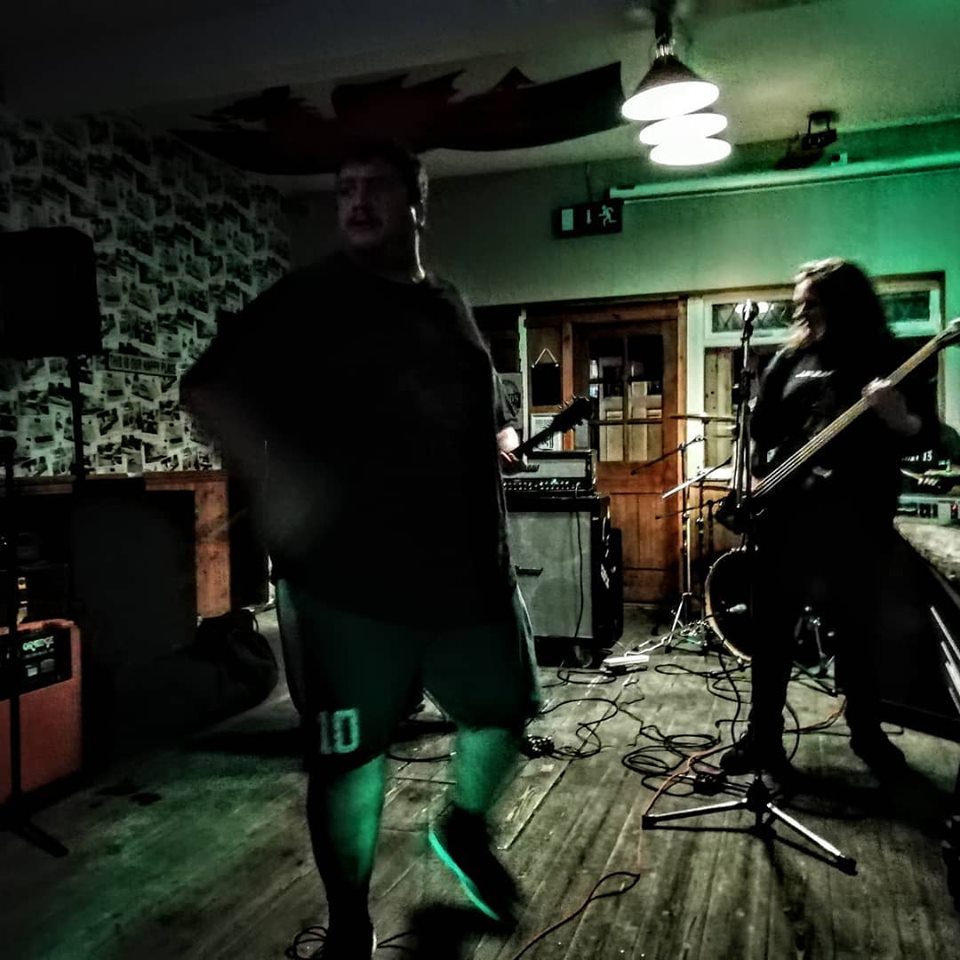 It’s not often I foray into Rhyl these days, although I did so the previous week among a few hundred Kilmarnock fans who had descended upon us from Thray Bonnie Scotland. They were here to support their team against the mighty Connah’s Quay (match played at Rhyl’s ground) and it’s a pity tonight’s gig wasn’t week earlier. Had it been then the Scots would’ve had a hardcore education thanks to Eye Licker and Morvo. 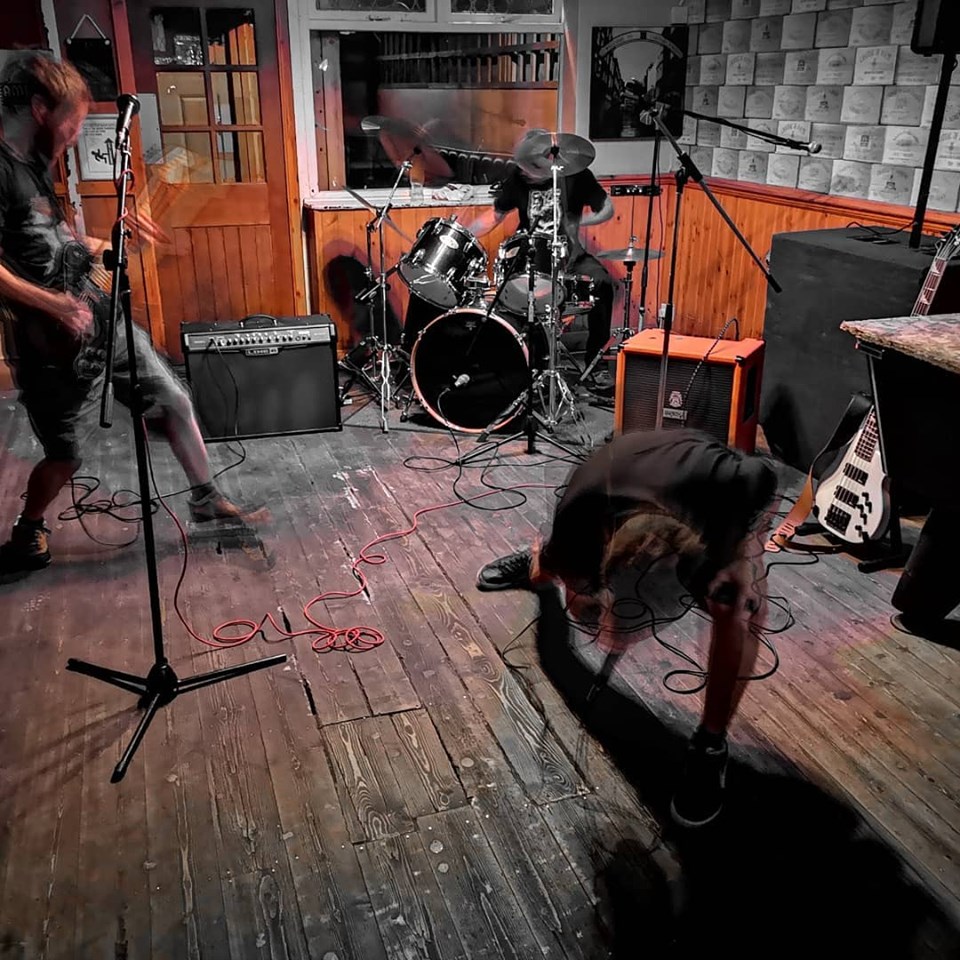 Two bands, early-ish start (really early by The North’s standards) and Morvo (pic above & below by rich phillips) slam into top gear, starting where they left off the last time they played with that great blend of hardened punk-motorhead that races to the finish line. That finish line included Iwan putting his bass down and letting rip on the microphone. The biggest bug bear is that Morvo don’t seem to play live often enough. (listen here) 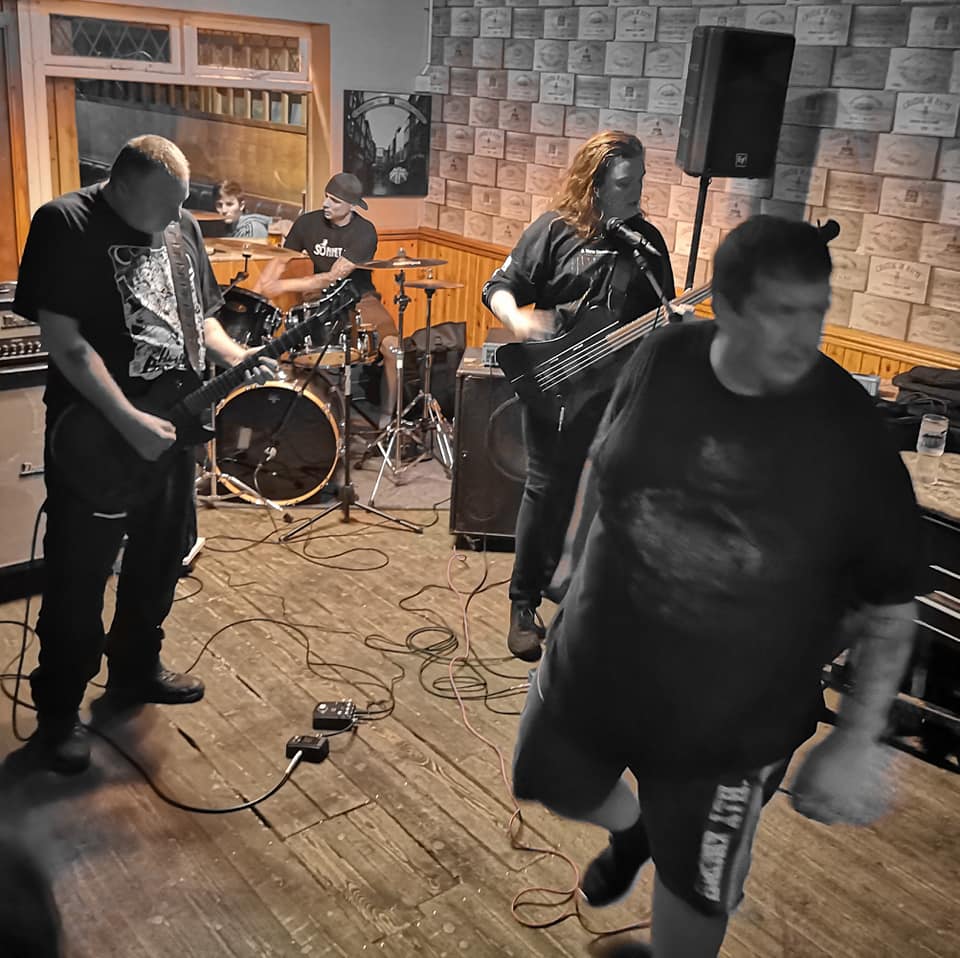 Eye Licker from Manchester are almost regulars here at The North and I’m led to believe that vocalist Paul is on the verge of leaving the band to due home commitments. Those are real big fucking massive boots to fill if he does as his stamp on this band is huge… The voice, the stage presence, the persona… I saw Alien Matter many years ago try to replace Pete when he left the band… Some people are simply irreplaceable…  Let’s put this aside for now and savour the moment; Eye Licker are fucking ace… Grating bass and guitars, smashing drums that thump out cool as fuck hardcore punk… The fifth time and the best I’ve seen them… (listen here)