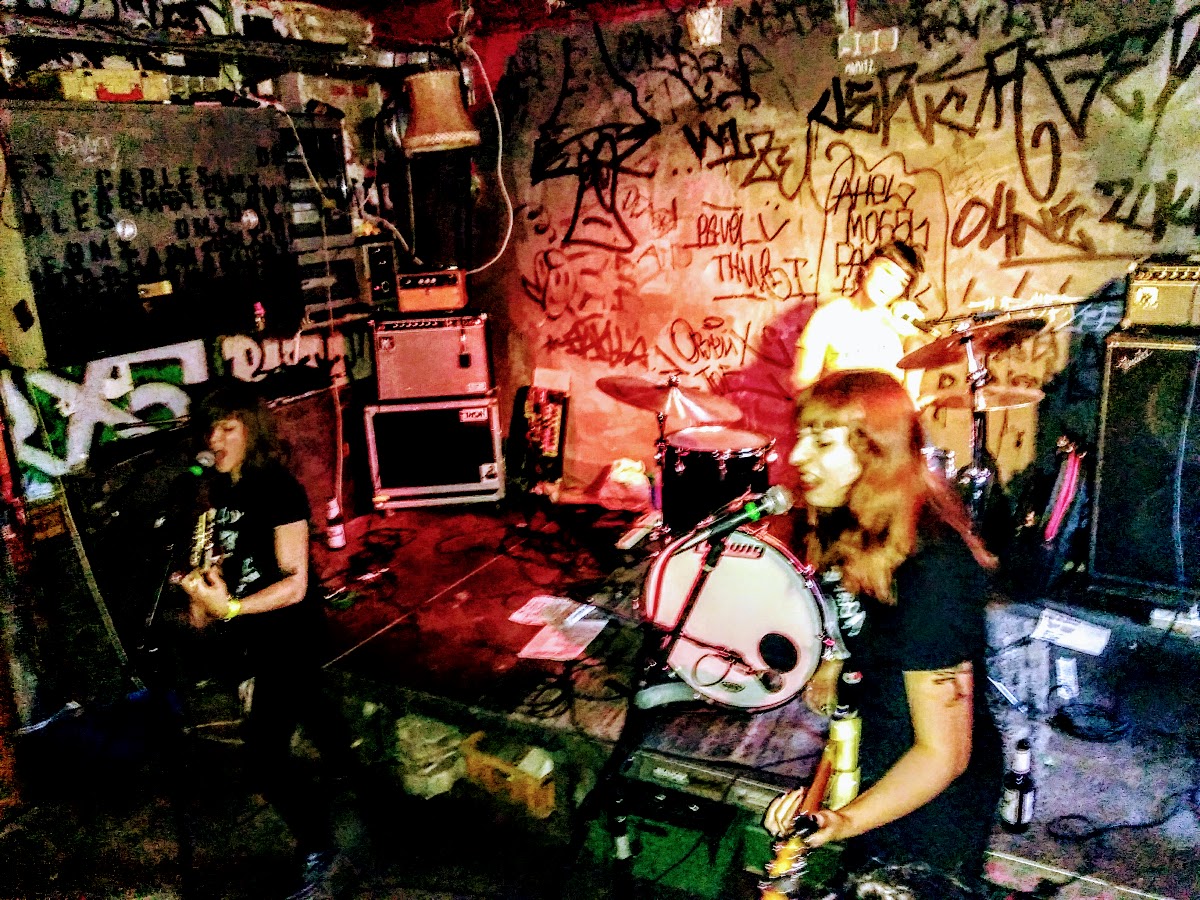 Attempting to shake off the hangover of yesterday, I sought solace with a few beers and punk rock in the afternoon. Schwester Martha (the venue) took a little bit of finding at it’s secret location.

There’s punks and deadbeats of all denominations milling about outside this graffiti strewn building, smoking and drinking. I make my way thru a narrow corridor filled with people, merch stalls and more graffiti and stickers. The live room is small, almost pitch black and brimming with people… The music is loud and sounds so good… 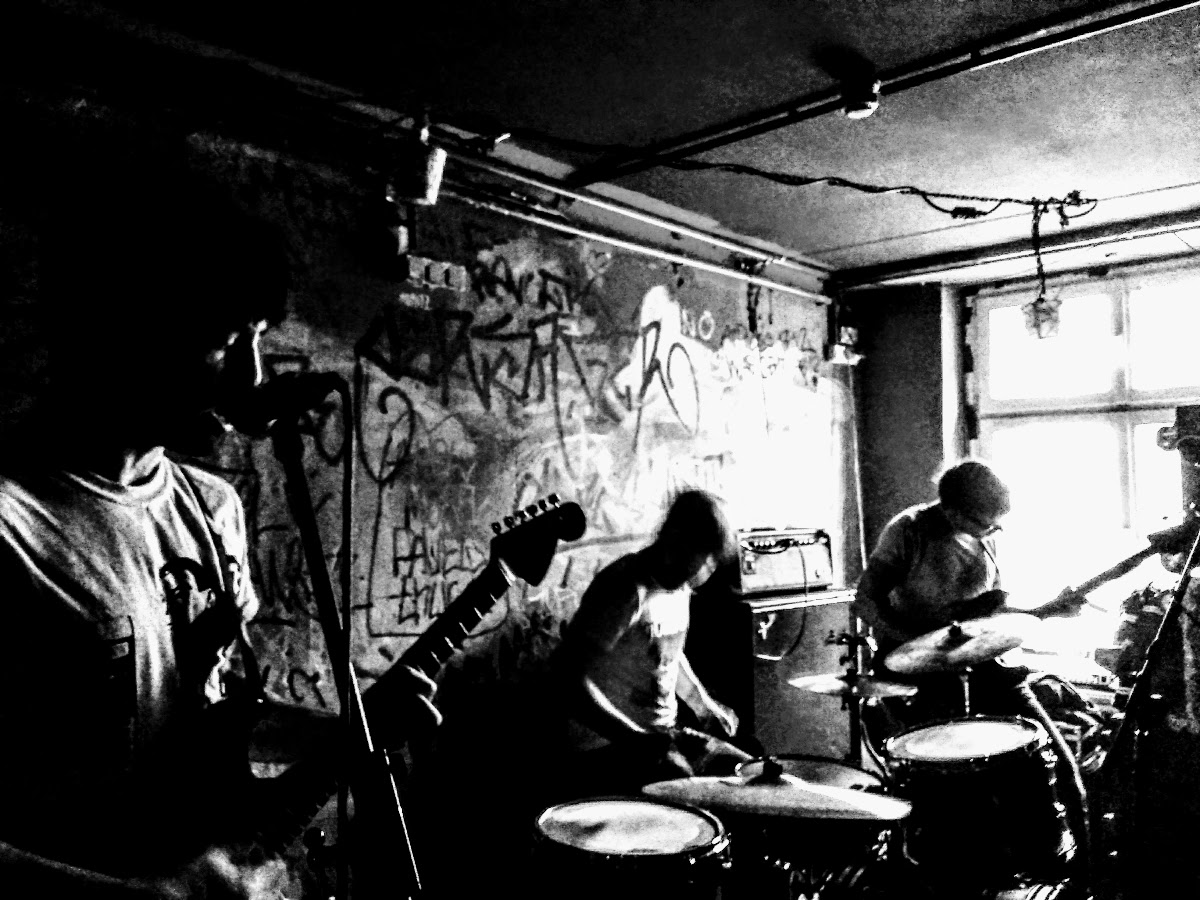 I push through for a closer look, forcing my way right to the front (stage-left). Tanning Bats (from Berlin) are in full swing and it’s ace… They play a psuedo-psyche-garage-punk brand of their very own. I’m taken in by their attention detail and their swagger… this is so cool in this stifling room. All the songs are fast, short and filled with 60’s underground psychedelia. They finish with a long hypno-jam, with beautiful guitar techniques, switching FX as the bass and drums thumped on and on… Everyone is nodding as sweat drips down the walls… (bandcamp)

There’s a rush for fresh air in the afternoon sun; it’s really warm, the calm after last night’s biblical thunderstorm… There is however another storm brewing inside as Sudor take to the stage. I manage to climb onto a stool to get a good look as this Spanish three-piece obliterate all before them on borrowed instruments. Sudor may shred your senses but they do so with shouty charm. After the staid feel of SO36 last night this is more like it… The band opt to play in the audience, the bassist offers backing vocals, more often screamed without his microphone. Basically it was motor-violence from start to finish with every song being a grenade, blasting subjects about hating your hometown or friends with mental problems – all in Spanish, but in punk rock we all speak the same language. (track) 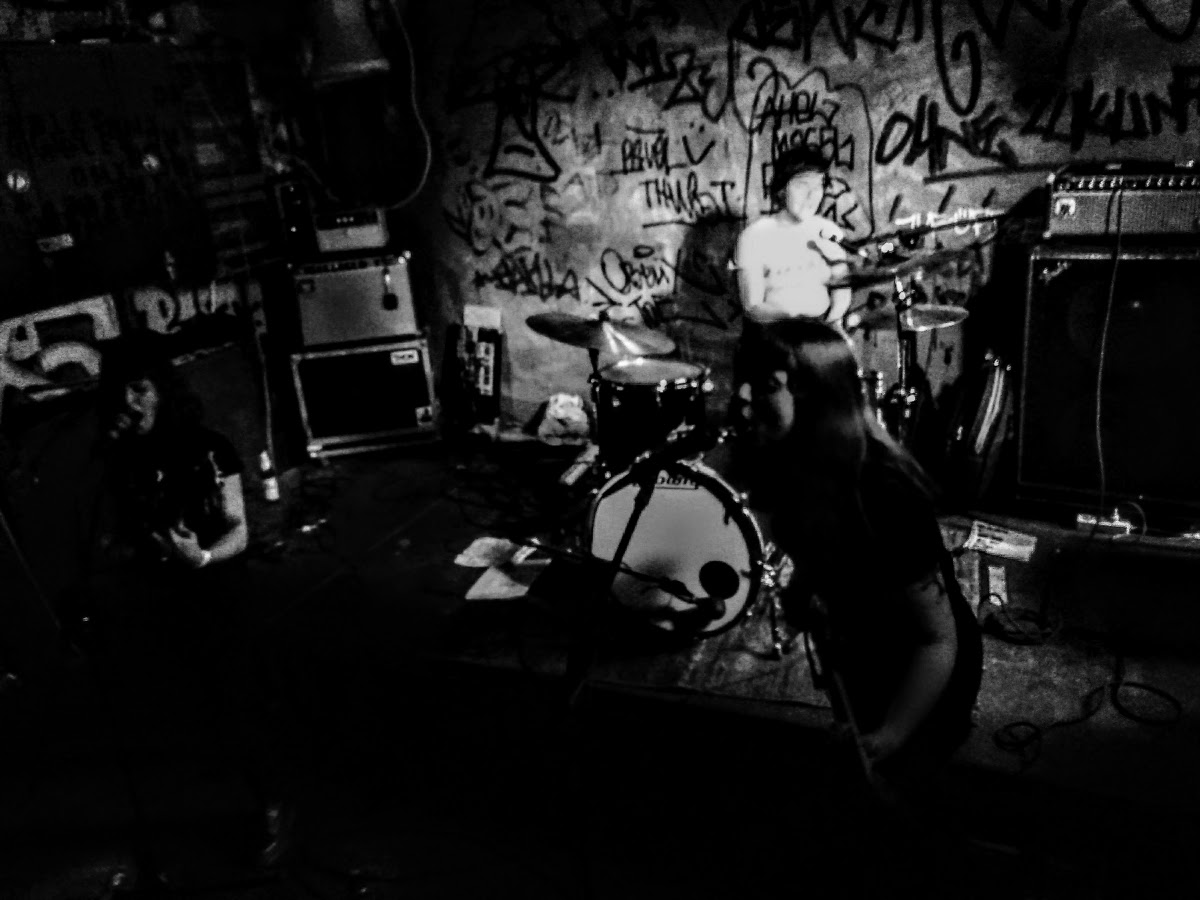 Another air break and a cool beer before the third and final band Also from Madrid come Troika who deliver rudimentary three-chord punk rock with ferocious anger. Every song has shared vocals between the three of them and the drummer played each one as if it was her last… Every song was an accomplishment… Every song was fucking ace! There was such a buzz around the band and the audience, everyone bought into it, from the simple guitar, great bass playing, the bam-bam drums and spat out tri-vocals… Check these out NOW on bandcamp.