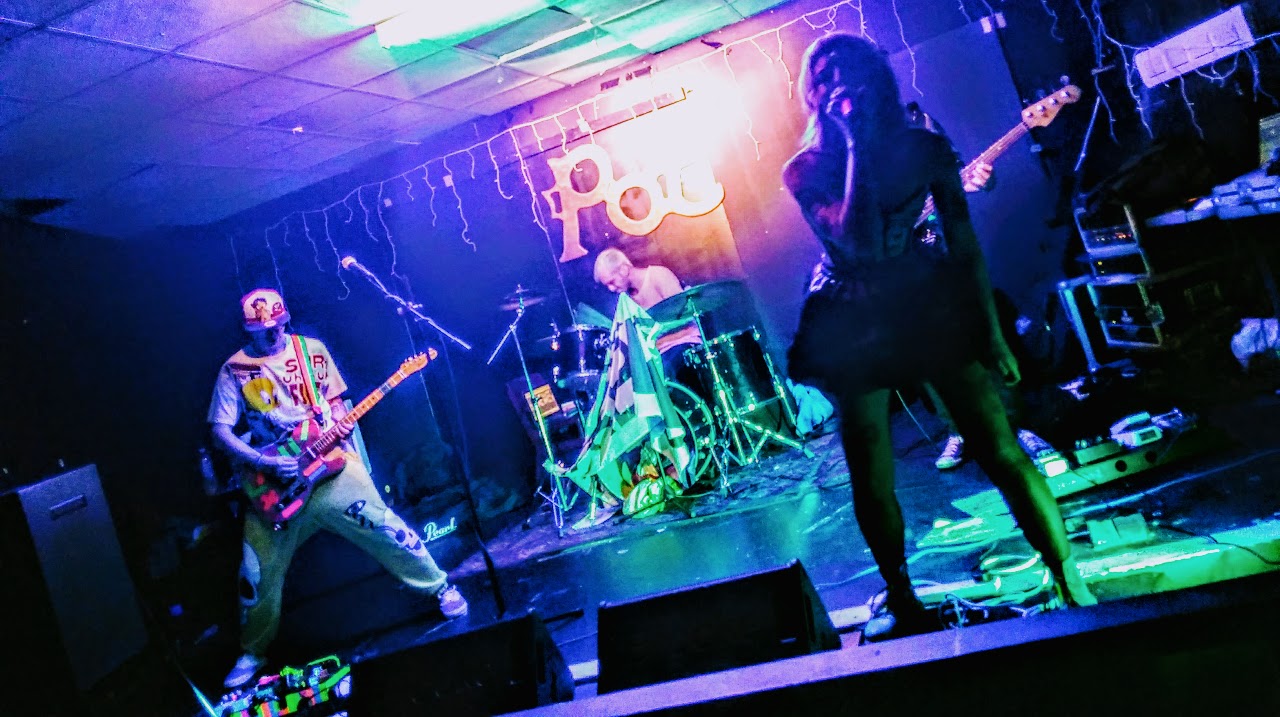 Although I applied pedal to the metal from Pie Records in Rhos-On-Sea, incorporating handbrake turns, doughnuts, aquaplaning and screeching to a halt outside The Pot in Rhyl, I only managed to catch Morvo carrying their amps down the stairs. Not quite the performance I had come to see and regrettably I missed their set.

Thankfully gigs come thick ‘n’ fast in these heady days so I can simply wait until next week when opportunity to trash my ears will knock again. Undeniable is the fact that we can pick and choose what day we see what band, which in turn also influences the crowd numbers at gigs. For me, it’s a concert bonanza, for others it’s no longer a must see event as they can catch the same band probably within a month. 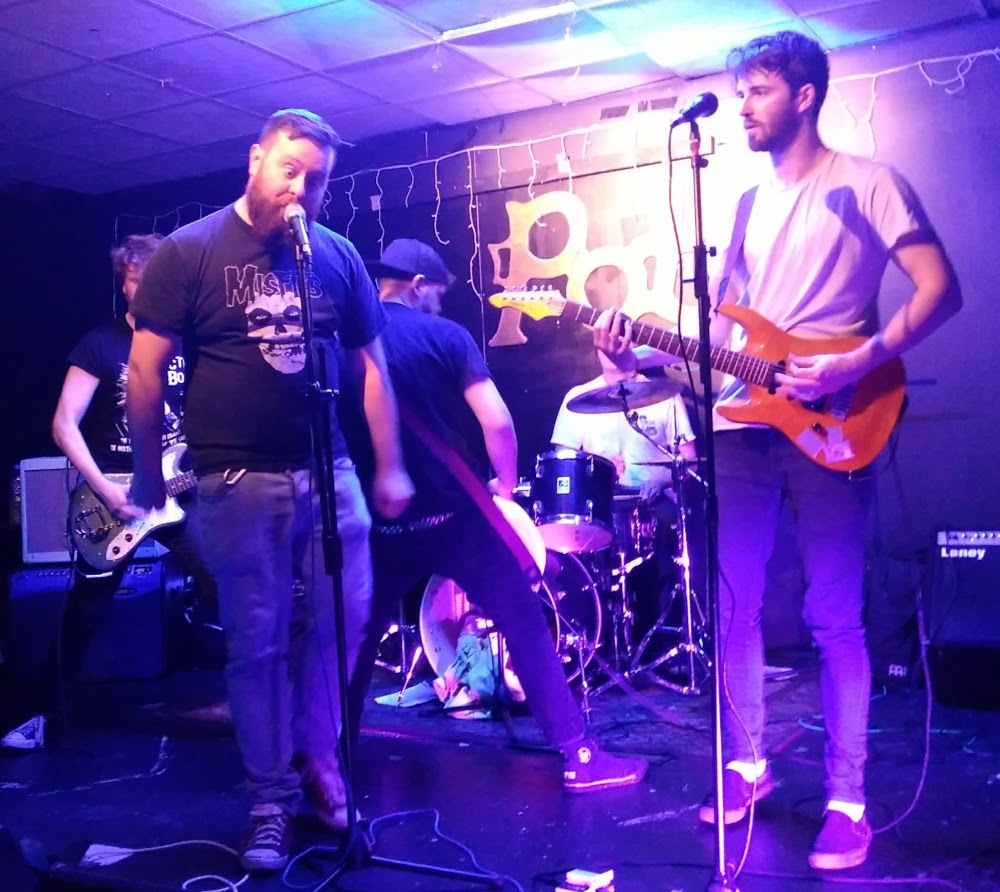 Having seen Wrexham’s Revolutionary Spirit half an hour earlier in Rhos, I am now watching Wrexham’s Bogans in Rhyl – this could be something of a Wrexodus! Which is highly unusual for such a pretty cliquey city!
The short mic lead kept the usually efficacious Adam Wright caged to the stage and actually made me enjoy Bogans more! There was little fear of having him annoyingly sing right in my face as he works his way through the crowd. This allowed me to concentrate on the songs and the playing, and y’know what? They’re really fucking good! Performing songs from their fine EP ‘Uno Mas!’ (and beyond), Bogans exhibit sharp practise and cunning in their songwriting, producing songs that are… ahem.. in yer face. (Bandcamp) 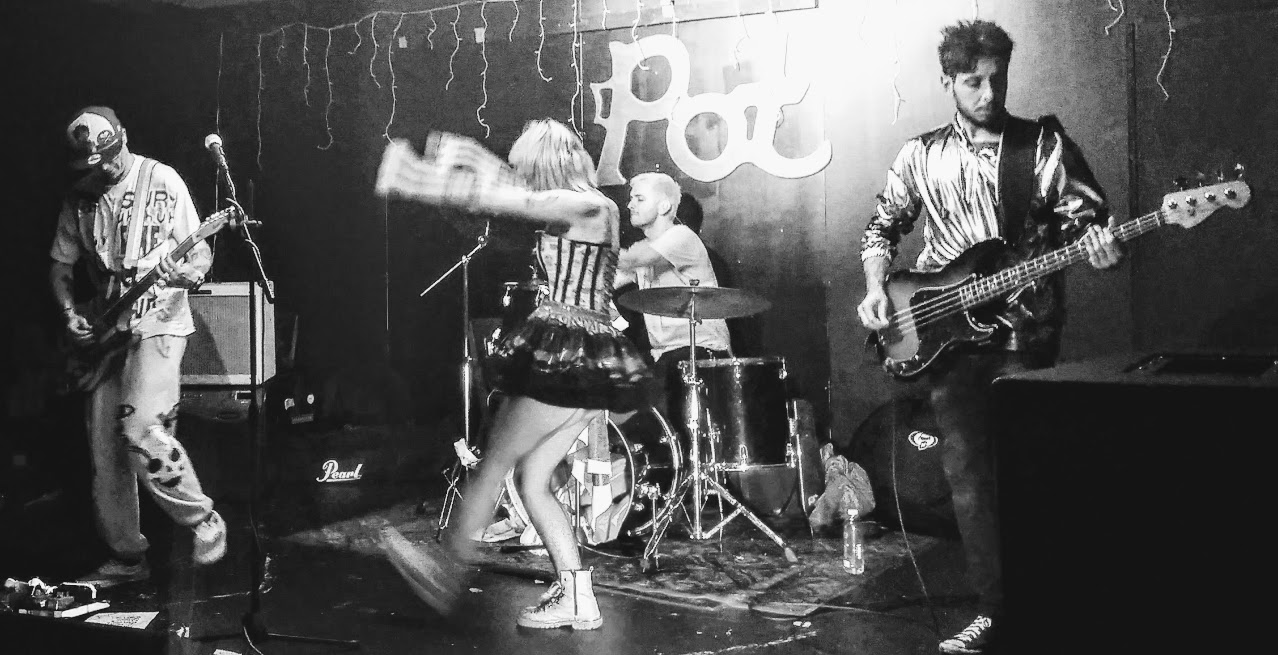 With a heavy schedule ahead (and behind me) I was gonna give Tokyo Taboo two songs before I folded and hit the road home. The description of ‘power-pop-punk’ did little to whet an appetite that had already been genre-gorged… I stayed for the entire show.
The music was exactly as it said on the back of the packet, with enough soundFX and twists going on to keep your attention piqued. The main focal point however, is singer/performer Dolly Daggerz who, with a radio mic, milked, hugged and sat on the crowd throughout. From requesting that we add her as a Facebook friend, to pirouetting, pogoing, aerobatics and mime, she had the lot. Even to the extent of commandeering the entire audience up onto the stage for the final song.
Tokyo Taboo are tonight warming up for tomorrow’s Liverpool Festival, they’re from London and released their debut album ‘6th Street Psychosis’ last year. (website)