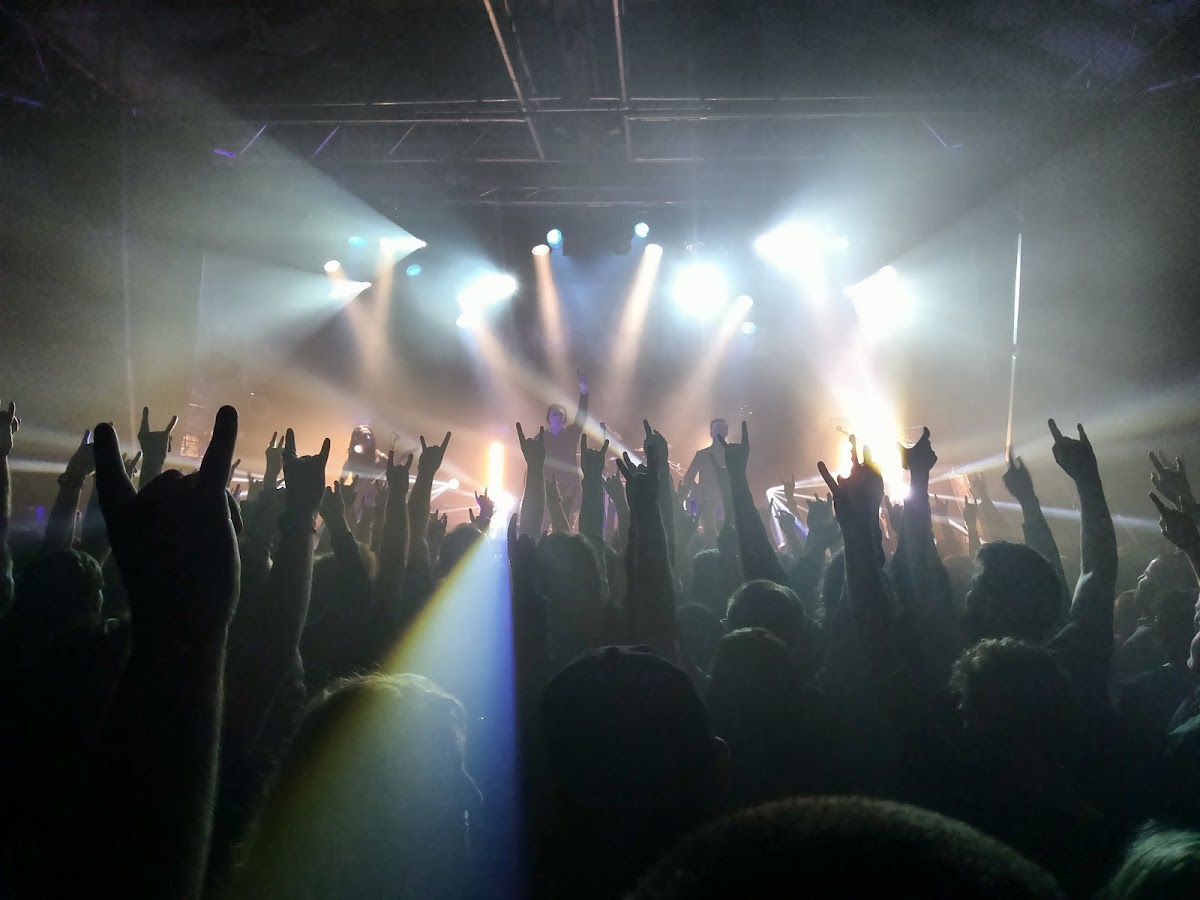 After last night’s blast I was quite pre-prepared for a day of sightseeing, maybe find a bar for the Liverpool v Spurs game tonight, and find a gig or at least something to do. Having met Pernille last night she told me to go and watch Motionless In White and put me in touch with Tommy and Martin who would be in attendance. So I did just that; or all of them if you like… Tommy and Martin provided me with lots of local information on bands and venues and plenty of local gossip!

Pumpehuset is just outside the swanky end of Copenhagen. It’s a far cry from the Bohemian Kebabylon area I was staying in (a good 35min walk). I did (eventually) find a bar with the soccer on, a pint of stout was £9.50 (holy shit).

Not being a batboy goth (like our drummer), I had not a clue who or what Motionless In White were about, but judging by the length of the queue and the £27 admission fee (once I got in), I demanded to be entertained!! 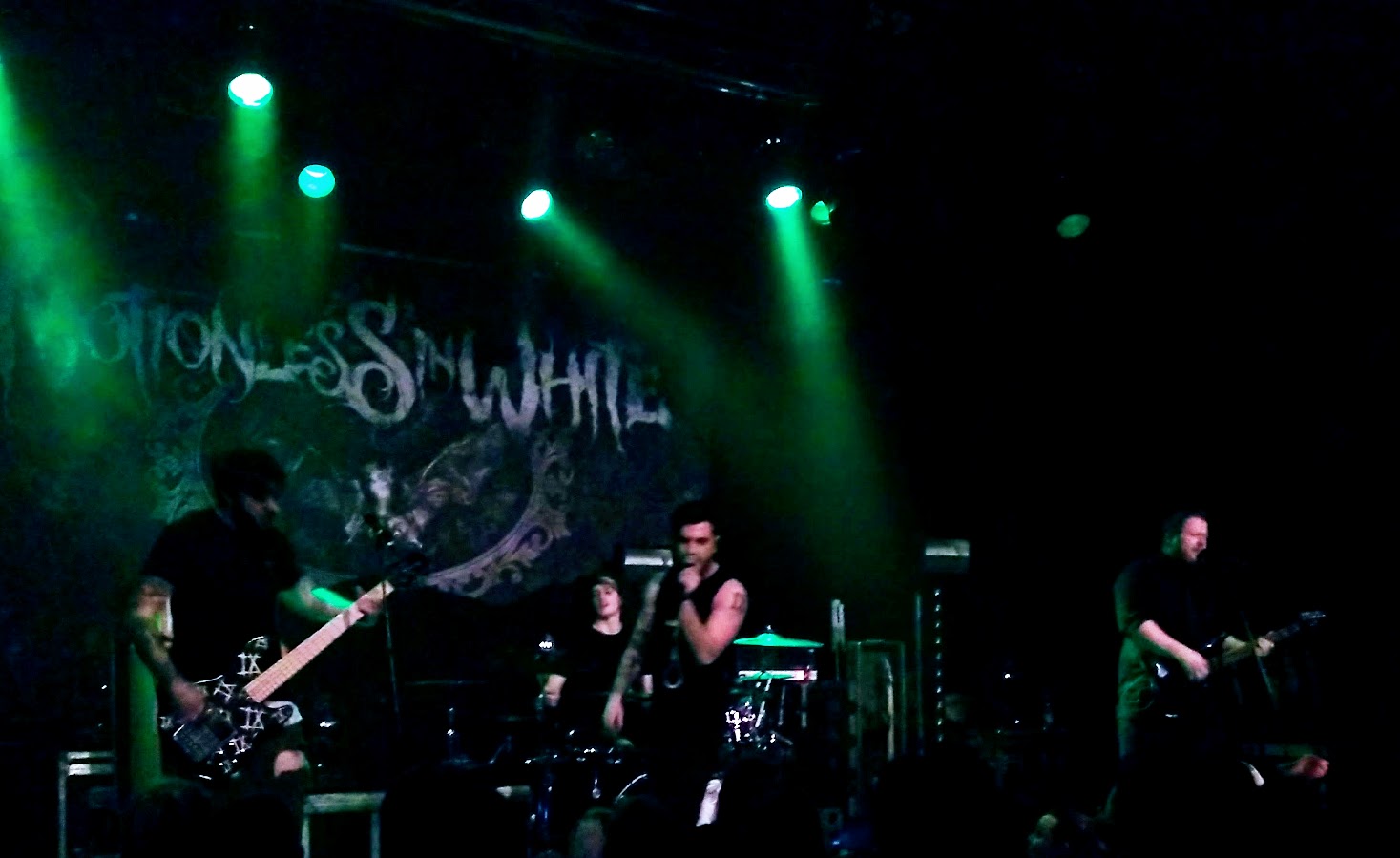 Three American bands on a lengthy UK and European tour – Ice Nine Kills were already in full swing, it was text book stuff, all the right chords in the right places, all the right moves from a highly animated and good looking singer who knows every trick in the book. Everything said between songs usually consisted of ‘Are you having a good time Copenhagen, let’s make some fucking noise.’ And ‘I wanna see your hands in the air.’ – Yeah the kids love this kind of shit… but it is meaningless shit, when you could say so much more… The song dedicated to Stephen King’s ‘The Shining’ was pretty damn cool and they’re great at what they do. 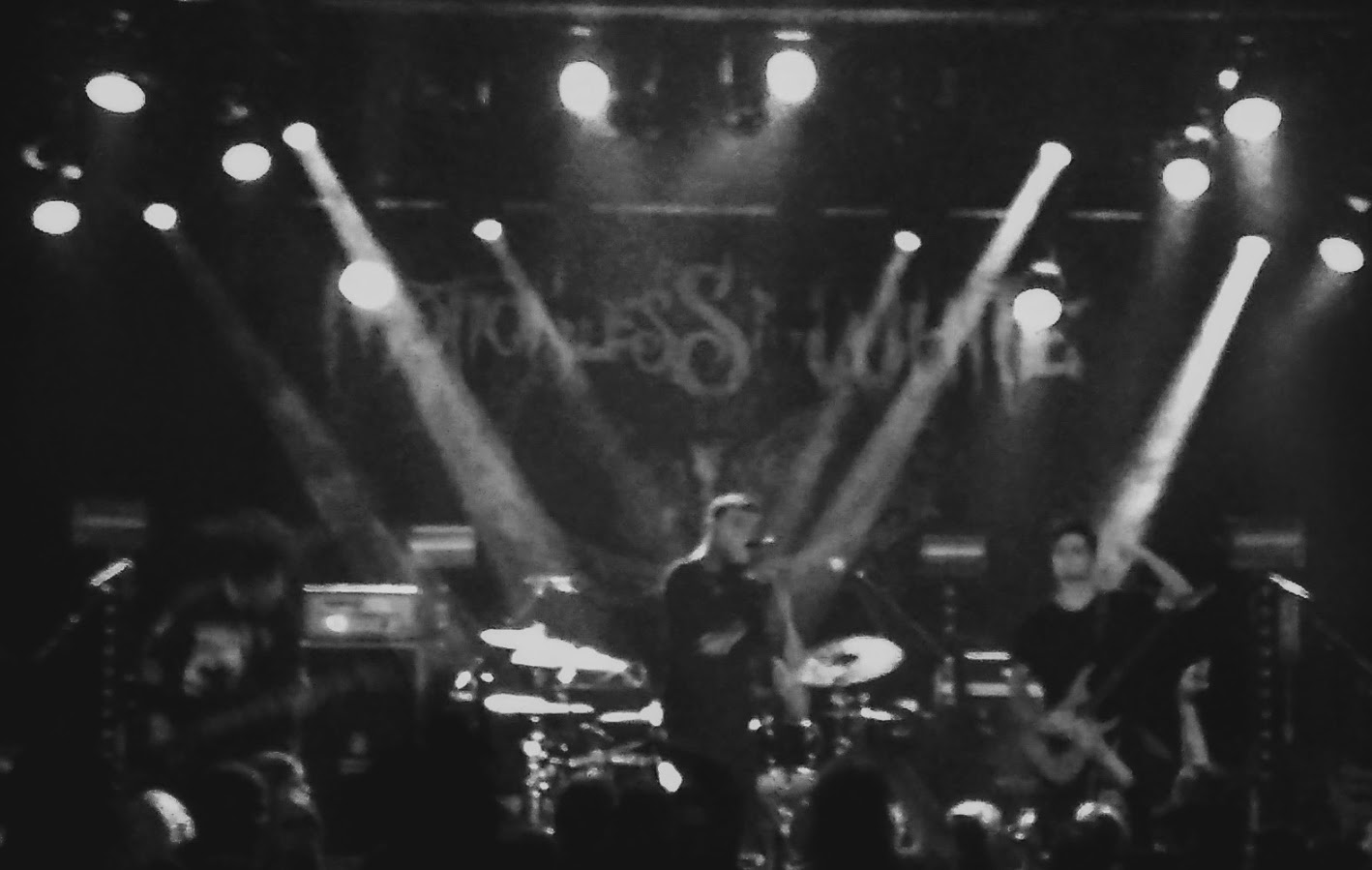 Cane Hill were steering more toward my cup of nu-metal tea, and showed promise by the mere fact the bassist was sporting a Godflesh sweatshirt. They are the lords of flies and live they are harder, less polished, a bit more gritty than their recorded selves. The singer, Elijah kept gobbing in the air, spraying himself and Devin (the drummer). He looks confident and cool, sets up a mosh pit, ‘Fists up!’ (The kids oblige), and Cane Hill hammered out song after song and were rather good, like Too Far Gone – he screams ‘Because we don’t exist!!!’
Drums and bass hold a lot of the songs together as the guitarist goes on long shred-abouts as if he’s on a mission. They play Fountain Of Youth the place erupts, ‘Everyone says that the good die young, but if I die young what will they say about me?’, there’s a great bass slide and that guitar shreds into oblivion. 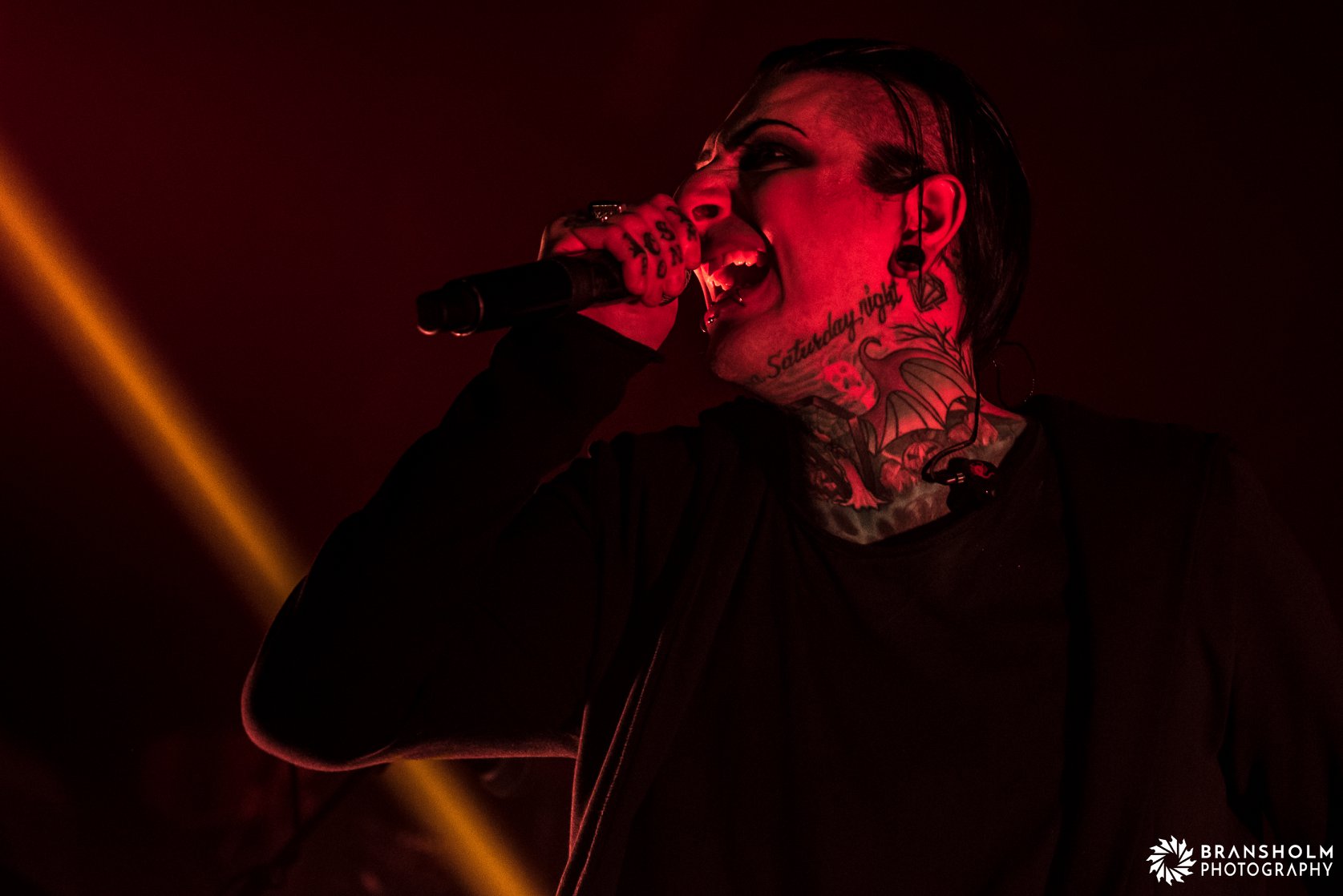 (pic above by Bransholm Photography)

Motionless In White are striking – lending a look of Marilyn Manson and Cradle Of Filth, obligatory full-neck tattoos and Tiller Girls, stage-props, angle grinders, axes, umbrellas and pom-poms. The theatrics took a rather odd turn when a local punk was invited on stage so he could publicly propose to his girlfriend… I was expecting birthday dedications next..!  This aside, when they smashed their older, less-emo material the whole building shook; like the searing Immaculate Misconception. The songs are relentless and the crowd are unrelenting.
MiW played Copenhell Festival last summer and after twelve years of slog, they are on their first headline European tour, with enough draw to fill this impressive venue.
I slip out before the inevitable encore, satisfied I had seen enough, impressed enough to have warranted seeing something from the ‘otherside’ and headed back to my bunkroom.