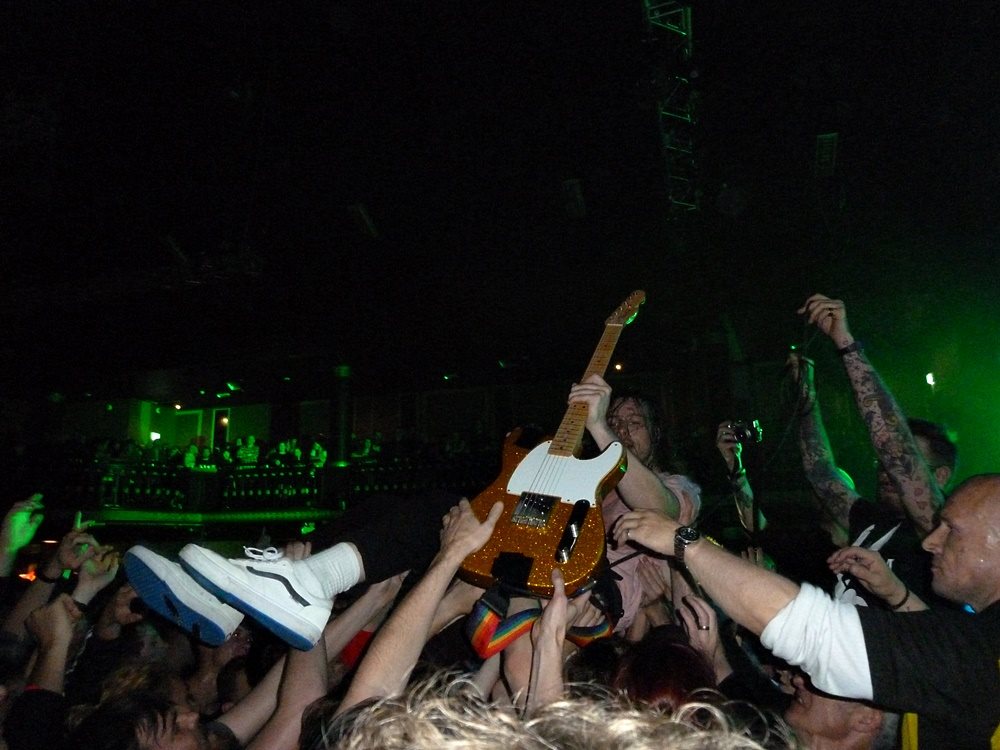 In April of this year I saw IDLES play at ‘Gorilla’ in Manchester on the ‘Unity’ tour, it was a small venue with a capacity of around 500, it was absolutely rammed in there, the gig was mental and I wrote in my review afterwards that the band wouldn’t be playing venues this size next year due to their ever rising popularity. Long before that night I was telling everyone and anyone who would listen that IDLES were about to go big!

I was right with the prediction but wrong on the timing, tonight they’re in Manchester again this time at the 02 Ritz, capacity 2,200. Given the clamor for tickets again I’m in no doubt they could’ve played an even bigger venue and still sold out!

In the space of those 5 months since ‘Gorilla’ the band have exploded big time into the eyes and ears of the National and International music  scene.  Their 2nd album ‘Joy As An Act Of Resistance’ was released at the end of August and smashed straight into the UK Top 5 charts. They’ve embarked on a World Tour & they’ve achieved awards for ‘Best Break Through Artist’ & ‘Hardest Working Band.’ The stellar moment though has to be their live performance on the ‘Jools Holland’ show stunning the mainsteam viewers with a performance that was noisy, shambolic, energetic and played with a great big fucking smile on their face as if to say “We’re here fuck you”! Brilliant! 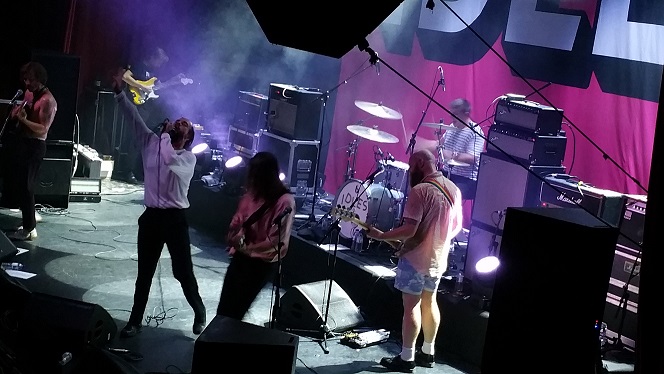 Followed fanatically by their loyal ‘AF Gang (AS Fuck)’ followers, the band are completely tuned into what’s happening in the world today, Brexit, Nationalism, the NHS, Mental Health & Racial issues etc. Tonight I arrived at The Ritz and Joe Talbot is there himself greeting fans as they arrive, I go in inside and bassist Dev and drummer Jon are selling their own merchandise. How many bands of their standing do you see doing this?, they are completely at one with their audience, such completely normal down to earth good fucking people whom we can all relate to. 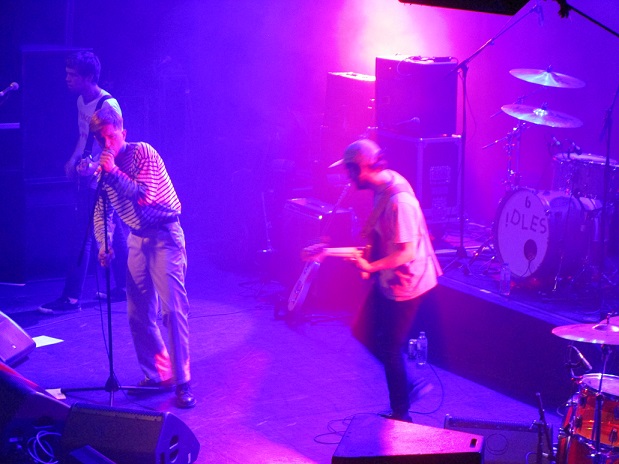 Heavy Lungs are the UK support for this tour. Also hailing from Bristol they are fronted by the now world known Ukrainian immigrant ‘Danny Nedelko’ made famous by his blood brother Joe Talbot. I like them, energetic, powerful and some great tunes. The exposure they are gaining now puts them in a great position to push on for their own success, I think Danny could do with a good meal inside him though! They have a split 7” Inch single (With IDLES) officially released on November 30th although it is on sale now at the gigs. 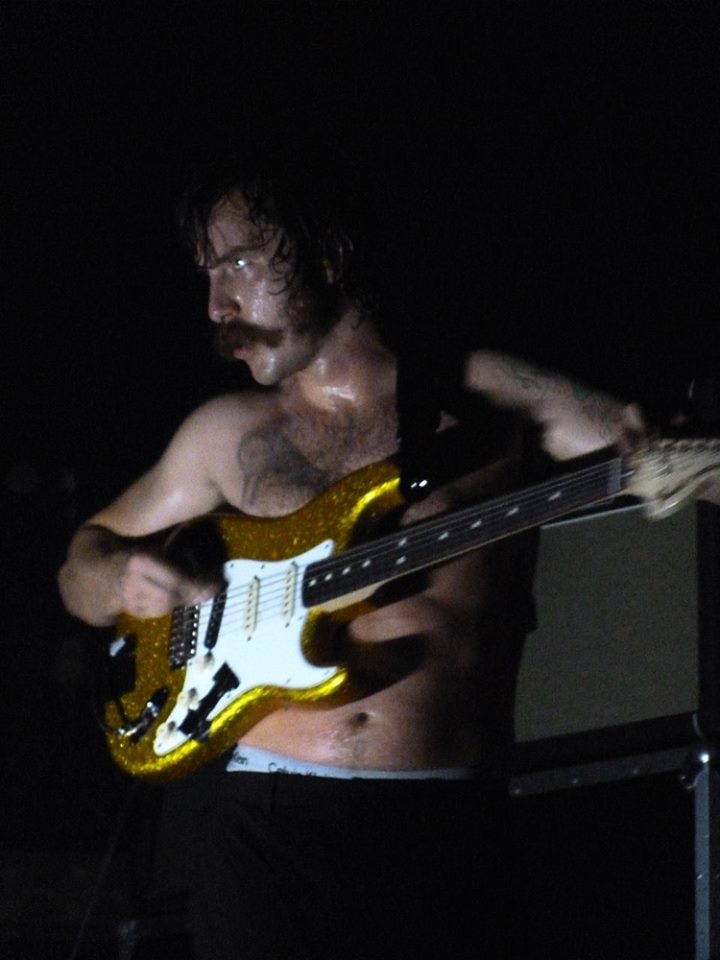 Idles open with ‘Colossus’ building from Jons’ soft tapped rim intro, Dev brings it up a notch, Joe follows, then the guitars….”It’s coming” screams Joe as it builds to crescendo then..…stops…….pause….whallop!, the place goes absolutely bonkers, arms, legs, absolute carnage! What a great song to open your set!!! We get all the tracks from the new album apart from ‘June’ plus the heavy hitters from ‘Brutalism’. The security at the front have a tough job on, there’s a big sign in the foyer saying ‘No Crowd Surfing!’ yeah right, good luck with that at an IDLES gig! The surfers keep trying for the stage before being ushered back into the pit. Once the band play ‘Exeter’ there’s not a hope in hell of peaceful viewing, a load of people get on stage and are handed Lee and Bobo’s new ‘Fender’ gold guitars to play themselves in amongst the mayhem. Epic! The last song of the night is ‘Rottweiler’ which Joe dedicates to the UK Right Wing press……….”Don’t read The Sun you’ll get cancer!” he screams, I love it!!! The ending is noisy, sweaty, the strobe lighting is in full effect so much I can’t see, it doesn’t  matter they were fuckin ace again!

It’s over and I see Jon & Dev back on the merch stand, amazing people! So where will they be in another year? The major festivals seem a certainty, the sky is the limit, they have our attention, they can do whatever they want!!!

** The AF Gang page is an online community with over 10,000 members approved by and officially linked to the band. It’s a safe place for people to meet, talk and share any problems they have. There is only one rule….be nice or leave…
https://www.facebook.com/groups/231316577380254/

Never Fight A Man With A Perm

Faith In The City