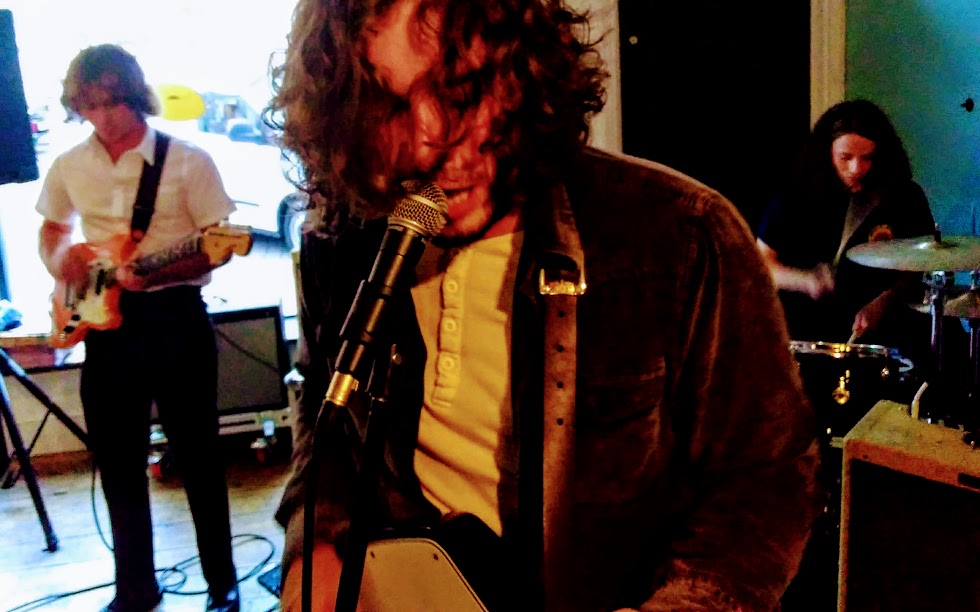 It’s really hot out on the street in Chinatown, it’s even hotter inside The Bagelry. A neat little cafe that 4 or 5 times a year clears out the tables and chairs to make way for drums and guitars and a whole lotta people. And believe me there is a lot of people crammed into this great place.

I’m pretty glad (in a sad way) that I don’t live in Liverpool as I’d be skint watching all these excellent bands that are gracing the city of late. The scene (or scenes) are pretty vibrant and this clutch of bands herald from a post-punk no-wave kind of background. Those who are stuck in their various musical ruts will hate it, but for myself, music (good music) is the food of life and life is for living to the max.

Uncle Jane (main pic) are jangly guitars, attitude and shirts tucked into trousers (as seems to be the trend). They have a song befitting the locale called Chop Huey and it’s all uptempo, pretty immediate, nonsensical, shouty and great garage fun. Loved the simplicity from the childlike drummer who played without a care in the world yet, (like the band) delivered a top notch performance. 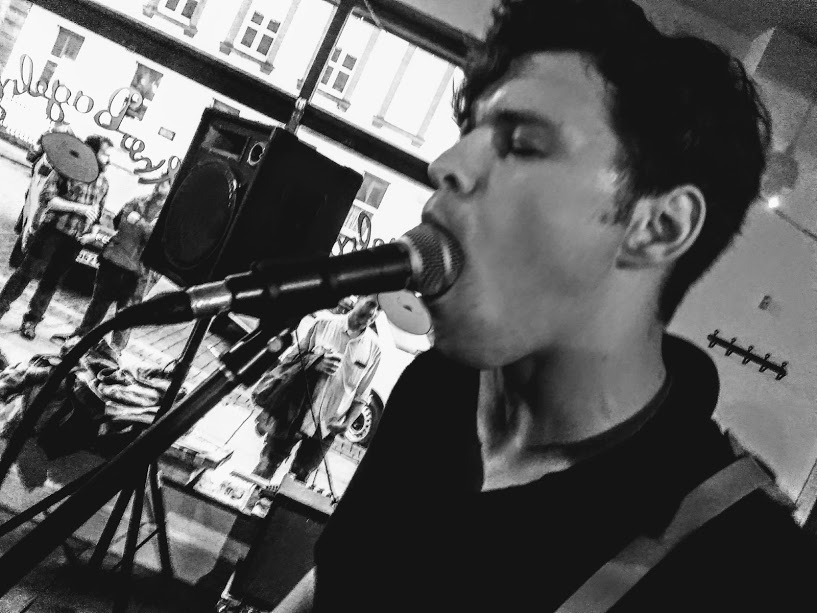 Mincemeat are ace. Kind of a fast-punk psychobilly with the emphasis on psycho with a cool singer / guitarist. There’s that 1950’s delay on the vocal and a touch me I’m sick air about the whole performance. Sick indeed, but in the 2018 sense of the word. Excellent. 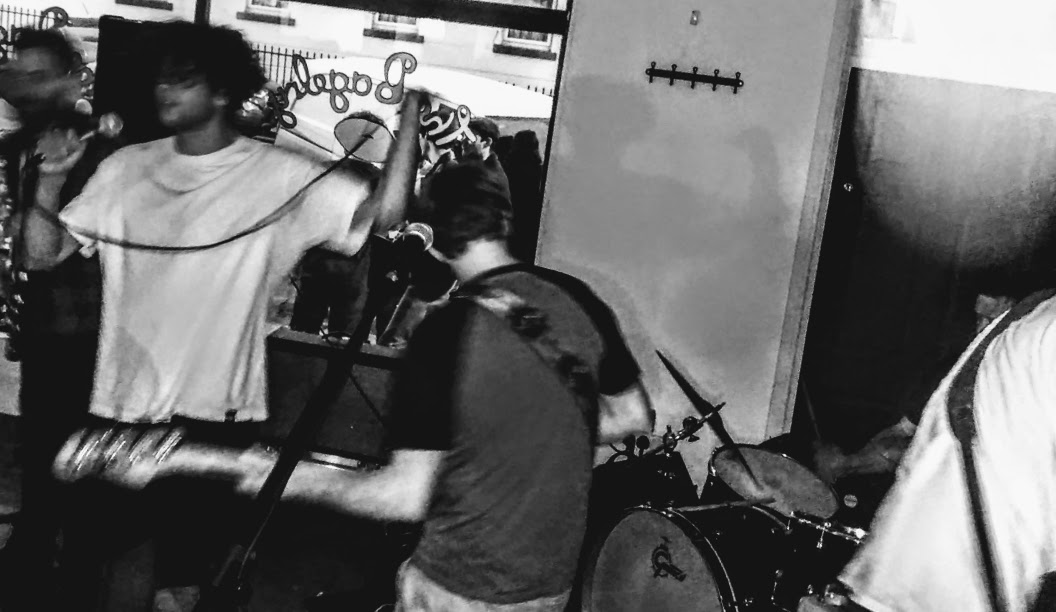 New skidmarks on the block Yammerer take their performance into the crowd as the scouse perm mop-top vocalist has enough ‘near-misses’ to have St John’s Ambulance on stand-by as he charges into innocent bystanders. The walls and his band are also at risk as he writhes, strides, leaps and lurches through the songs. The songs? Oh yeah, Yammerer are skating on an oil-slick as they slide toward Butthole psychedelic punk… All good ungodly fun. 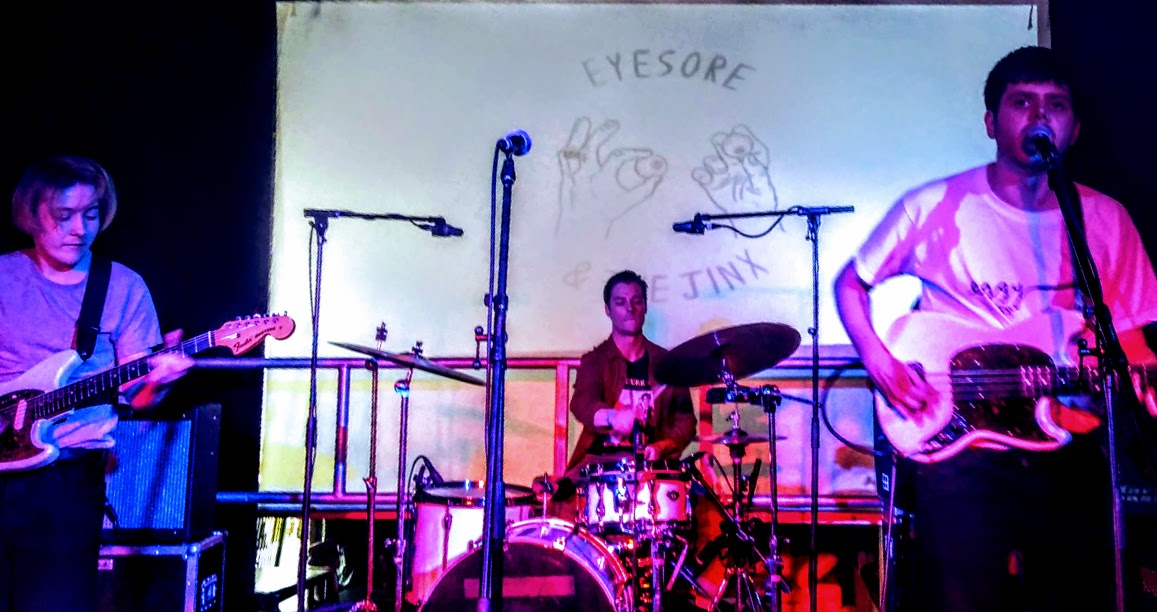 The pic above was taken at the absolutely wonderful Liverpool Calling Festival a couple of weeks ago. It provided us with an insight into the oddly named Eyesore & The Jinx – and then, like now they didn’t fail to impress. Fall-esq in places, rock-a-bill in others with very detailed and complicated guitaring. They start songs that tend to veer off in a different direction and there’s no let up. The Bagelry is rammed, can’t get near the band to grab a photo for risk of being moshed up. Limbs are flailing, drinks are flying, people are crashing into each other. Things ease off a bit as a slower song stomps into life before they kick in again at breakneck speed. Bagels bagels everywhere but not a bite to eat…