‘Fuck the Tories, thank you and goodnight’
Up went a loud cheer and the hoards left the Crosville Club and headed off home to plot revolutions… 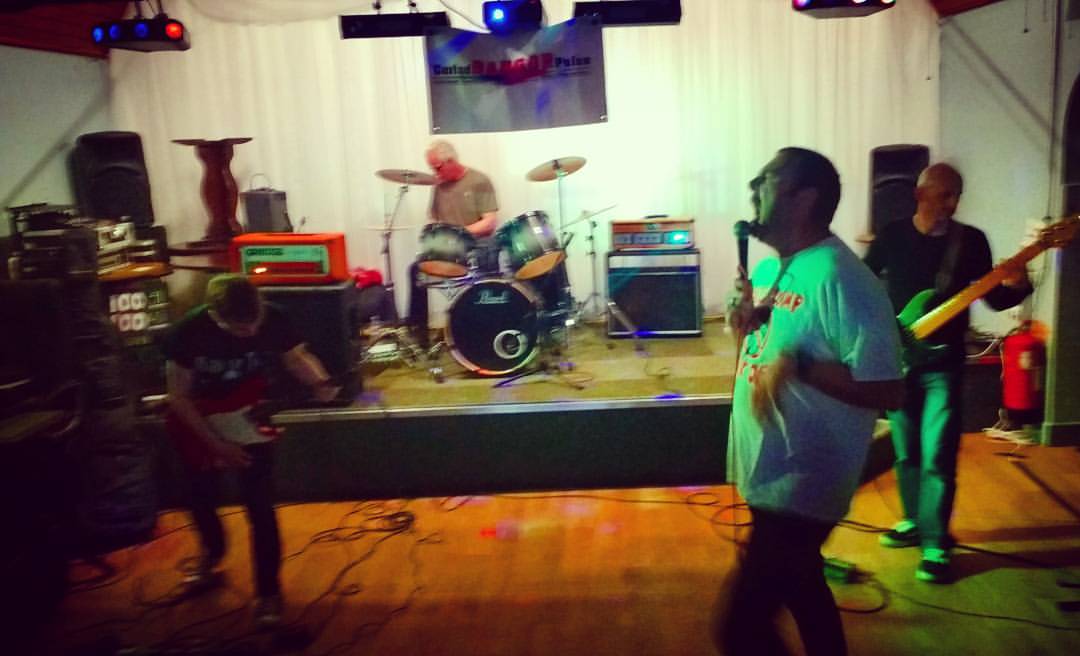 If I was to put my political activist head on, then I’d have to say that Rabo De Toro are potentially one of the most important bands in this country right now.
Their message is one of outrage, they’re not preaching for social change, they’re telling you exactly how it is and leaving you to decide how you are going to change it.

From mocking Theresa May’s ‘Strong and Stable’ propagandist rubbish to being filled with rage about austerity.
Yes, vocalist Charlie Garlic is crude and base and he’d rather shit in his hands and clap than vote Tory, but he delivers an intelligent message through a semi-comedic medium. Almost anarchistic, very theatrical and most definitely reactionary.

I state their potential be important… This is because their divine musical output and versatility allows them to drop into just about anyone’s world and leave with people having been undoubtedly entertained and educated at the same time.
Tonight they headlined what was in essence a blues and cabaret night, tomorrow they could gatecrash an anarcho punk festival and then next week support Coldplay. Each and every time they would leave with mission accomplished and more converts – and this is why they could end up as a state threat.

Rabo De Toro have the tools to make people think – the state won’t allow that, so stay safe people, don’t go and see them – stick to BGT and Facebook.