Neil Crud on TudnoFM – Show 78 – with Joe Hovis in Session

Joe Hovis sprang onto the punk scene as part of The Dudley Arms contingent, both appearing live and watching live bands at the venue during it’s heyday. He did acoustic sets as well as playing with band Bankshot. Later he formed Braxton Hicks and released two EPs and played several gig in the band’s twelve month existence.
He also hosts the sporadic podcast ‘The Punk Rock Gospel.’
Having moved from Old Colwyn to Rochdale, it’s been hard to pin Joe down for a much wanted session, but we finally managed to get four songs recorded in the toilets at The Comrades Club in Conwy last Saturday soon after Joe’s live set there. What a great session.
Download his Demo EP here, and listen to his session and Neil Crud’s entire two hour show below. 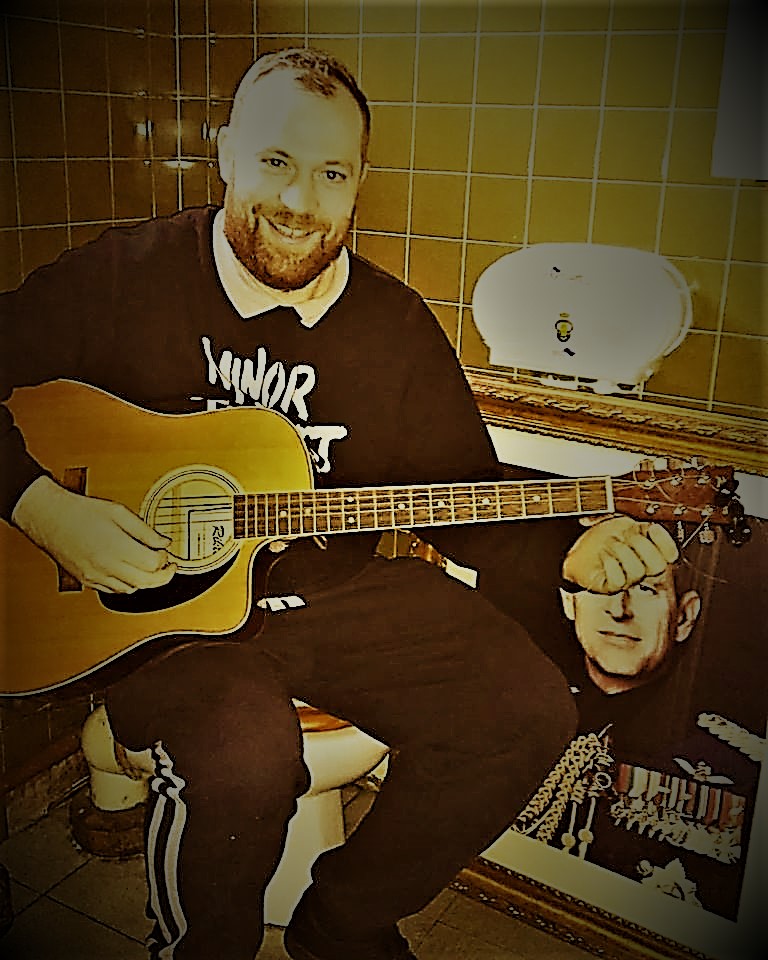