I was here purely for enjoyment’s sake, having seen these acts on numerous occasions, and still in the recovery position after a weekend of overseas debauchery, reviewing was far from my mind. So for a line up I’ve experienced before to compel me to write about must have been a good night… (Or a shit one, but I tend not to write about them).

The North crowd is larger than normal and most people are here to see the bands; yes, you have your usual troupe who endlessly walk back and forth to the outside smoking area in a bizarre ritualistic manner, but most are here for the right reason. 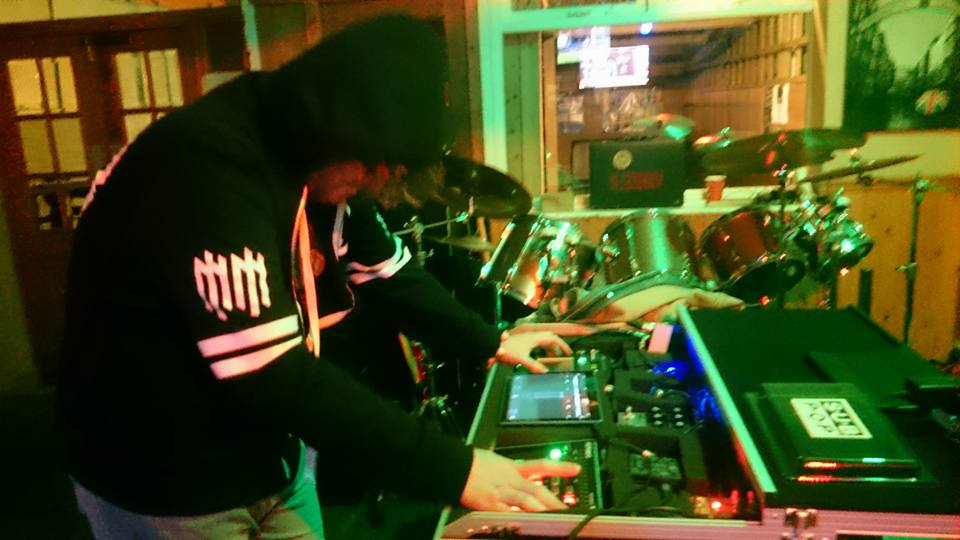 Teeth Crack hits the ground running [sic] – I stay in the bar area for two reasons; No.1 – unless he’s going to be wearing just a gold cape, brown y-fronts and a santa hat, then there’s going to be zero stimulation for the visual cortex. And No.2 – he was so fucking loud! What could be clearly heard though was a new set of arrangements, far easier on the ear than previous apocalyptic encounters. Drum loops have been spread liberally across the set giving the listener cognitive process through the thirty minute assault. And it is an assault, a sonic assault… 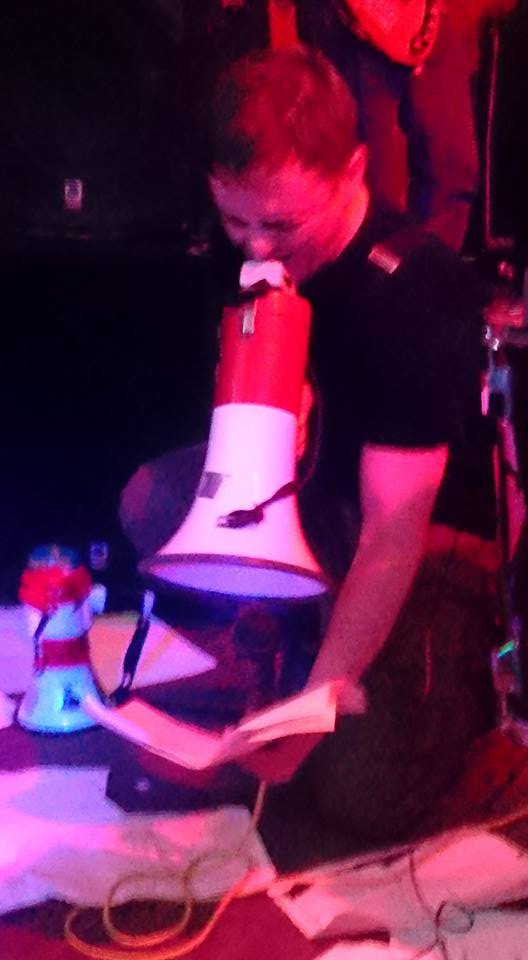 If the formula is fixed then don’t mend it… Like last time, as Rhyl’s Teeth Crack wound down for the evening,  Bethesda’s Lolfa Binc took to the stage and began their set, the two acts jamming the opening song, a maelstrom of noise that unraveled into a thing of hideous beauty. Lolfa Binc are Sonic non-Youth, The Butthole Spurters fronted by Mark E Spliff. There’s new songs (I think), delivered by a megaphone toting psychotic Rhys Trimble. Those who’ve not seen this before are slack-jawed, while the rest of us grin from ear to ear. 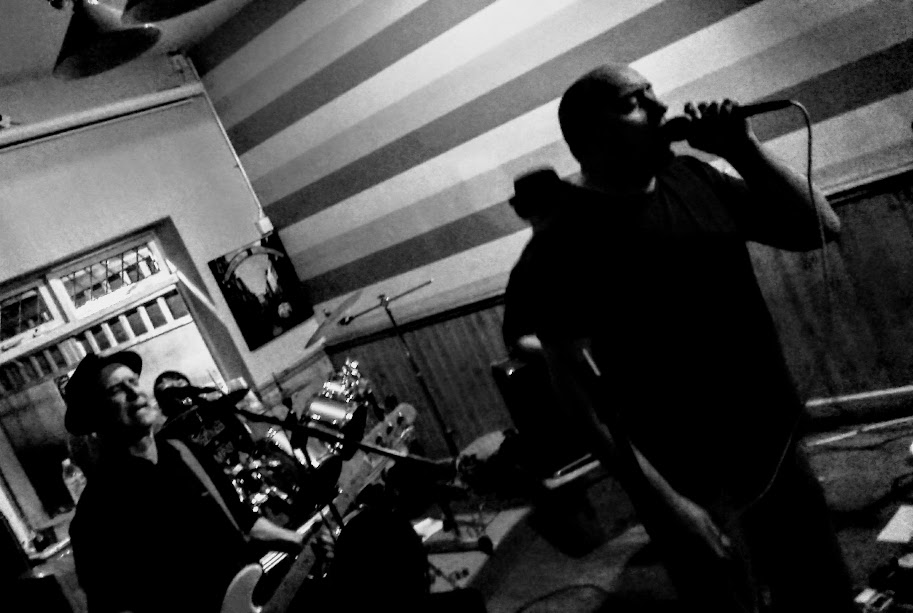 Quite an act to follow, but Caernarfon’s White Ether came up with the goods. Tighter than a gnat’s chuff they display the fact that they not only mean business, they are the business. Powerhouse drumming backs two guitars, one thrashing power chords, the other does the same but with added intricacies, while Rhys Mwyn plays the best bass lines of his life. All this is fronted by John D.Morris on vocals, a hulk of a man with a voice as soft as silk. This all adds up to a Feelgood set factoring in the power of The Clash, the grit of Taurus Trakker and the enjoyment of all. Dave Macher described it as ‘amazing punk/new wave revival with a cultured edge.’ Bang on the money…

The night ends with crash dancing, bar stools tipping over and smiles all round… Great fun.