My knowledge of The Rumjacks prior to this gig was pretty sparse. I knew them as a punk-Pogues and they were from Sydney. It was a case of being in Amsterdam and they were playing, so why the hell not…?
We did a recon of the venue that morning and by chance met the singer Frankie McLaughlin as they were loading in. He was a nice guy; looked tired and explained they had to shoot to Schiphol Airport to pick up more merch as they’d sold out during their four months of touring.

No support for this gig and by showtime this great venue was rammed and buzzing… Everyone seemed up for it; even the local Hell’s Angels Chapter whose colours were clearly on display.

My view of Irish folk-punk music has long been tarnished since my spat with The Levellers many years ago; they threw my band Sons Of Selina off a tour after I publicly questioned their ethics of preaching peace whilst being signed to EMI who had financial dealings in the Arms Race and South Africa (and they were cunts).

So, as every Rumjacked song began with the diddly-dee of a tin whistle or banjo, I would inwardly groan… However… The groans didn’t last long as each number was a heartfelt punch between the eyes that had every single soul in this hall bouncing up and down. 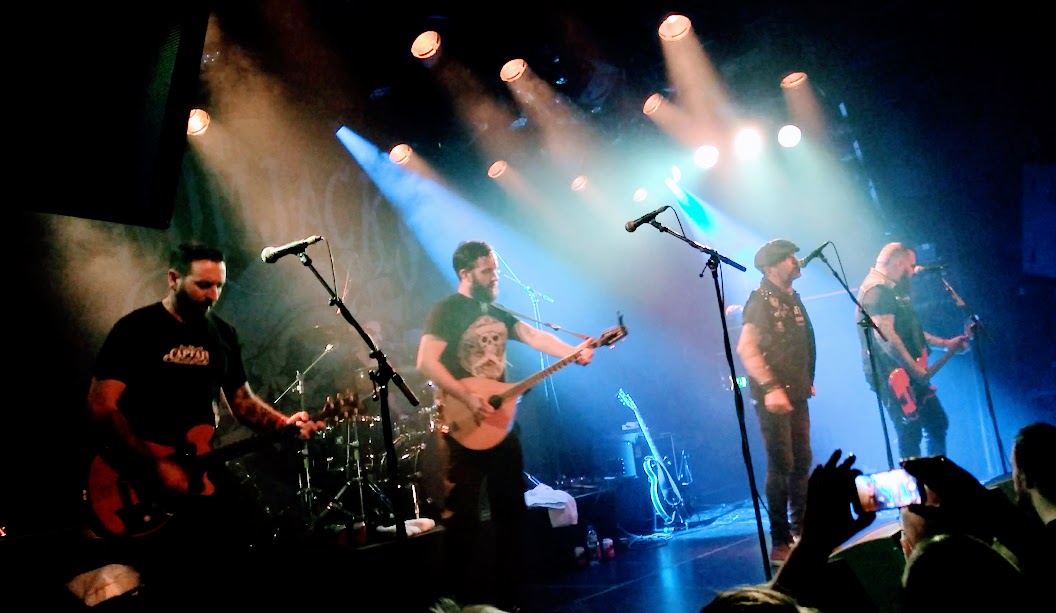 Kicking things off with The Patron Saint Of Thieves, The Rumjacks set the bar and drank to it with both menace and cheer. The song quota was relentless, there had to have been at least twenty and the sound was superb. I recall one song about Irish Pubs which was almost a riot, ‘Well I’ll be fucked…’ was the hookline and those were my sentiments exactly as bodies flailed and people wailed… Excellent…

Despite that number of songs, it was all over in a whirlwind of tin whistles, bouzoukis and punk rock guitars, although there was time for one more, which I think was called Tell Me Ma.
Be seeing you at Bearded Theory Festival in May…