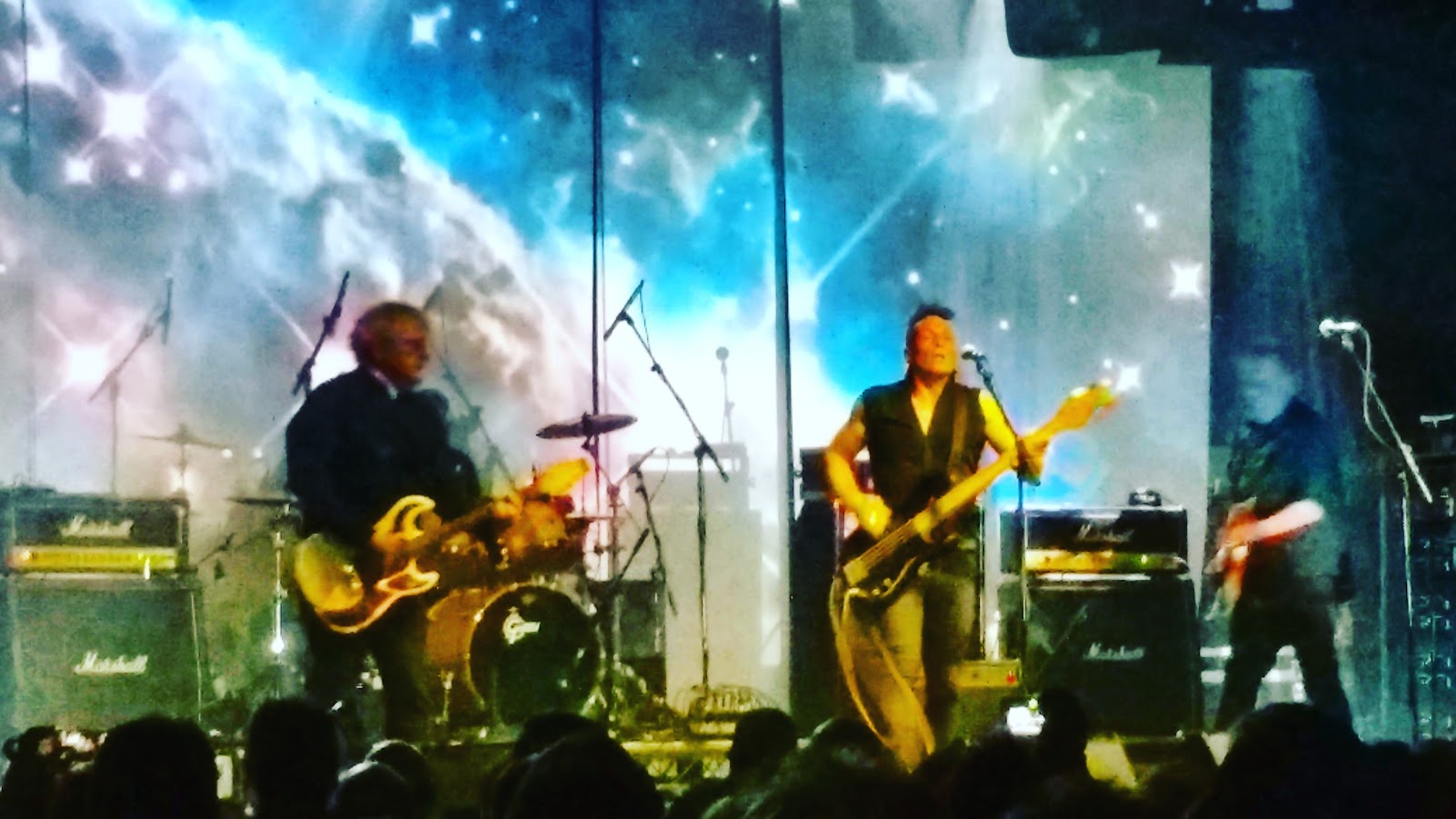 It was a bold, yet confident move to put your band on at a place the size of The Ritz and it paid off, such is the draw of this line-up.
Today was more of an event than a gig, particularly The Membranes set, which we’ll come to later.

We missed the opening acts, not for being one of the trendy types who traditionally turn up late in order to appear to be cool. But simply due to logistics. So sadly missed The Empty Page, The Blinders and the near legendary Dub Sex. 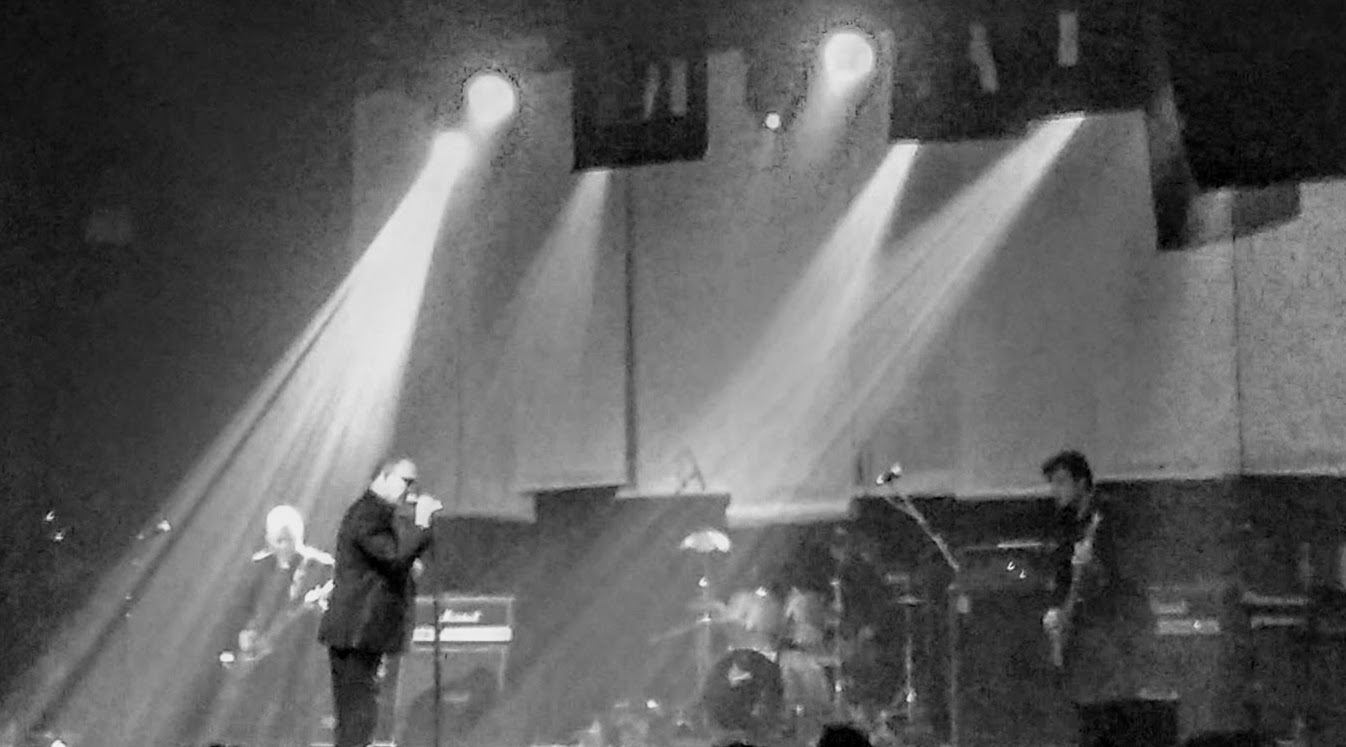 Robert Lloyd was in full flight with his Nightingales by the time we had arrived. They were all suited and booted and played the avant-garde part to a tee. I had seen them at Rebellion Festival last year, taking a well needed break from the brash punk rock. Their show is perhaps best described as a Billy Connolly format, where they start off with a song then go off on a complete tangent, flip their lids, and then return back to the original piece. It can after half an hour become tiresome to virgin ears, and I’m sure Lloyd will make no apologies as he stoops and stands imposingly on the stage. The solution of course is to become familiar with their recorded output. (Listen here) 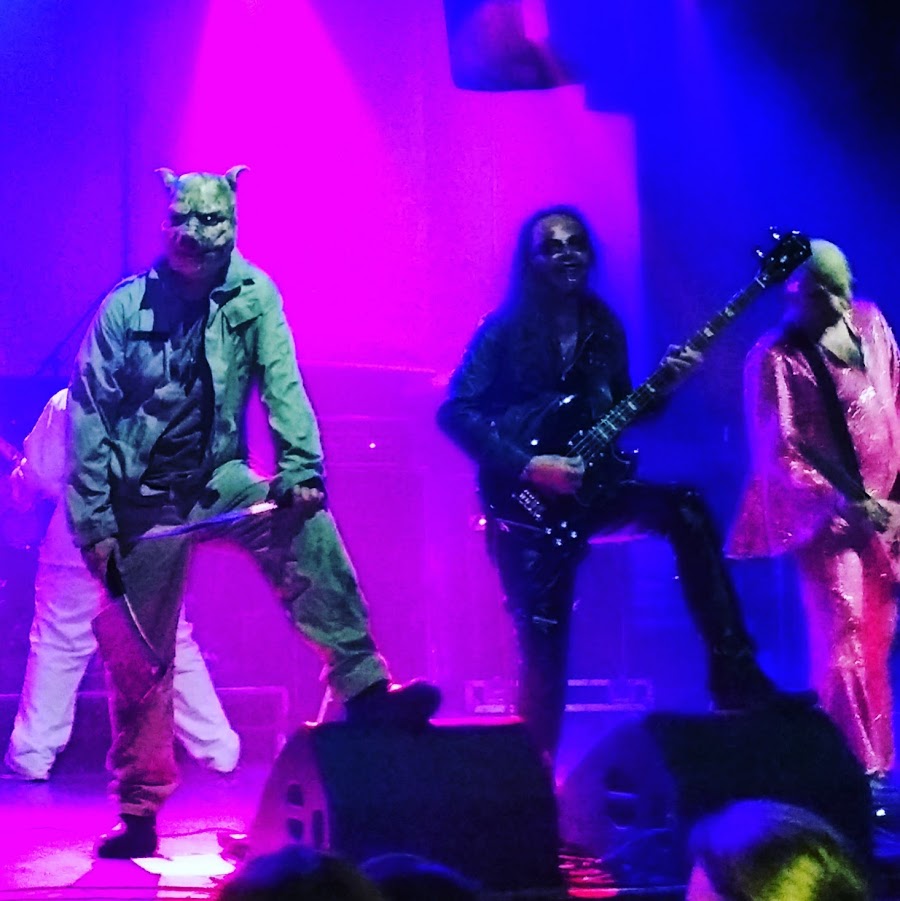 I first saw Evil Blizzard about four years ago when my old band, Braxton Hicks supported them on their home turf of Preston. Also on the bill that night were John Robb’s Goldblade and from then on it’s been a crash and burn rise for these middle-age mutants of a post-nuclear nightmare. Beware the evil that lies behind the smile for this is pantomime for the dispossessed, therapy for naked priests, the final solution for those on Death Row – this is an evil blizzard and you have been well and truly fucked in places you never knew existed.
Theatrics aside, let’s not forget those thumping tunes… Are You Evil is a staple diet of the Crud household, which I play so loud that the rest of the village now know the words… You dirty boy…. 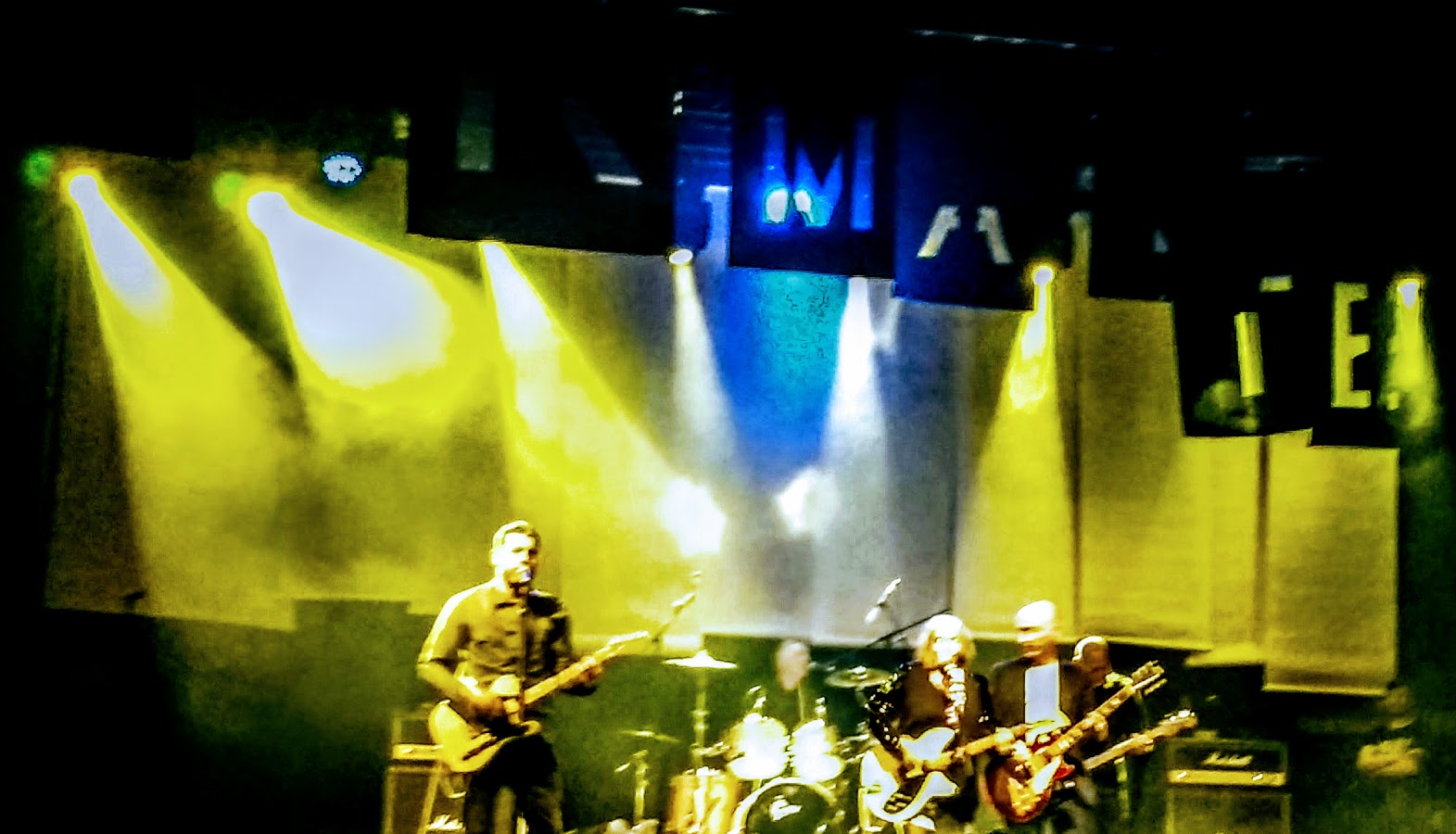 Brix And The Exricated were always gonna be up against it, as are all post-Blizzard acts and it did take me (and possibly herself) a couple of songs to get into it. My initial assumption was a poor Blondie playing second rate Blondie, however by song three everything seemed to ramp up and suddenly we were taken by the scruff and thrown into a cauldron of cool guitar driven music with a punk rock gilt edge. 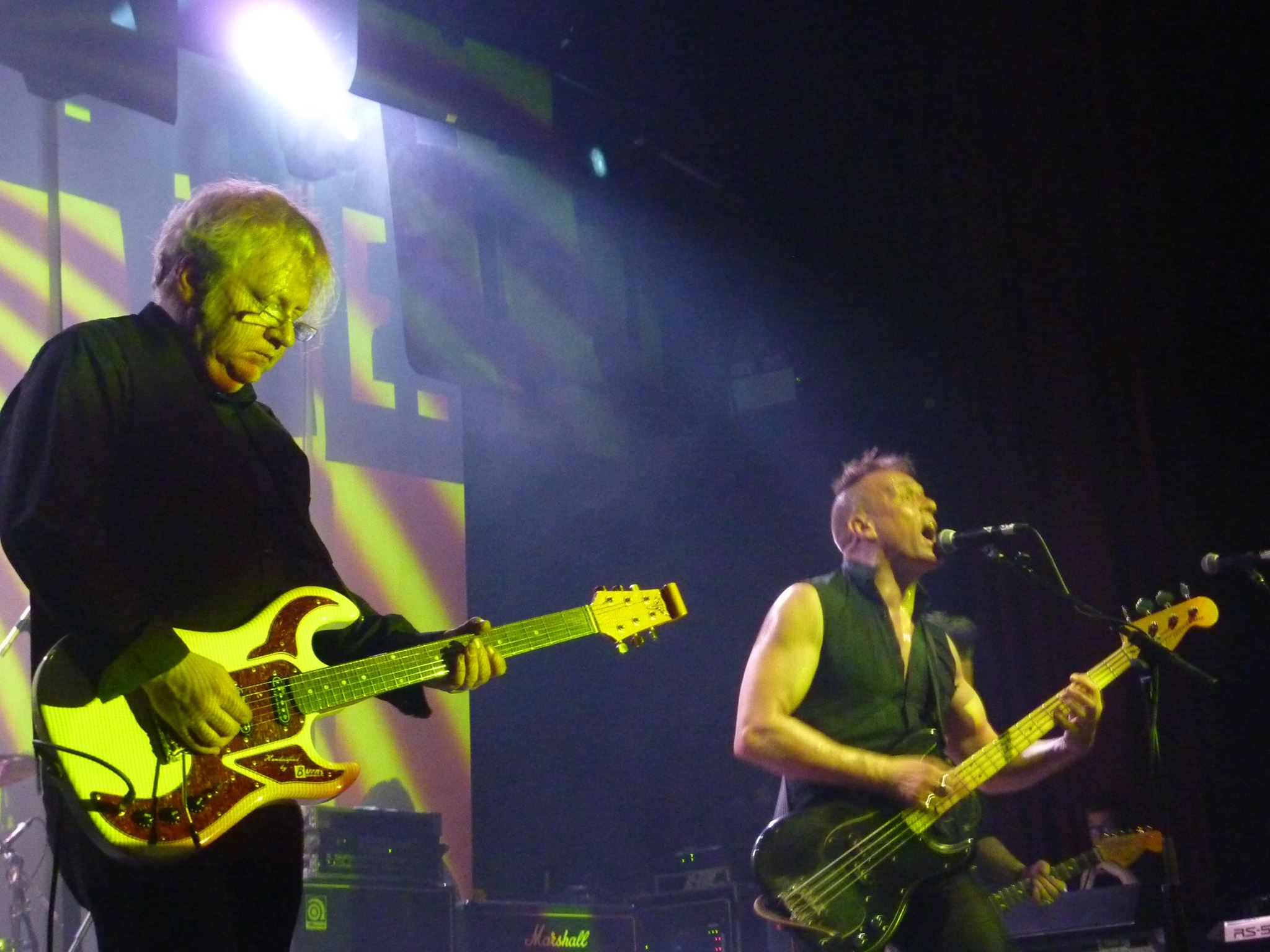 Membranes (pic above by Kevin Shepherd) have carved out a universe sized landscape for themselves since reemerging as almost a one-off nearly five years ago. John Robb seemed intent at the time at being Mr Goldblade with a membranic side-project. But the concept and universal appeal of the (in my opinion) new improved Membranes soon justified more gigs and a new record.
2015’s concept album about life, the universe and everything ‘Dark Matter / Dark Energy’ is still being reinvented and toured now in 2017. Why just play gigs, when you can host events, educational talks, shows with Estonian orchestras (in Estonia)?
You could call John Robb the Brother Of Invention as it seems he has been doing just that since the universe first exploded into a billion photons of pure white light. May it continue until he is finally dust…
Tonight, the Membranes set is not a gig, it is a show, The Membranes Experience… The Manchester BIMM Choir are assembled at one end of the stage and accompany and compliment a different approach on the album. A more cosmic approach, that would’ve perhaps been more appreciated had we all been seated to soak up the entire experience. This aside, it is a less harsh deliverance than a sweaty gig in some tatty seaside town, and both have a place in this vast musical universe we live in.
Great show…

Listen to Neil Crud every Monday night from 10pm on TudnoFM 107.8FM and online at TudnoFM