[review by John McVicker – pic by Bands At The Tivoli] 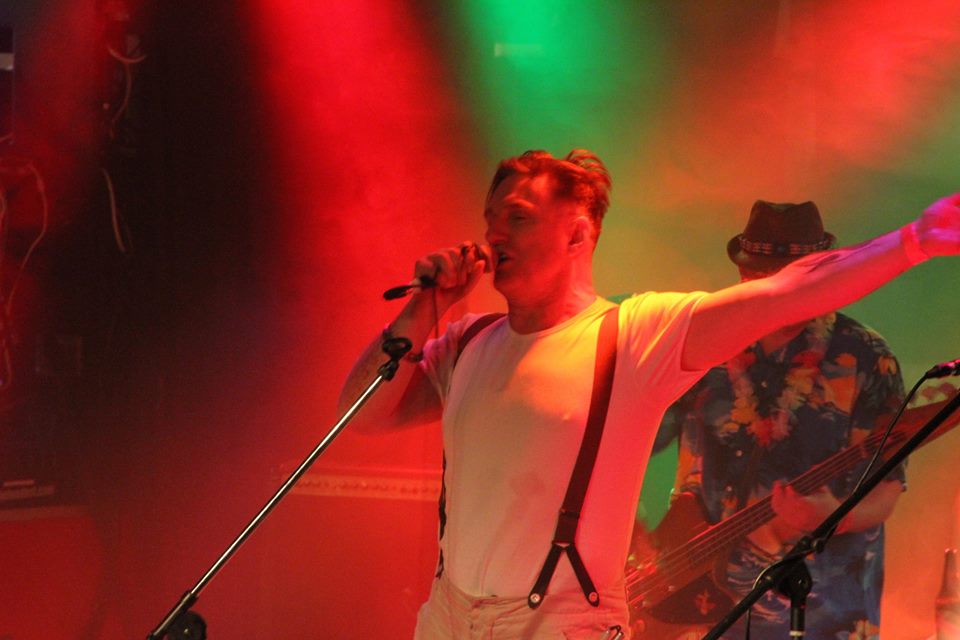 So it’s King Kurt at The Tiv…
It seems years since we heard the thundering drums of Zulu Beat, their first single and who can forget the Top of The Pops appearance? King Kurt may have split in 1988 but they have been back on the live circuit since 2002 not long after singer The Smeg was deported from Canada -(but that’s another story)

King Kurt gigs were always riotous affairs – who remembers the food fights, drinking competitions, the wheel of misfortune? These, and the sex on stage antics, always gained them good coverage in the tabloids.
There hasn’t been any new material since 1994 but here goes…

First up are The Spacewasters also from London with frontman Mick Lammond a native of Deeside. They are a decent garage/rock n roll band check out their debut album ‘The Band That Wouldn’t Die’ – it’s been on in the car since 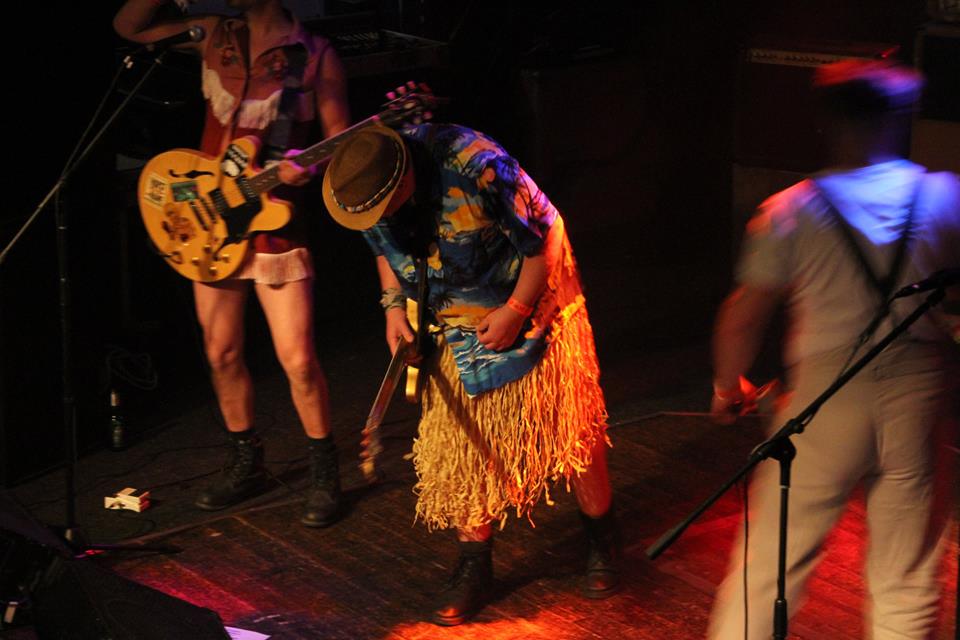 And on to the main event KING KURT – they kick off with an instrumental before the Smeg ambles on stage and they launch into a set covering all the favourites Zulu Beat, Zululand,  Rockin Kurt etc.  All pulled from their three studio albums, Ooh Wallah Wallah (1983), Big Cock (1986) and Poorman’s Dream (1994).
There’s no sax these days but Smeg is joined by originals Paul and Robert plus Eli on guitar, and on drums was Nick Burton (he of Westworld fame – Sonic Boom Boy anyone?).
On stage Smeg is still full of witty banter and the sound is good. No food fights but there’s a good fun vibe about the place, which is what a gig should always be.
All too soon it’s over before the encore with live fave Wreck-a-Party Rock ..so come back soon Smeg and save us from Coldplay, Stereophonics and whatever rubbish Cowell has planned for us. 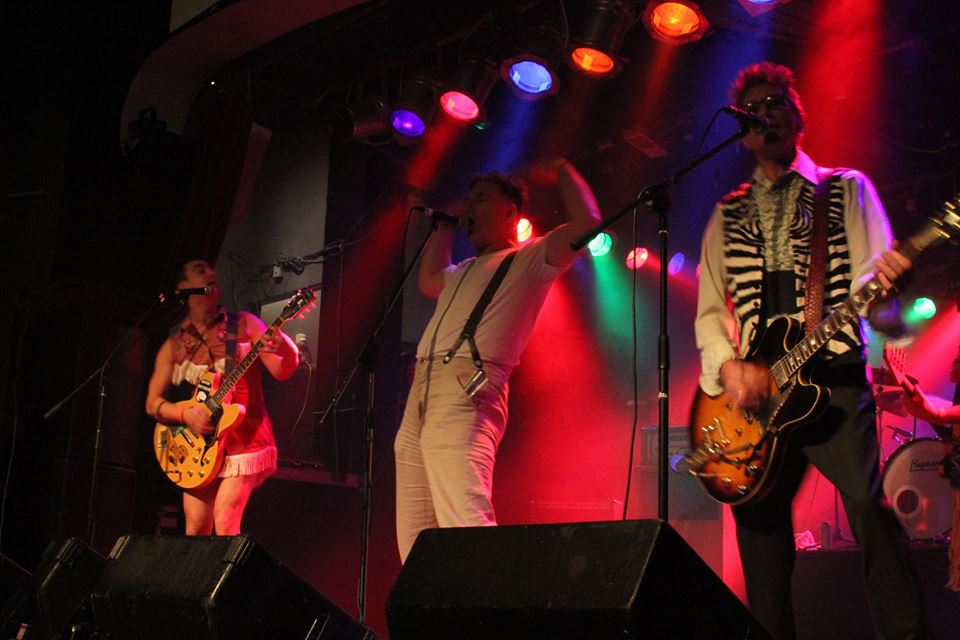