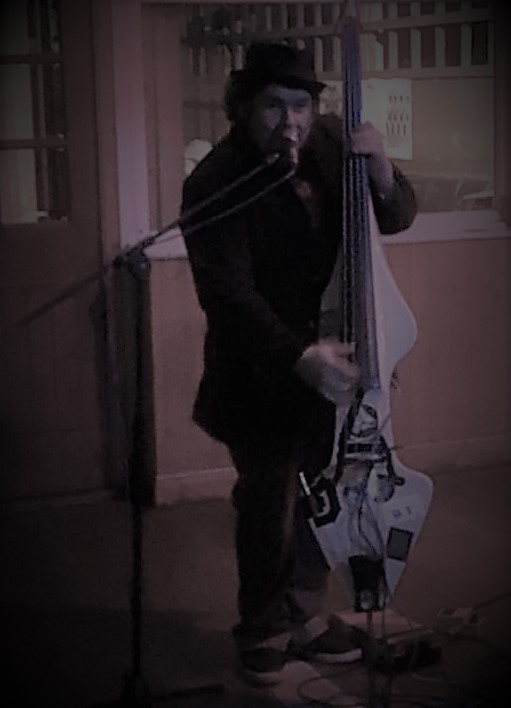 Grant’s tour diary reads,
Took a lazy day, did some writing and then headed off to Llandudno to do some banking and book shopping. Picked up Doughnut Economics by Kate Raworth – after the excellent discussion on R4 on Monday.Took the scenic routes around North Wales and soaked up the beauty all around. There’s a point where you can see Snowdonia and the Irish Sea, hazy and distant – bristling with wind turbines. It’s quite a thing to stand and be in.
Cooked dinner (beans and quorn sausages) – caught up with Hobbs and then eventually set off for the gig in Rhyl.
Driving into Rhyl you go through a completely mobile town called Towyn. It’s made entirely of caravans and caravan dealerships. Everything has wheels…including the beach.
Get to The North in Rhyl. It’s a pub in a community – that’s the first impression. It’s took a long time for anything to happen (PA, etc) and then Tom Goodall hit the stage.
What a great voice. He sang a song he had written for his late grandma that really hit me. Top notch opener. 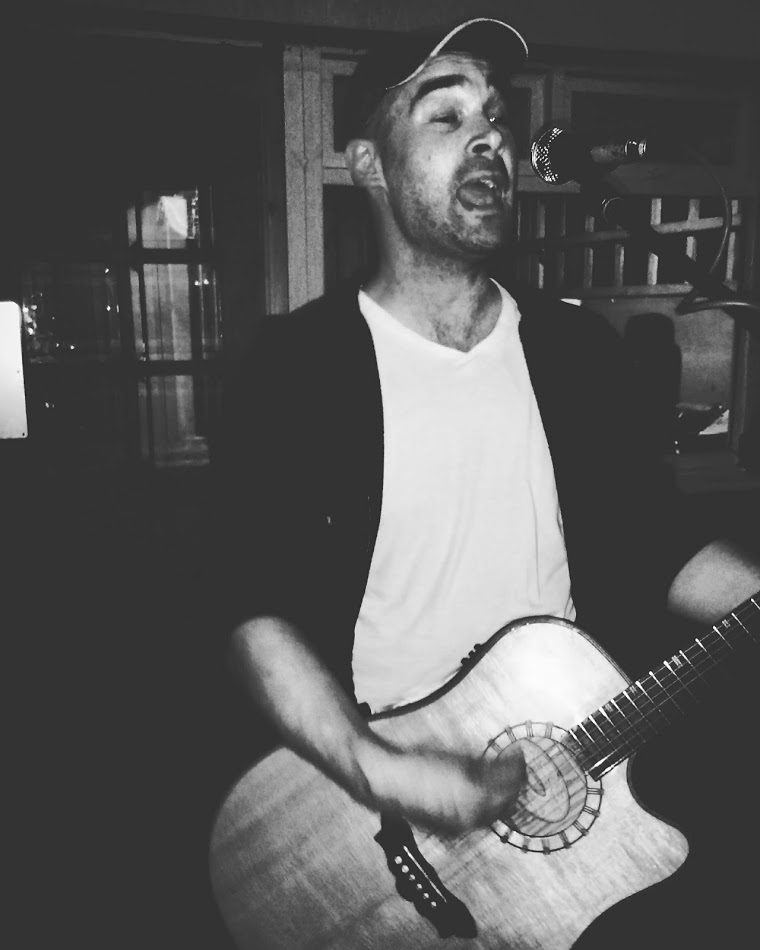 Tom Goodall is former Psycho Sexual Sex Terrestrial drummer turned singer-songwriter and, as I’ve undoubtedly mentioned before, is well revered in the acoustic and folk circles. Mr Sharkey nailed it about that song, it was from a broken heart. Tom put in a good shift, battling against loudmouths, drunks and people who seemed to frequent the toilets in a perpetual rotation.

Grant’s blog continues…
Then, unbeknownst to me, there was another support slot (it was already getting late and people had shown up to see hear me, I was getting anxious about losing everyone to the work day to follow).

Yeah, we (the music goers, not the bag-heads) were also surprised at this unknown inclusion, as we did have work the next day and things didn’t actually start ’til gone 10pm.
Ross Cardno picked up his child size guitar, announced he was pissed and started strumming. It was quite intriguing and slightly unusual. Two chords, closed eyes, an uncomfortable stance and a really good voice with an odd-bod delivery. The intrigue did however turn to annoyance as the set droned into it’s 35th minute (the same two chords) and someone decided to get up and drunkenly rap while Ross played on (and on and on)…

Grant takes up the story…
Once upon a time, Toupe supported Sack Trick. The drummer was Robin Guy (Rachel Stamp, Sham 69 live drummer) and I remember finishing our set, I was chatting to someone in the audience and Robin jumped on the stage, told me I didn’t have time to chat and to clear off the stage…at the time I was angry about that, but the energy with which he adhered to the band’s time slot and the venue curfew taught me a lot about getting on stage, communicating needs and, essentially, being professional.
I jumped on stage like Robin Guy as soon as I could. It would be easy to think ‘yeah, but it’s only 30 people in a pub in Rhyl on a Tuesday night’ – but the truth is people had given up their evenings to be there and that deserves a level of commitment from me too. 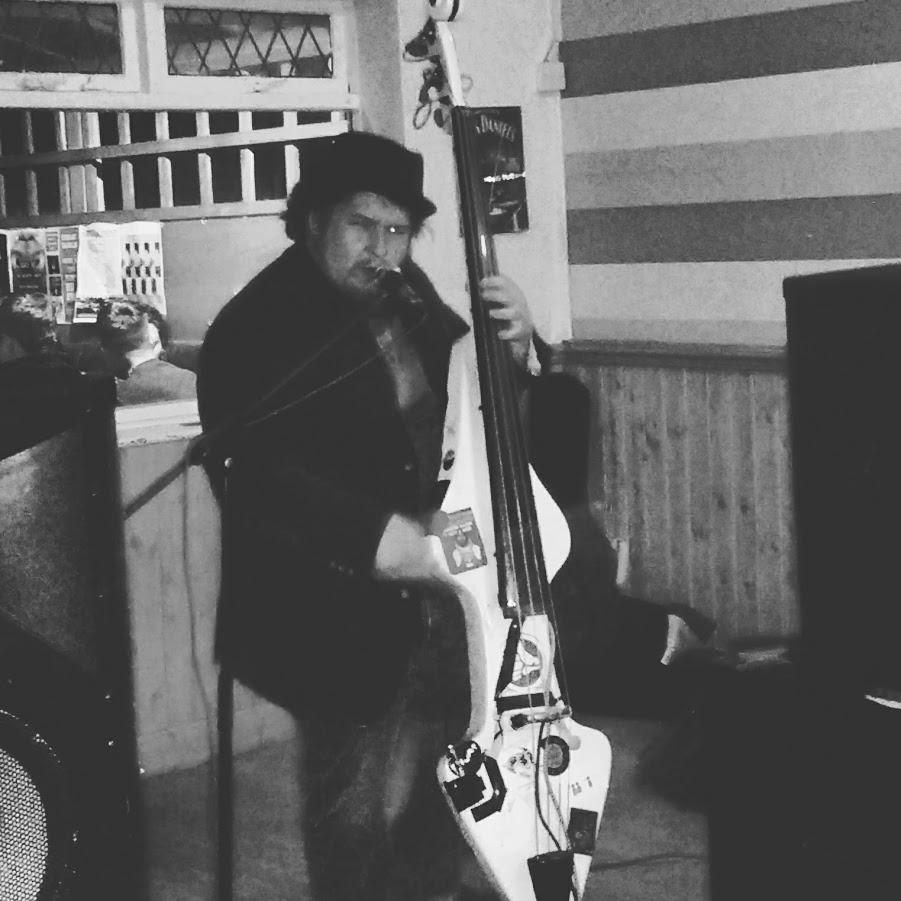 Finally…!!! Grant Sharkey gets to play to us and promote his latest album ‘Radical You!’ (Vol. 1). His quick witted humour and even the drunks laughing (some too thick to realise they were actually the butt of his jokes).

Hooked the room in with Power Of Fuck. It’s a good song for breaking the attention of the phone starers and chit chats. A mix of old and new. I did ‘Call That a Master Race?!’ and ‘Pencils!’ from Radical You as well as ‘Spoons’ – that went down stupidly well. I do enjoy the last verse and people’s faces.
Finished up – stuck the hat down and was rewarded better than I could have imagined at 12.30am, in a pub in Rhyl, on a Tuesday night.