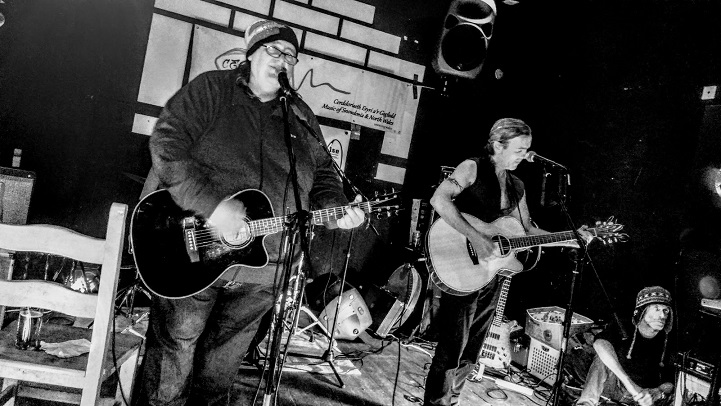 Almost a year to the day since he played live on my radio show – Colossous appears on a stage for the first time in what seems like aeons. From his Cerrig hideout, Rich Eardley, the former Melys bass man has been working on a number of projects and collaborations, but tonight it’s about that great voice and that knack for writing great songs. He is joined for a few songs by his ex-band member Chris Naylor. They were in Skabbz together 25 years ago; a horrible band from Betws-y-Coed; tonight they performed I Found Out and Got To Get Out, which were far from horrible. We were also treated (among others) to Texas Hiway, Conwy Valley Love Song and the simply sublime Only. A real treat to see Rich back on the stage again.

It’s the opening day of Curiad-Pulse festival in Bangor – a local festival, carefully managed across the city to ensure nothing clashes. It all kicked off at Mudshark Records this afternoon before events moved up the hill and upstairs at Rascals. I did sit outside The Skerries in my car thinking it seemed a little quiet, until the realisation hit me that I was outside the wrong venue! 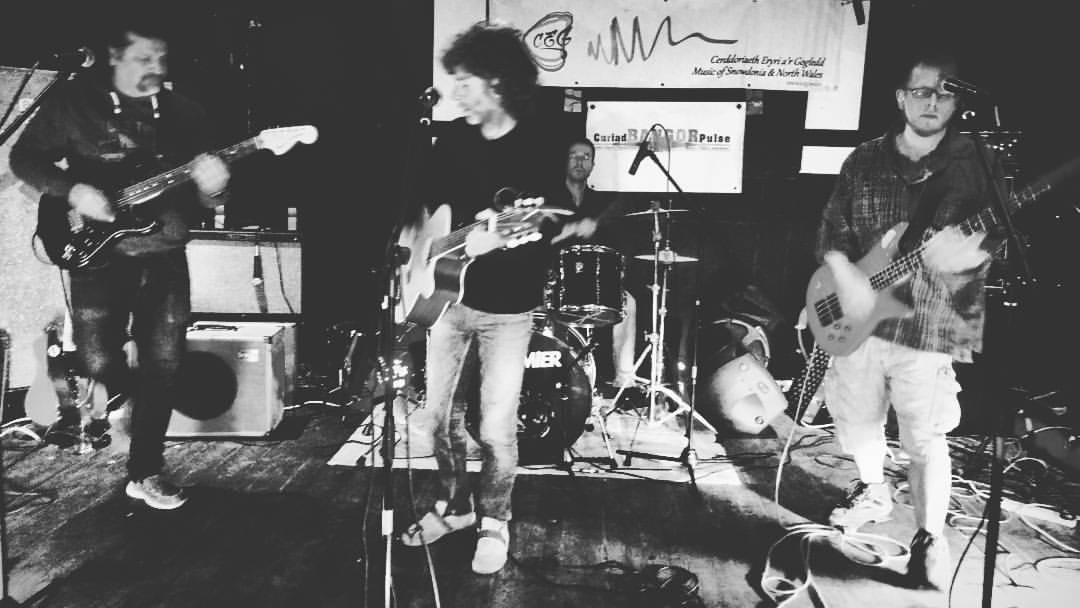 The Secret were the only ‘full’ band I saw tonight – not entirely my cup of mushroom tea, being too MOR for my hardcore arteries. They did however pique more of an interest with their penultimate song Senseless – this was pure dreamscape material and by the end of the final song, I was lost in a Door-esq world of meandering guitars and bass rhythms. 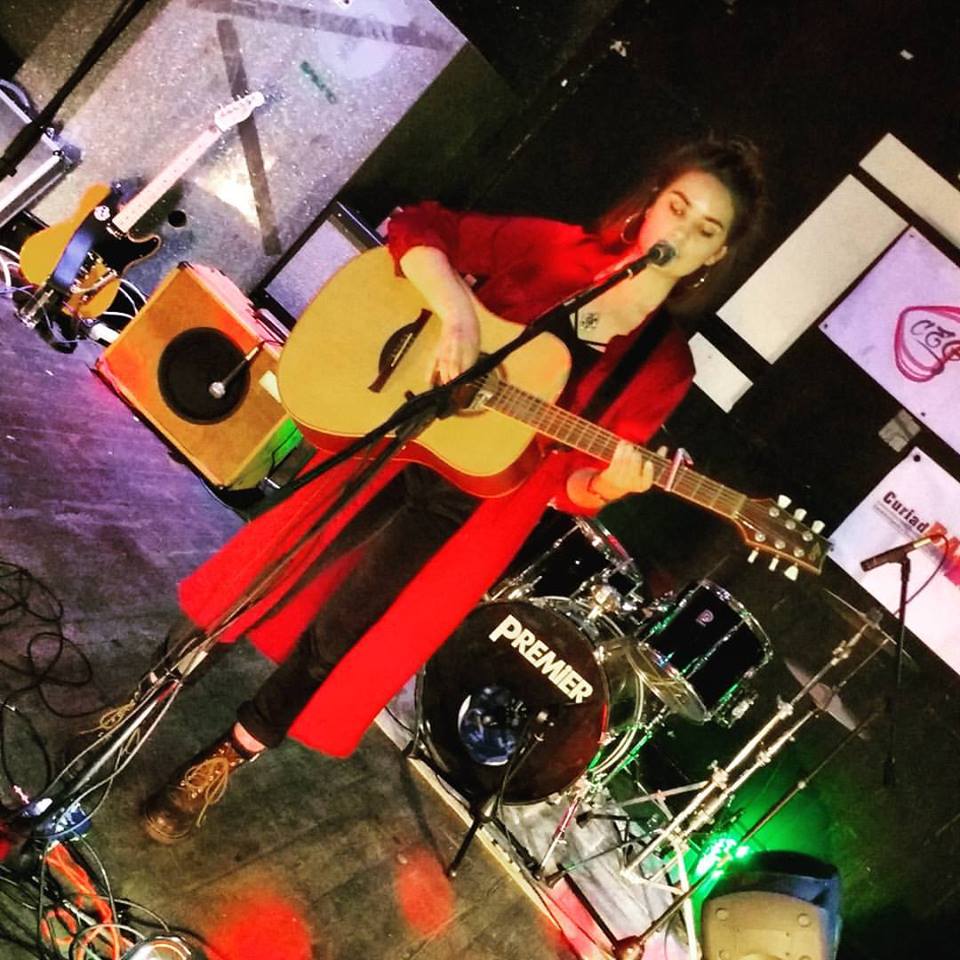 Hannah Willwood was a pleasant surprise for the evening… I still inwardly groan when I see anyone get up with an acoustic guitar… I dunno why… Well, actually, I do… It’s because I’m expecting to endure a set of pointless cover versions, and that is quite often the case.
Hannah however, showed us prowess, invention, a great voice and clever use of a pitch-shifter to double-up her vocals in choruses. She also has strong original material (and, ahem.. a couple of covers) and a tolerance for the pissheads falling over her during her set. Hope to see/hear more from this Caernarfon based singer/songwriter soon…
(fb page) 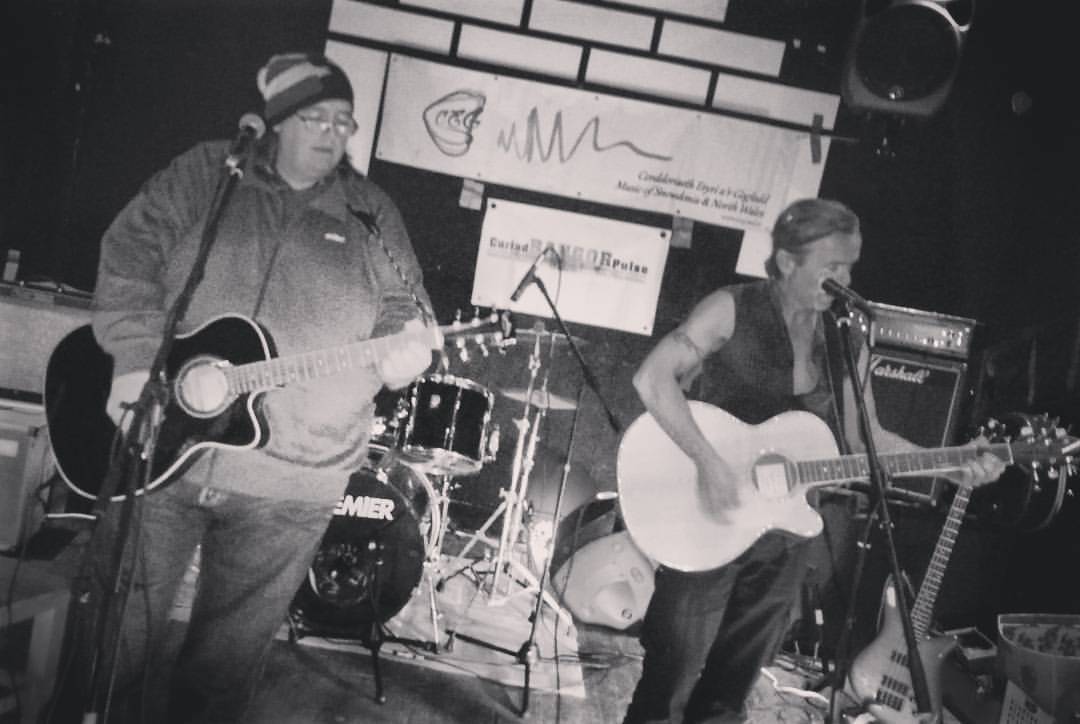