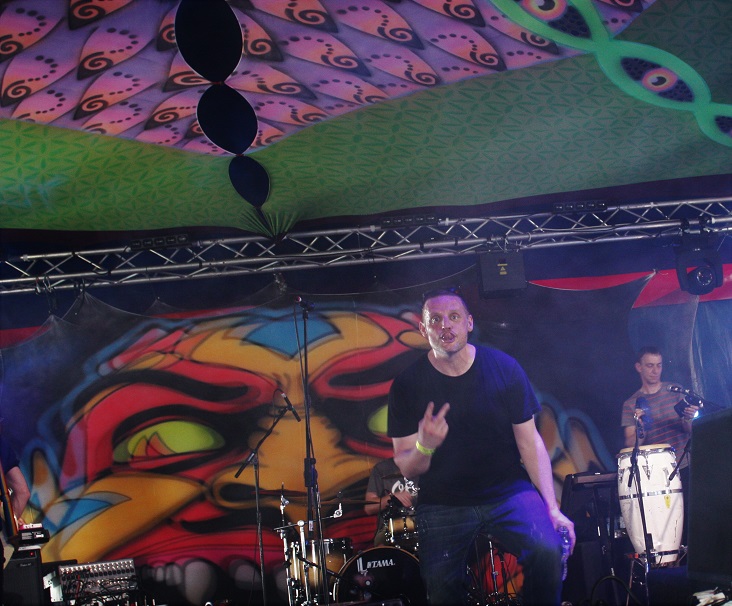 You open your eyes and realise you’re in a tent. The shakes you’ve got tell you that you perhaps partied a little too hard on the first night of Bearded Theory festival – but hey! It’s tradition. As a result, Beer o’clock won’t be for a long while yet and you’ll heed the ‘drink responsibly’ tags they put in the small print on TV adverts. 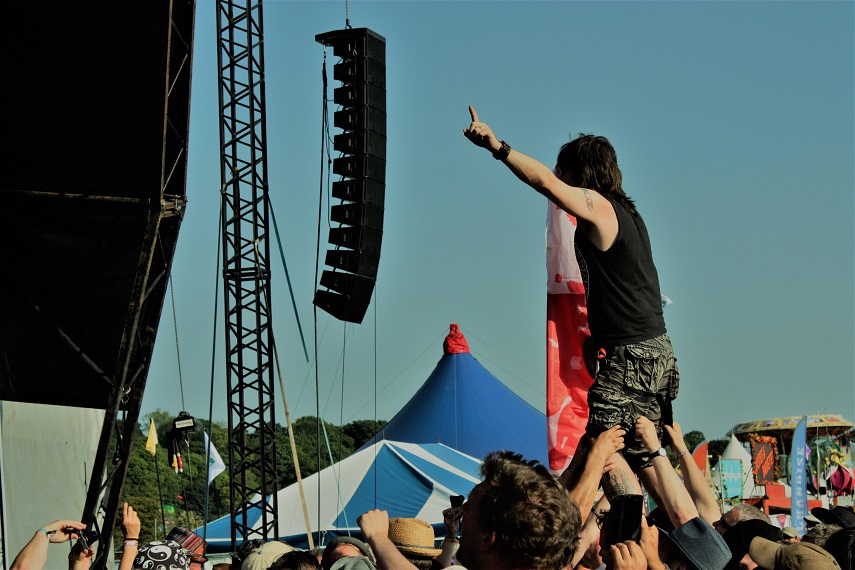 The sun is beating down relentlessly… That yearning for warmth since last September is now bearing fruit (and sweat) as the market traders put the Festival Wellies back in their boxes and are arranging shades and sun-cream at the fore of their stalls. 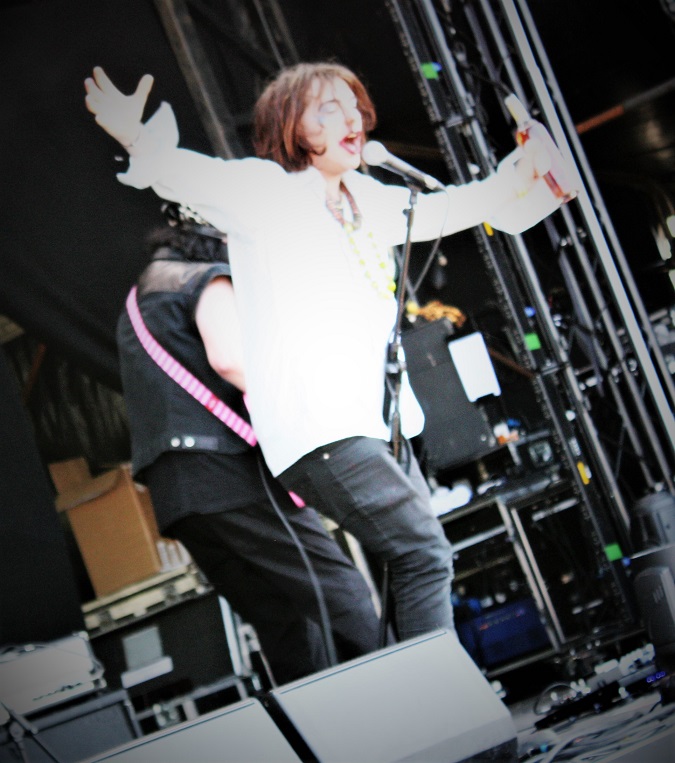 Sheffield’s Faerground Accidents opened The Pallet Stage (main arena). Having seen them twice before and on both occasions they were excellent, I feared being on such a big stage wouldn’t work for them. They went headlong into their first song and filled that stage. Singer Bomar Faery seemed a little more reserved than previous… less of a car crash – hardly touching his customary stage prop of a bottle of Rosê (perhaps he too partied a little too hard last night).  Faerground Accidents are a psycho sexual band with songs of sex and tragedy, like Perfume – ‘It’s obvious I love you cos I spent the night with someone who wore the same scent as you.’ The words are performed as well as sung by that great voice; it’s effeminate goth. Imagine if Christian Death were a cabaret band. I spoke to guitarist Murray Fenton later and he threatens an imminent debut album coming out on Louder Than War Records. Ace. 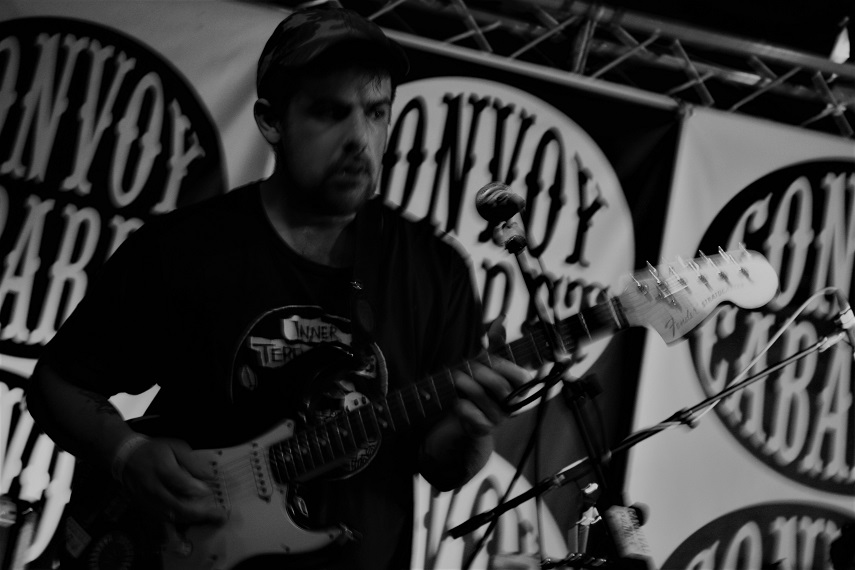 The Convoy Cabaret tent is always entertaining. The convoy crusty punks have set up their own Judge Dread type future… It’s an adverse reality with no cops to mess you around. This is perfect for Public Order Act and their nihilistic dub punk, covering subjects like the plight of a take-away delivery driver and fantasizing about killing your boss. It’s a bit ropy to start but they shine in the parts that matter. They do the dub stuff really well and it’s blends terrifically with the punk stuff. I’ve long been dubious of ska-punk bands, having seen so many shit ones. Some kid plays a choppy guitar with no distortion and calls it ska-punk – but bands like Public Order Act and all the others this weekend have instilled belief that it can be done properly. The thought and effort that has gone into their songwriting and delivery is what makes them a great band. 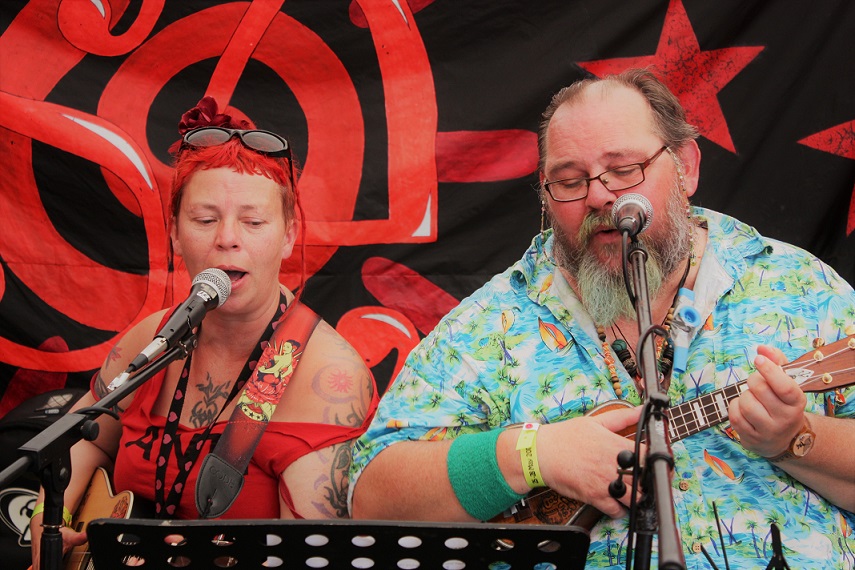 Caught a bit of Skaciety in the beautiful setting of The Woodland Stage but they were a little too jolly for me, and despite their obvious popularity they came across as an X-Factor ska band to my punk rock ears. So we skipped across to the Something Else Tea Tent; where there’s 24 hours of entertainment and open-mic going on with tea, boozy coffee and cake being served. The host, Gail was on stage alongside the bearded Keith duetting a great set of unusual covers with a ukulele twist [pic above].

Also dipped our toes into the Magical Sounds Tent for a drop of Geezer / Jah Scoop [main pic] ahead of seeing Banco De Gaia [above] later on. Toby Marks (Banco) did not disappoint… We dropped in as Last Train To Lhasa was starting; a staple part of Fatman and I’s Yassassin DJ set back in the day. A treat to finally properly witness. 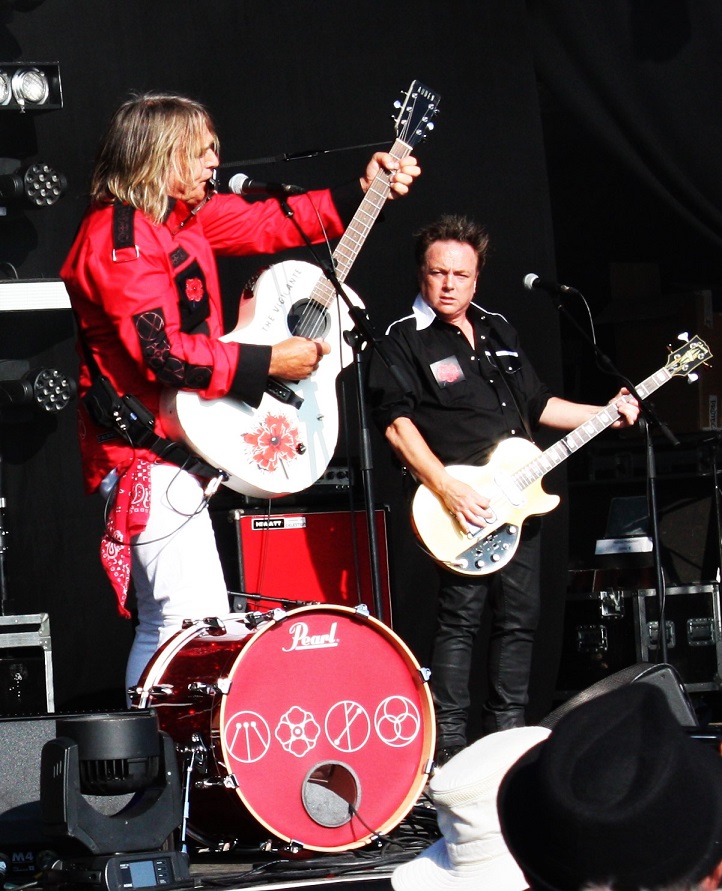 Being neighbours of ours it was only right to catch The Alarm on the Pallet Stage. With Craig Adams on tour with The Mission, guitarist James Stevenson switched to bass duties and The Alarm were down to 3-piece. Main-man Mike Peters had to work the stage harder as well as play all the guitar parts. His professionalism is second to none and he delegated plenty of vocal duties to a willing crowd, playing old and newer material to keep all interested. From Marching On, Where Were You Hiding When The Storm Broke, Superchannel, 45 RPM, My Town through to Spirit Of 76, 68 Guns they went out in a Blaze Of Glory. 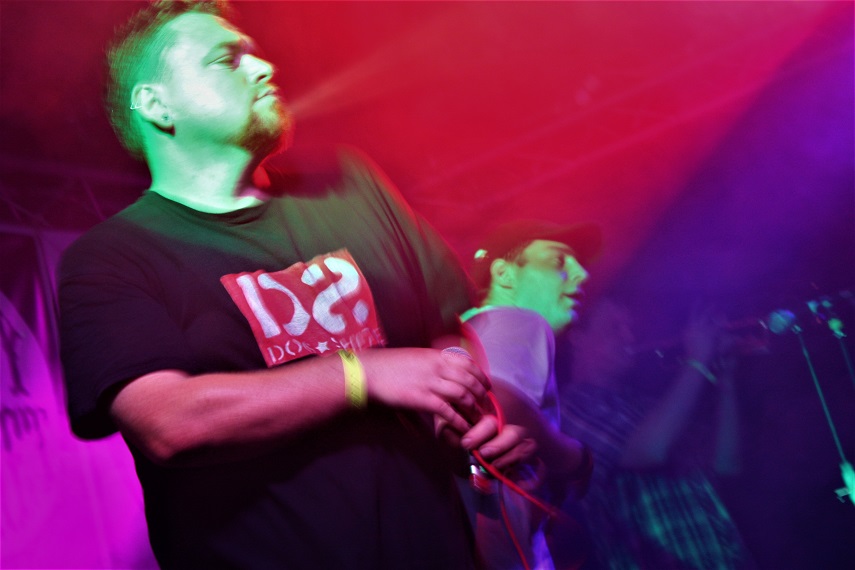 Did a bit of Ferocious Dog and Skunk Anansie both filled Pallet Stage but neither really filled my pallette like a Thali Curry from Ghandi’s Flip Flop cafe, which, along with their Kedgeree breakfast was the staple part of my daily festival diet. The Convoy Cabaret tent was Friday’s final port of call, we squeezed past the burlesque dancers to see China Shop Bull [pic above]. From Leeds, they are a proper A+ ska-punk-rap band, it should be cheesy but it ain’t – it’s gangsta-punk rap with a brass section that’ll burst into a wall of hardcore fury. Did I say A+..? I meant Class A. New single NHS is out tomorrow.