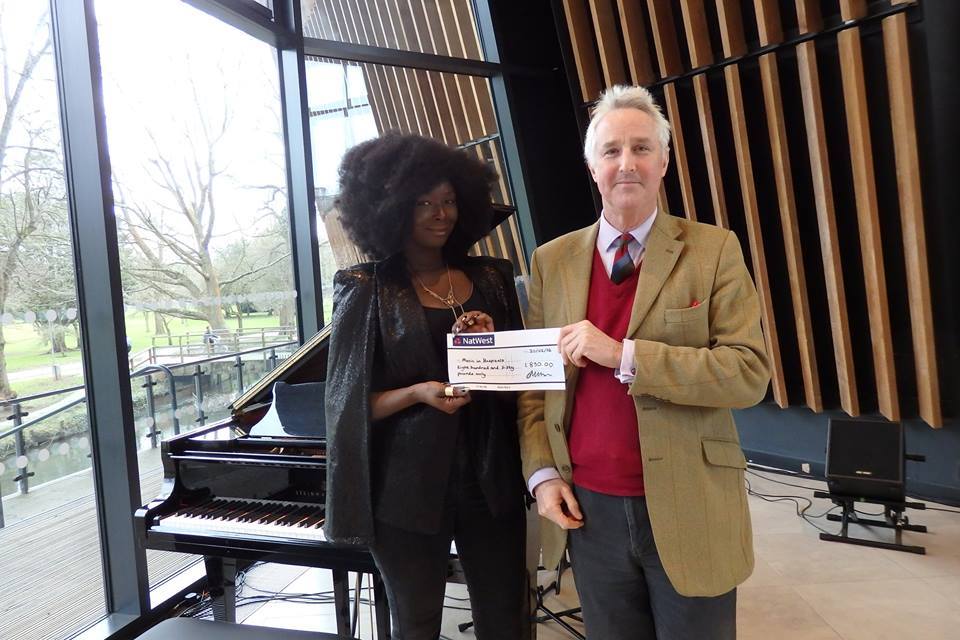 Last November some of the biggest names from alternative Welsh music came together for a ‘Testimonial Concert’ at Neuadd Ogwen in Bethesda to celebrate the contribution of Alan Edwards (Maffia Mr Huws), Barry Cawley (Y Cyrff) , Johnny (Fflaps) and Bern (Elfyn Presli) to the Welsh music scene. All of whom are sadly no longer with us.
The concert was held at the end of last year, and all profits from the concert went to the charity Music in Hospitals. Dionne Bennett from The Earth – the headline act for the concert – recently visited the Music in Hospitals Wales office to present the charity with a cheque for £850.
Robert Aitken, Director of Music in Hospitals in Wales, commented: “A lot of groups call us up with the offer of a fundraising gig, but it’s not often we get one quite like this. A representative from our charity attended the evening and said the atmosphere was electric. We’re so grateful for the support of these artists.”
Other acts completing the line up included: Radio Rhydd; Fiona & Gorwel Owen (Eirin Peryglus / Plant Bach Ofnus); Henry Priestman (The Yachts / The Christians); Dic Ben and Gethin Jones from Elfyn Presli; Neil Crud and Alan ‘Cumi Pants’ Matthews (4Q); Ann Matthews & Alan Holmes (Fflaps), Dyfrig Topper and Maffia Mr Huws.
Rhys Mwyn from Anhrefn, one of the organisers of the event, commented: “The charity was chosen by the families of the four musicians being celebrated and it made perfect sense that we should be donating to a charity involved with music.”