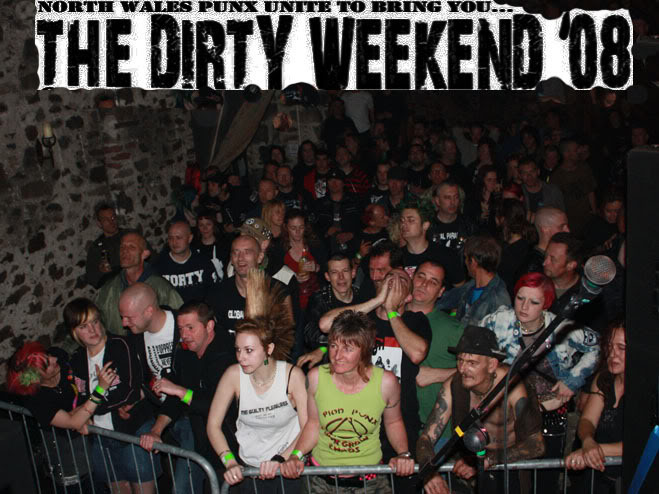 The Dirty Weekend festival today announced it’s new name – Common Ground.
Reading between the lines, a name change was inevitable if it was to survive as they have had so much adverse publicity through no fault of their own over the years. Venues and sites changed on an almost annual basis due to the conservative nature of the neighbours not wanting a ‘Ghastly punk rock festival’ on their doorstep.
Here’s the statement in full…

So today is the day! The new name for Dirty Weekend will be ‘COMMON GROUND’. We feel that this name suits us in a lot of ways whether ethically, socially or politically. This name was chosen by Joe Yorke who gets a free ticket to our festival in 2016. We can tell you now that COMMON GROUND 2016 will take place on September 2nd, 3rd and 4th in Gloucestershire! Full info will be released in due time, we also have some wicked bands to announce. For those that are already planning, tickets will be exactly the same price as last year and will go on sale as soon as the first band announcements and site info are out.

Dirty Weekend was a punk all-dayer in North Wales run by our close friend Dave Cox (also known for smashing the hell into drums and being sick down himself in Global Parasite) and in 2012 he asked Pumpkin Records and Elliot Capper to get involved and help make the gig into a festival, over the years we have all worked closely together to try and make a festival with not only good bands, but good sound, good people and making money for organisations that we like and want to support.

This year Dave Cox will be leaving the collective after over 10 years of running Dirty Weekend. Dave is still a brother to us and we want to thank him as a collective for giving us the chance to get involved with his already established gig, and help make a good festival! Massive love and thanks from all of us Dave!

Details for COMMON GROUND 2016 will be released in the coming weeks. Please pass this on to everyone and anyone that has come to, or supported Dirty Weekend in any way, info coming soon…

Ears to the ground.