It’s a bit like Prince with the title, as it’s now the Common Ground festival, formerly known as The Dirty Weekend. However like last year, ahead of the actual event in The Forest Of Dean in Gloucestershire, they have released a compilation album featuring 45 of the artists playing the three day event.
From it’s humble beginnings at The Dudley Arms in Rhyl as The Dirty Weekend and venue changes that seem to be an annual occurrence, you will see from the line-up why it has nearly sold out.

The album is free to download if your conscience allows it – however the word BENEFIT does mean exactly that and you should make a monetary gesture and pay a little something to the causes this festival is supporting…
BRISTOL SKIPCHEN
www.facebook.com/bristolskipchen

They say… ‘Common Ground is a politically conscious benefit festival, organised a by a small collective of like minded people, who want to put on an event that helps to raise awareness and funds for campaigns and organisations that we feel passionate about.’ 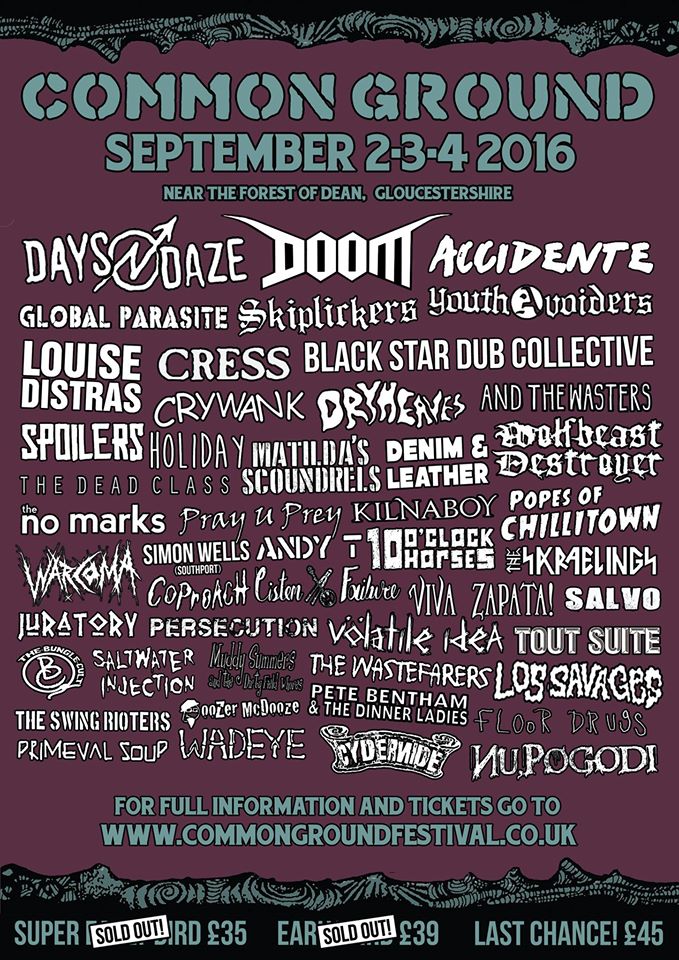