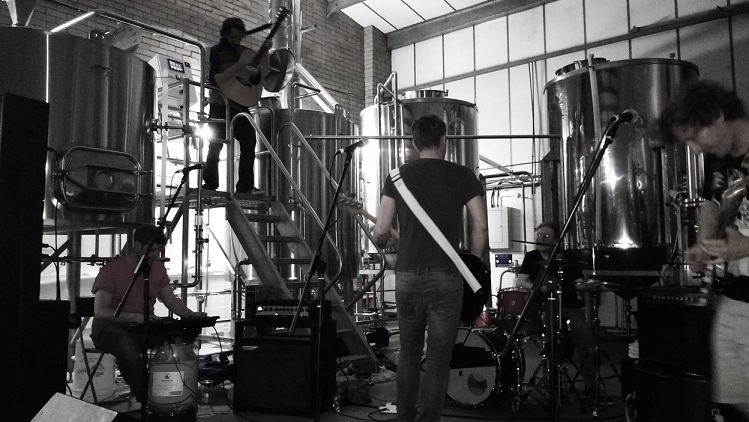 A piss up in a brewery? What could possibly go wrong? Well, actually nothing.. Everything went right…
What a great concept.. Have an open day, sell home baked pizzas and lashings of your various ales… My favourite was the Palomino Pale Ale (5.4% as my head told me the following morning). 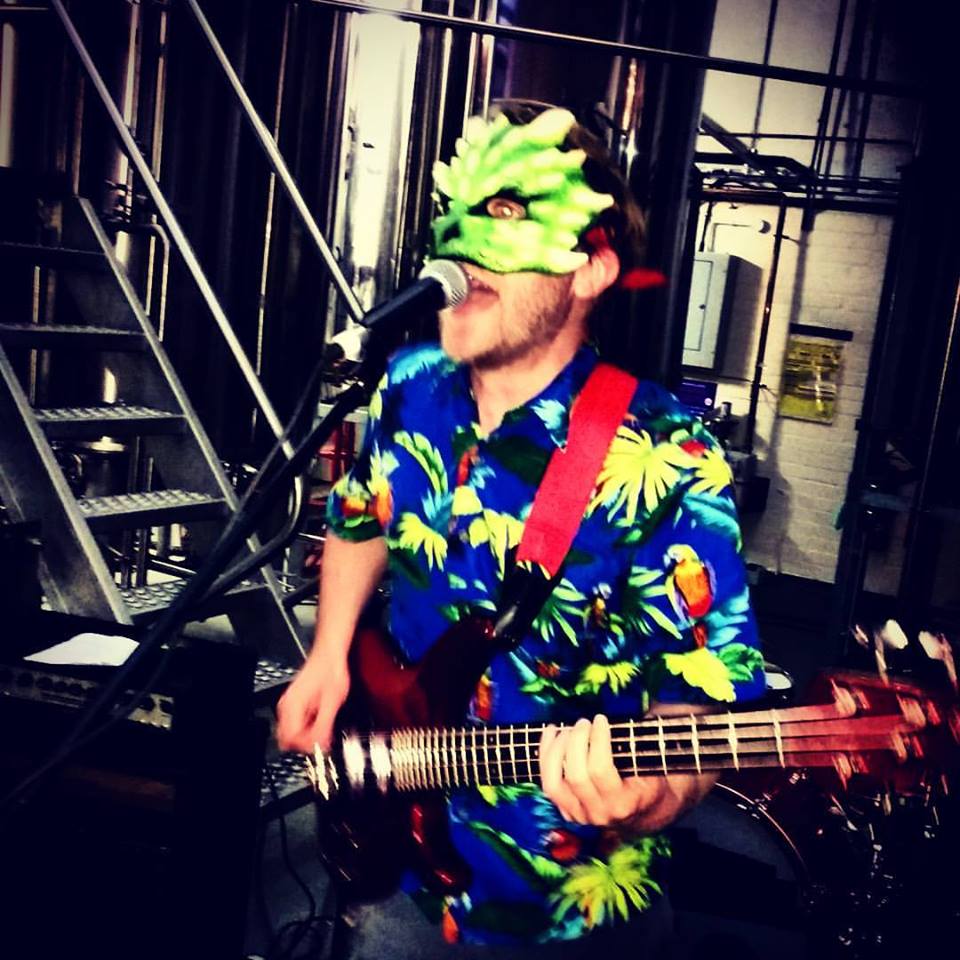 Fuzzasaurus took to the floor to bring us some prehistoric fuzz bass tunes – kind of like a freaked out rockabilly acid casualty. It’s simple, it’s fun and most importantly, it’s very entertaining. 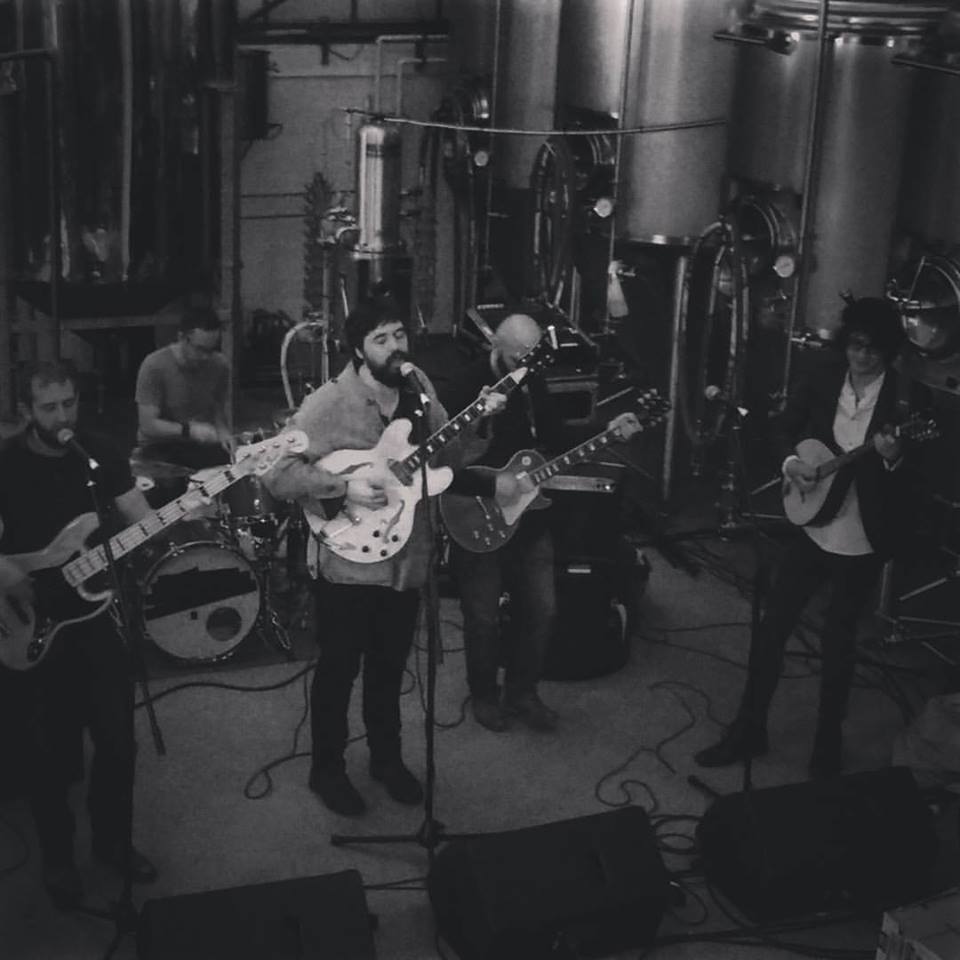 Liverpool has long drawn up talent and The Good Host are no exception. I had no knowledge and no preconceptions of this outfit, so when they delivered sublime indie-alt-folk against a backdrop of beer vats, we all smiled ear to ear. Dripping in melodies, oozing confidence and simply fantastic.
Singer, Jason Baxter has a great voice and a bearded smiley face… If you lived with him you’d probably end up screaming ‘Stop fucking smiling!’.. but for half an hour onstage he and they bring you an unrivaled feelgood factor. 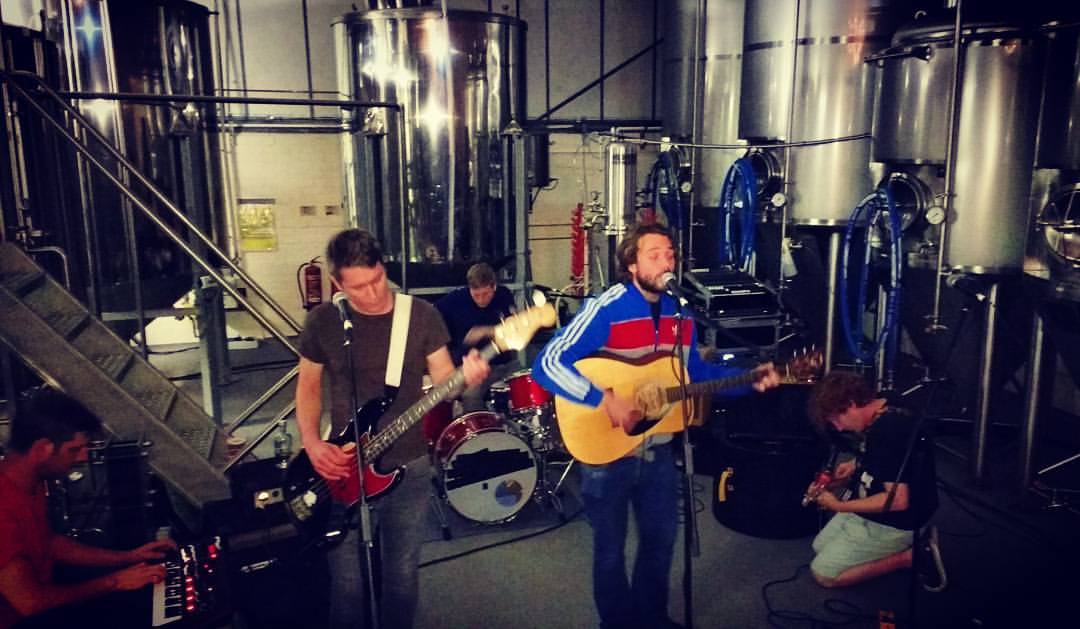 You can add feelgood to term Gintis, along with a maelstrom of other emotions, I both laughed and cried during their criminally short set. Laughed because it’s so good to see them back in the mix. Cried because I was taken aback at hearing Philosophical Transactions Of A Disappointed Physicist live again after so many years. I also laughed again when Carl still sang it out of tune, but even that adds to the brilliance of a song of such magnitude (written by a 16 year old).
Rumours are rife of a Gintis comeback (a proper one), three gigs in a month is unprecedented for this band who always seem to be on hiatus. They’re demoing new material, one song of which they played tonight (and last night in Chester). And maybe, just maybe we might see some serious output from this hugely self-underrated band.