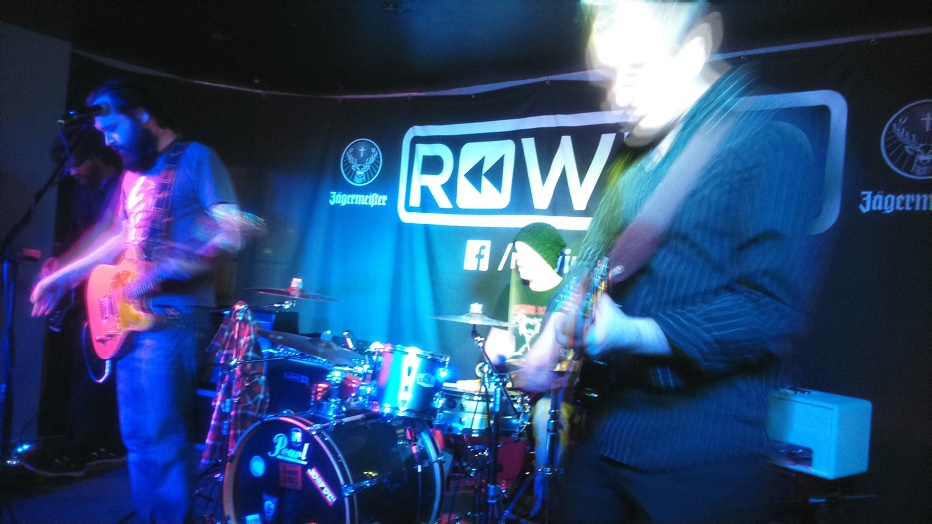 Future Exits are an oddment insomuch that I shouldn’t like them. I should be the annoying heckler at the back shouting ‘Wanker!’ in-between each song. Yet there is something compelling about them… I mean, they have a guitarist who wears plimsolls and his guitar too high for fuck’s sake! AND he tickles his guitar, like a post-nervous breakdown version of some new romantic has-been – I should hate him, yet it’s compelling.

The songs should be dismissed as self-indulgent wishy-washy bollocks, yet they’re compelling… Filled with intricate delicacies that are very more-ish, rather than self-indulgent. Driven by a zoned drummer, tuned into the bass and fronted by the extremely likeable Richard Geraghty, who kind of falls infallibly into the songs.

As part of Wrexfest, this particular corner of the festival was thin on the ground so far as people were concerned and Richard earlier questioned the thinking behind putting three shows on in different venues in the same town on the same night. Well, it is a festival, but he has a point – not enough people, too many bands for a cold wet night in February… The core of whom were at a packed Un Deg Un… They missed Future Exits play the absolutely sublime Giant Killer Ants… Their loss entirely.