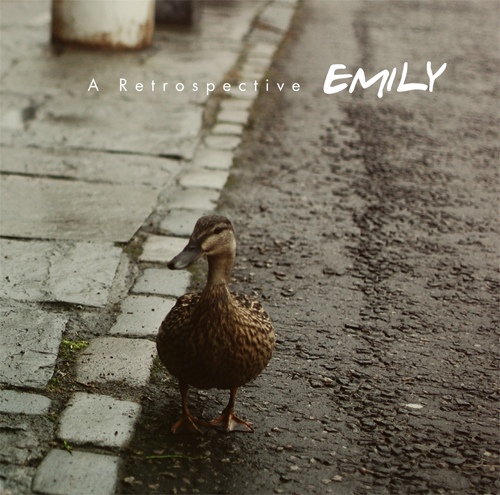 Emily? Who the fuck is she to warrant a double album on vinyl? Never heard of her…?
To set your ignorance straight, Emily were an indie band from back in the day (late 80s) who managed to coerce Alan McGee into signing them to his Creation label. They appeared on a Creation compilation album called Doing It For The Kids and released a 12 inch EP called Irony. They did record an album for the label but it was never released.
Despite rubbing shoulders with Creation types, their style was more C86 – Lloyd Cole than pre-Britpop guitar driven arr-kid stuff.

This Ruthin band went through various guises through the ages, with Ollie Jackson being the mainstay. So here it is – ‘A Retrospective’ (available from Firestation Recs 05.02.16) – a warts-un-all walk-through the recorded history of Emily (minus the contractually tied Creation output). It also features (on some tracks), Mark Williams, who rose to fame and no fortune in The Rejected; an anarchist band from Corwen who featured on the Crass Records compilation ‘Bullshit Detector’ (which sold by the sackful).
The opening track is aptly called Stumble and I wrote that ‘it stumbles into life’ before even checking out the name of the track… It starts picking up then a saxophone comes in… Where the fuck did that come from !? I hate saxophones in rock music, Baker Street can fuck right off, Spear Of Destiny in the 80’s can do one too, and don’t get me started on Nik Turner in Hawkwind… It does however work really well in Stumble, unobtrusive and at the back (which is where saxophonists oughta be!) and if you’re gonna put your best foot forward, then you may as well stumble!

I recently acquired an EP by Mold’s Girohead – mere neighbours of Emily and of the same era. Girohead sound so cringingly dated, whereas the Emily style is far from that… Take Boxing Day Blues as an example; it’s simply perfect and beautifully under-produced. Sadly, songs like that on this LP are lacking; Thirty Seconds props up a pretty poor side three.
Thankfully side four ramps up the sound and song quality. It kicks off with a pretty decent avant garde Untitled, which is offbeat and all over the place in a good way. Followed by Merri Go Round with a nice continental feel.

The vinyl is actually crammed and most tracks are of demo quality, some good and some fucking awful to the point that this record should’ve been called ‘Emily… And The Kitchen Sink.’ As they’ve thrown just about every recording they could find to make this a double LP (there’s even more on the CD version), whereas it would’ve made a great single album. 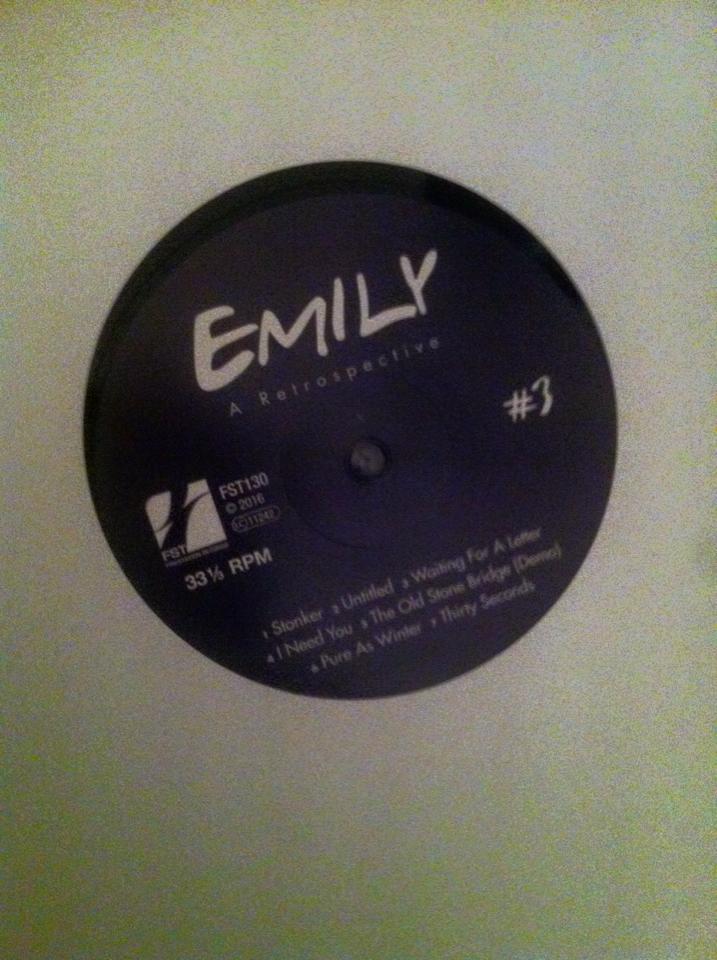