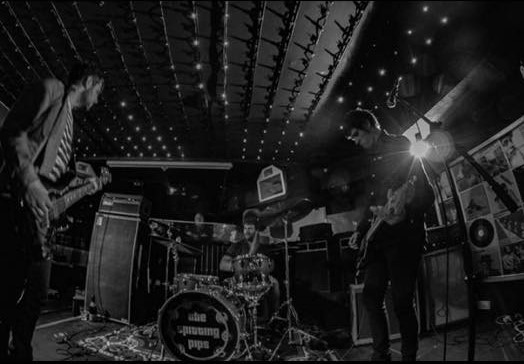 The Venue
It was like a nostalgic trip back to the halcyon days of Bar Blu, a place I haunted almost every Wednesday night, with my preferred tipple in hand as many a band played their little socks off. You can read plenty of those reviews from over ten years ago on this very website (look for the Gig Reviews tab up there). We saw some fantastic bands through those years (and some shit ones) and had some fantastic nights too (and some shit ones).
Bar Blu was symbolic, the sound was usually rubbish, there was no stage (just a floor area), but it didn’t matter. So long as we kept to our ‘no more than four pints on a school night’ rule (often broken), we could usually muster up a descriptive review for the masses to read.
That is basically how a scene works; bands get together, a promoter and or venue puts them on and someone writes about them. Take one of those factors away and things get difficult. That’s what happened in Rhyl when the venue wars began; there was not enough people to sustain two gigs on at the same time and once a week was about as much as people could afford, so it fucked everything up, and of course the generational change came along, the kids grew up.
The Front Room is a revamped Bar Blu, I don’t know much about the place, but the upstairs room would make a superb venue. It just needs the owner to invest in a PA and get someone to run and promote a monthly or fortnightly gig and you could possibly see a new scene emerge. I know there are regular nights at The North but it is basically a pub… This is a venue. 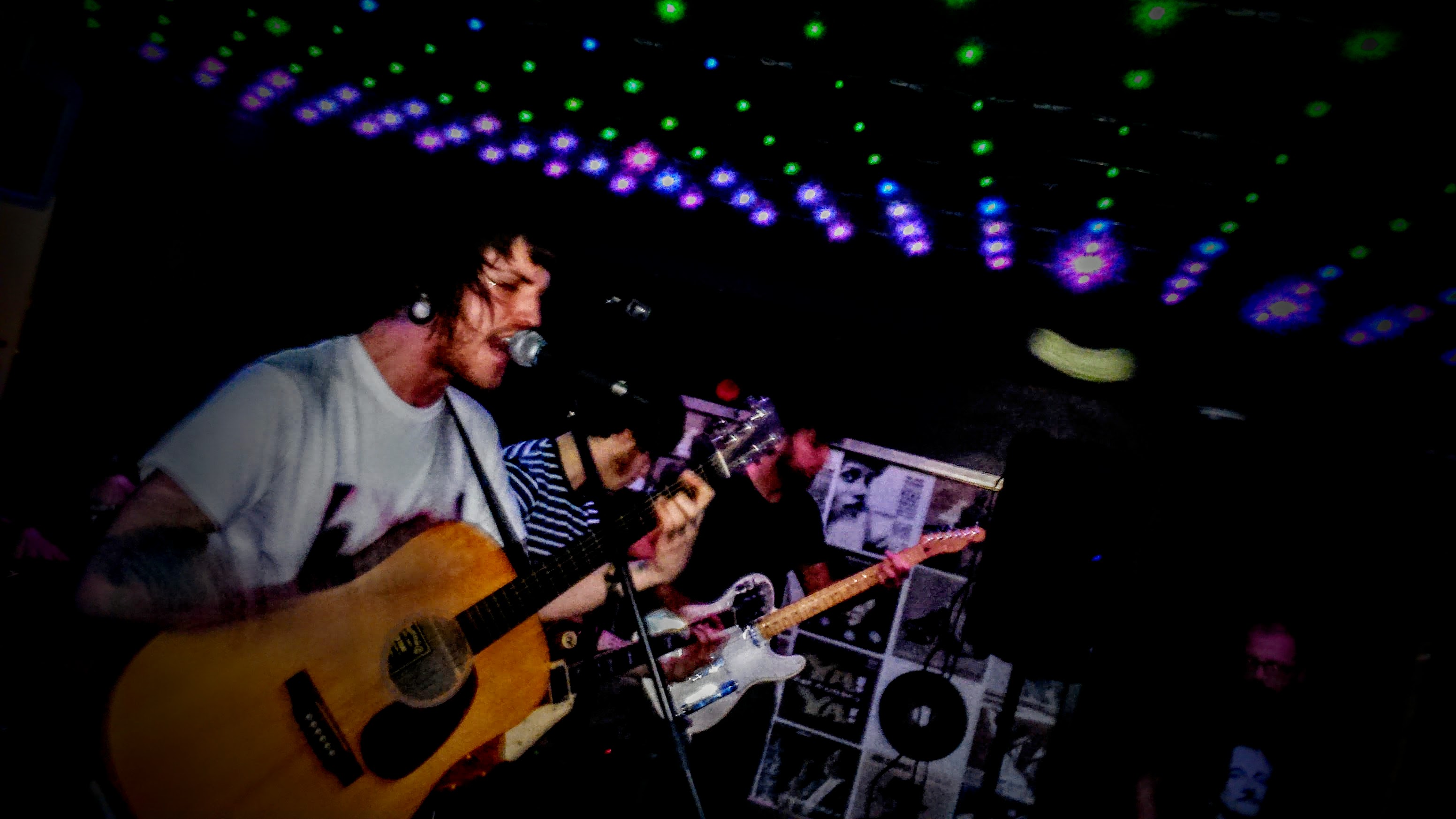 The Gig
What a great idea… Put a gig (a real one) on at New Years Eve, I don’t mean a load of covers bands playing shit to the pissed punters. I mean two very real bands playing their own music, and on New Years Eve. Now that is quite brave, as town will be full of arseholes wanting to kill you and The Front Room could have no doubt pulled plenty of people without the bands. As it happens, they still pulled plenty of people.
This time last year, Colwyn Bay’s Spitting Pips were making their live debut in this very town and 2015 has been a whirlwind year of countless gigs, an EP and a huge public spat with Anton Newcombe of Brian Jonestown Massacre.
If there’s an audience then Spitting Pips will be there playing, and tonight was no exception, and was possibly their third gig in Rhyl in three weeks. When I first caught wind of this band I was put off by their Oasis stance and that Gallagher type whine in the songs, it’s not necessary. That seems to have all but gone and their live set leans more toward the acid edge of rock n roll; like a Black Rebel Jonestown Massacre. So while it’s not original (what is these days?), there is certainly the creative scope in Spitting Pips to experiment and mutate.
The live show knocks spots off their recorded work and the newer stuff will surely be replacing some of the older, lesser tunes. Rumour has it they’re recording a new EP – ace. 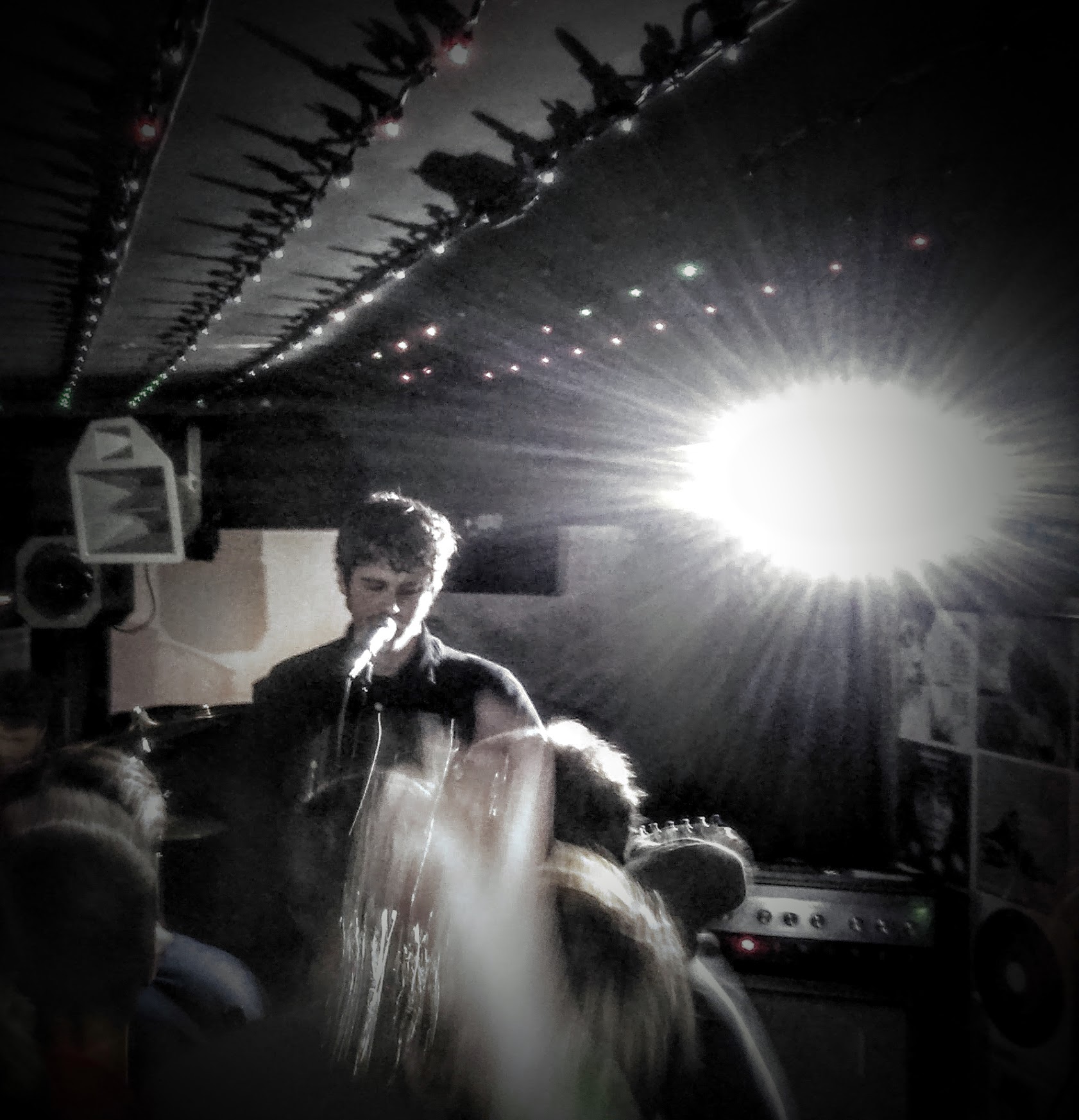 In contrast to Spitting Pips, Bright Young People very rarely play in their hometown, and tonight is quite possibly the first time this year they’ve strapped on their angry guitars and played to a home crowd.
The bright young lights of London and night time Radio One, XFM airplay and Swn Festival has this three-piece firmly in their sights and watching them carve up Rhyl with their dirty rock n roll put a big smile on my face. I so badly want BYP to be Rhyl’s biggest export, or least Rhyl’s latest biggest export, with their scally looks, snarling songs and tough kid swagger.
The Sunshine EP is a fine piece of work and you’d be doing yourself a great service by getting your dirty mitts on a copy.
Their set seemed really short, maybe half an hour, and I could’ve happily watched them play more, or even do the set twice, time flies when you’re having fun and it well and truly flew tonight.
This video of them playing Liberties as their closing song pretty much captures the moment and the atmosphere… Brilliant stuff.
For those of you near enough and able enough to have come out but chose to stay in, I hope you enjoyed Jools Holland… Losers…
Check out both bands of Spotify etc…