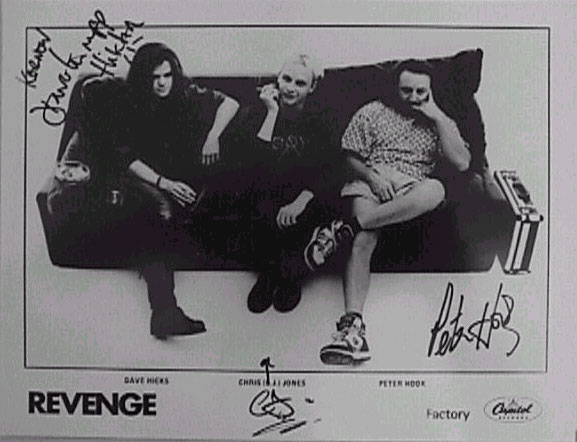 Chris ‘Smooth’ Jones (CJ) was born in Prestatyn on 27th January 1964. He was one time drummer with early 80’s Prestatyn punk band The Vaj. After the demise of this short-lived project Chris moved to Manchester and worked at Strawberry Studios for about five years, doing the sound engineering for the likes of Buzzcocks, New Order, Lurkers, Killing Joke, GBH, Sisters of Mercy, Membranes, Discharge and, as Chris says, ‘The Boomtown Rats with Johnny Fingers actually wearing pyjamas in the studio! Which was pretty bizarre!’

He didn’t want to mention also 10cc, Barbara Dickson, St.Winifreds School Choir and Johnny Mathis (who seemed to fancy him).
Chris then left Strawberry to run a studio called Suite 16 in North Manchester, which Peter Hook (of New Order) had bought.
He says, ‘I worked there for a number of years as the engineer, manager, dogsbody, brewer-up etc. And believe me,  it’s not good for the health… twenty hour days, seven days a week… I think I had four weeks off in ten years and that’s no lie!’
Although Chris admits, ‘It was a good studio though, we did albums with The Fall (Curios Oranj), Chameleons, Inspirals, Mondays, Roses etc. Basically all the Manc bands passed through me at some stage. Mark E Smith was a great character; always pissed and always funny…’ 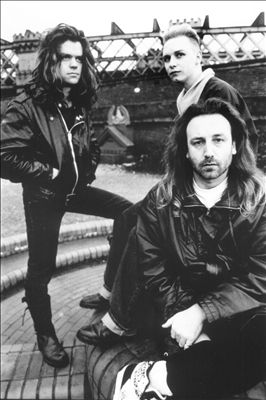 Then Peter Hook, Chris and a guitarist, Dave Hicks with ‘The playing ability of a hippo, plumbers fingers they call it in the trade,’ started Revenge during some down-time with New Order in 1987.
Writing and recording throughout 1988, they replaced Hicks on guitar with Dave Potts,
‘Dave started life working at a bank,’ says Chris. ‘We saved him from that just in time. He was working at Hooky’s studio for about three weeks during the time we were recording our LP, and he ended up showing the old guitarist how to play the parts. He was also one of the bass players when we first started playing live. He’s a fabulous guitarist.’
Also recruited to play live was drummer Ashley Taylor. Revenge made their début at Skin 2 Bondage, London in January 1990.

Chris, who was known as CJ – the keyboard-computer whizz-kid in the promo blurb described the project as, ‘Good fun, crap band though.’
The sound was very similar to New Order and they recorded an album [One True Passion – 1990] and some singles [7 Reasons / Pineapple Face / Slave] and toured the world, even making it to the front cover of Sounds magazine.
Although often cited as Peter Hook’s side-project, Chris at the time pointed out, ‘What tends to happen, is that David and myself write most of the material, and Pete comes down at a later date and polishes it off or gets rid of most of it.
‘It’s much more a democracy than the press would have you believe.’
Reports of Hook’s strong personality are clarified by Chris, who explains what it’s like to work with him.
‘He’s a real workaholic, and unless you’re prepared to do the same, it’s tough. In the early days, I thought he was a monster.’

Chris then had a huge fallout with Hooky one night, ‘He was going through his obnoxious drug induced Bloody Mary phase, and after fifteen years of working with him I turned round and told him to ‘Fuck off’ and quit… probably a bit drastic in retrospect and a shame because we were best mates.’

‘The Revenge thing was before Monaco, they used all the new Revenge songs and changed the name. I had to sign a song disclaimer before they released anything.’
Unfortunately for him they had a #13 chart hit with What Do You Want From Me and were on Top Of The Pops.
Monaco split when Hooky had a huge fall out one night with Dave Potts (seems to be a pattern forming)…

Finally; just an interesting anecdote about a street in a small village called Dyserth in North Wales. Chris lived next door to the left of the house that was bought by Mike Peters (The Alarm) and the girl who lived on the right ended up marrying Peter Hook.
This marriage was nothing to do with CJ’s involvement with Hooky; apparently they met on a plane somewhere.
Dyserth’s very own rock star alley!
It has also been known for Captain Sensible (The Damned) to be spotted drinking at The New Inn, when taking a break from recording with Mike Peters in the village, as have Billy Duffy (The Cult) and Kirk Brandon (Theatre of Hate / Spear of Destiny)!