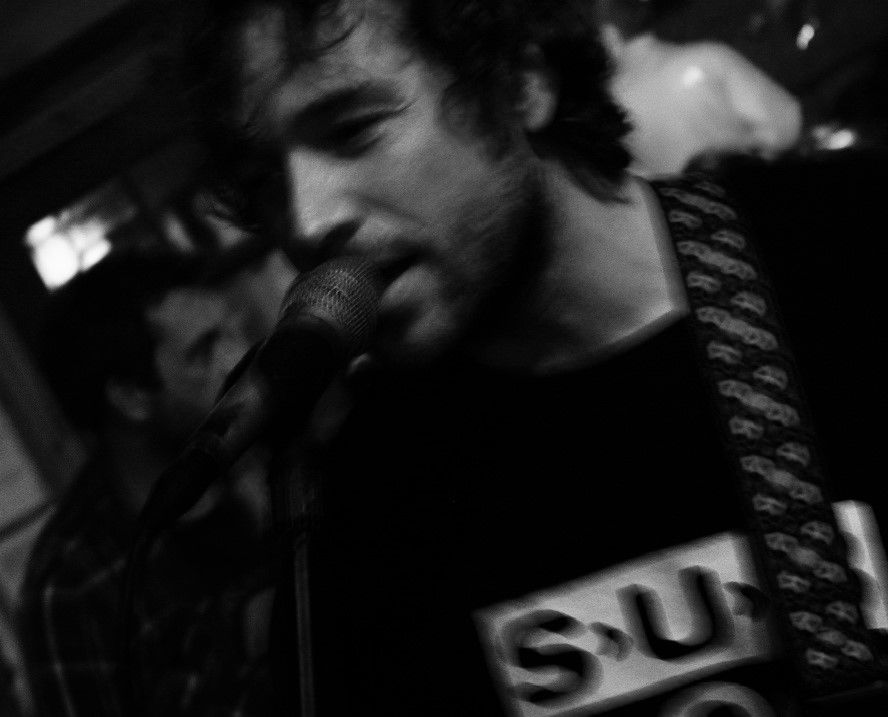 I guess if you’re gonna upset the gods of guitar tuning, you may as well get it over and done with in your own backyard in front of your own people…
In total contrast to their so far very successful Rockin’ Around The Day Jobs Tour to promote their début album Damned Sucker’s Luck, The Wobbly Hearts brought the gremlins with them to Rhyl.
The album has almost sold out it’s initial print run, such is the strength of the songs and their live performances… Of which, we caught snippets and glimpses tonight… When they did get going the whole place shook.
Tonight I had one of those rare magic moments… I stood there and they were belting out 1995, it was way past midnight, the room was full, Carl was screaming, his hair was unkempt, he was angry, the band clicked, the crowd were singing and dancing along… Even the lairy coke-heads stopped in their tracks for that moment…
The set ended with a drawn out version of Stagger Lee (Nick Cave style), allowing the band to vent their own frustration on the chords, the beats and the mother-fucking words. 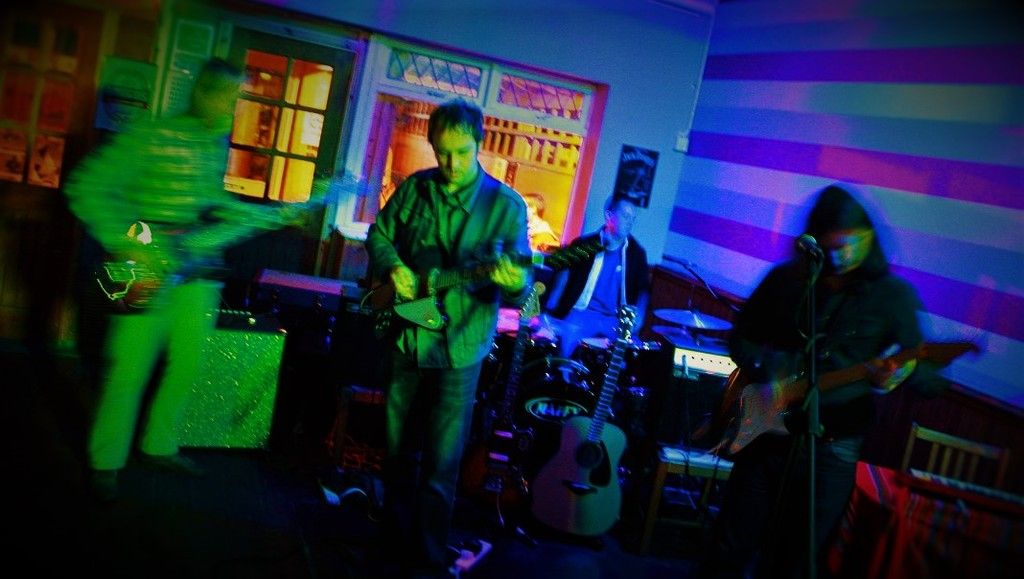 The night tonight however belonged to The Revolutionary Spirit who quietly went about their business (with their very expensive equipment) and eased themselves into the evening… Slowly creeping up on the conversations in the room and stopping them… Mouths were agape, others grinned, others nodded, toes tapped… I watched, the room could have been empty for all I cared… I was immersed in the Hippy Floyd-esq aura… My mind wandered; I was in Amsterdam buying the biggest bag of Warlock any Coffee Shop had ever sold.. The Revs were playing in a squat, the air was acrid, the lights were low, people’s scattered minds were on scattered bean bags and cushions, sharing the love and the hemp.. It was fantastic.

Wobbly Hearts tour continues on Fri 23rd at The Compass in Chester then onto Liverpool (with Revolutionary Spirit), Llandudno, St Helens and Manchester. Get their album here.