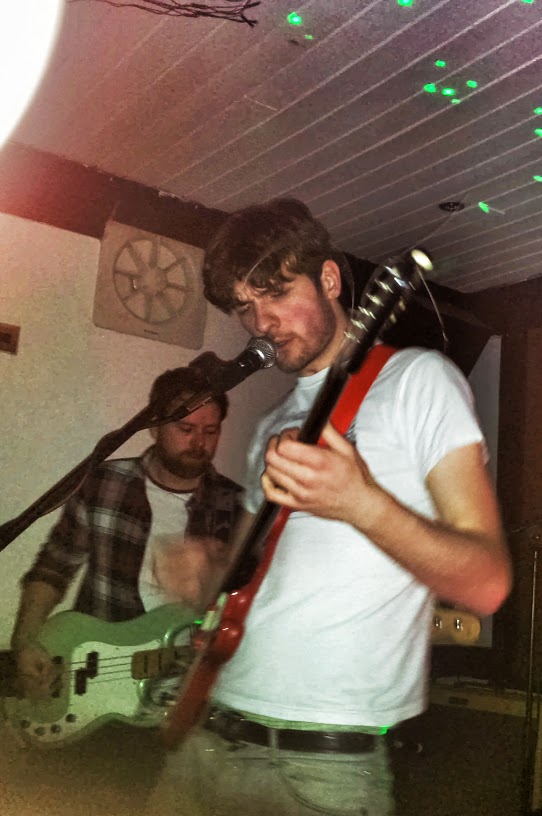 Words cannot describe my love for Wobbly Hearts  (pic below) and, like Gintis they are forever getting their name in the small print on the poster when they should really be in the hearts and minds of the entire population. I guess it’s down to themselves really, personal circumstances, uni, kids, work… and yet if they had proper representation they have the songs and charm to be up there with all those tossers picking up Brit Awards. 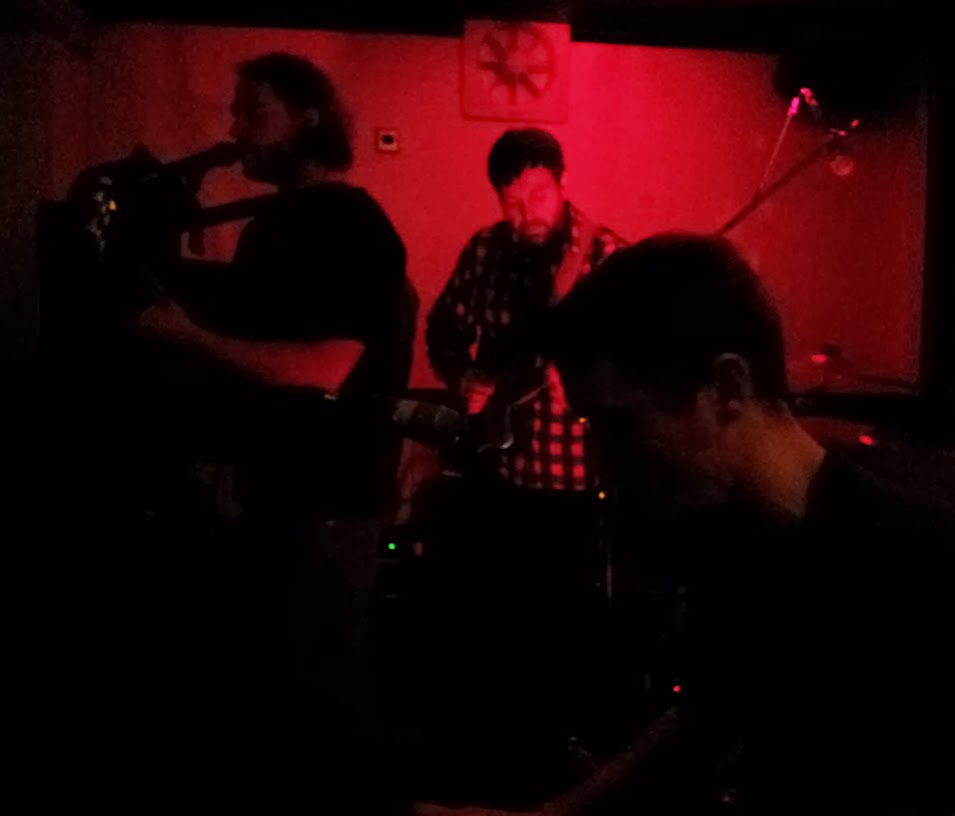 When he’s not fronting Orient Machine, drumming for We Are Animal, and no doubt doing open heart surgery, Dave Morait is at the controls, tweaking the sound on what some here have called a ramshackle PA (they have obviously never been to a gig in Rhyl..!). He had not seen the Wobblies before and when I asked him what he thought of the evening, he said this,
‘I thought it was a great night. Felt like a real proper gig, but in a pub! Felt really special especially with being on a Wednesday night in a ghost town. Wobbly Hearts were great. Took a couple of songs to get my head around the amount of styles going in each track, but very entertaining. Kept me on my toes!’
And he’s damn right, there is a lot going on, acoustic guitar, accordion, lead, bass, drums, keyboards, vocals, harmonies – from quiet country and western to screaming country and western… 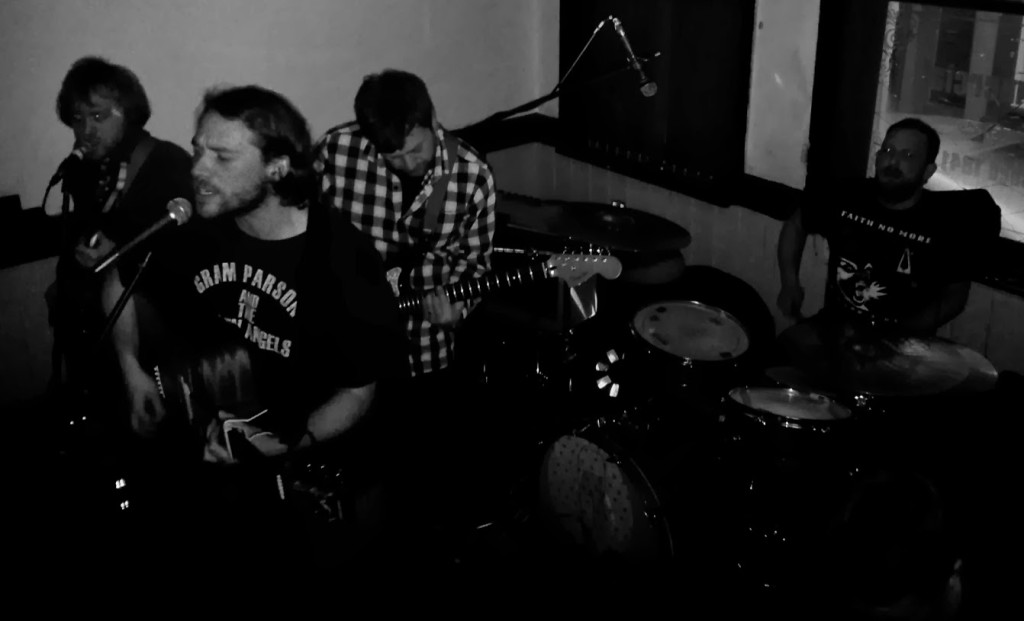 ‘Imagine if Creedence Clearwater had grown up with Kurt Cobain and Sonic Youth,’ is how Jane Abstain described them. ‘They tease you with stuff you haven’t heard since Sunday School and scare with a deep throated growly scream to wake the dead and make you grin.’
And yeah, the Creedence comparison is spot on… A modern day Clearwater…

Dave Salisbury is the quiet one stood at the side, safe with the self satisfaction of promoting a successful show. He said, ‘It was a wonderful opening set by The Wobbly Hearts. They set the tone of the night; just ask the guy who was dancing about like Buddha at a rave!! Their penultimate song Boom On, a favourite of mine had everyone enthused after a cracker of a set.’ 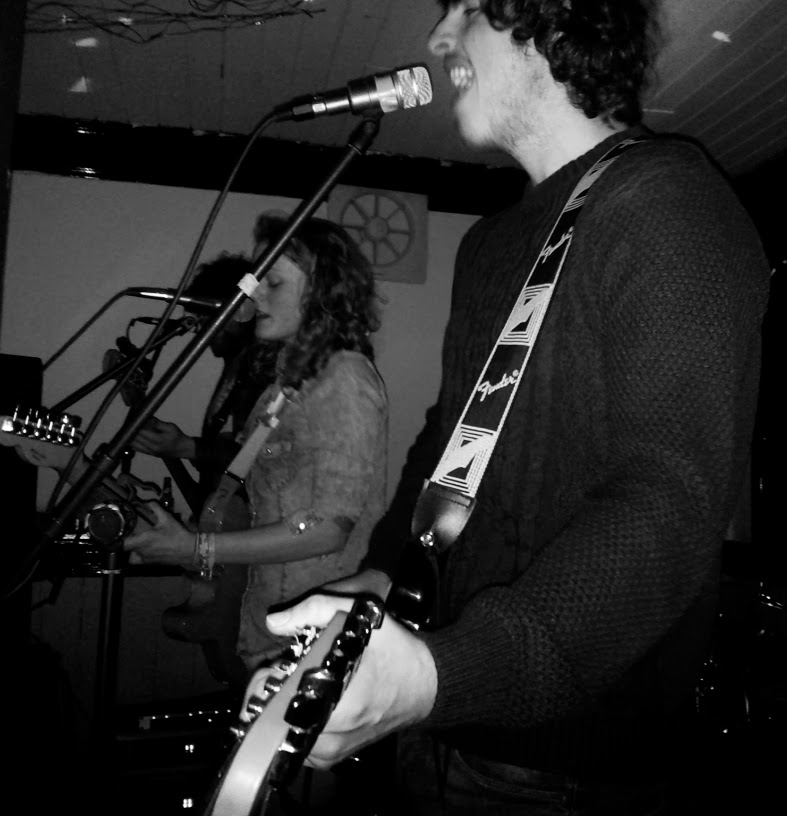 Sparrowhawks (pic above) from Chester for me were an unknown entity. I have seen their name around and kinda guessed they were sit in the brackets of Golden Fable and their folky ilk. More of an authority on such things is Dave Salisbury, ‘Sparrowhawks are a band who improve with every show. Their potential is outstanding and I can’t wait to see them every time. Incredible harmonies and their set list is full of energetic songs that I would imagine most palates would enjoy.’
Yeah, I can see where he’s coming from, the songs were perhaps a bit long for me, but that comes from not being familiar with their material. Plenty of good banter from the scouse pair (or is it Blacon – the accent’s the same!) who flanked Sophie (from Dolgellau) in the middle. Jane Abstain said, ‘They argued like George and Mildred with haircuts between songs, and their music sometimes sounded like the soundtrack to The Hills Have Eyes.’

Dave Morait thought Sparrowhawks were, ‘A very polished band but I did feel some tracks should just get to the point, or maybe that’s the almost prog style layouts to these folk style tracks. If you haven’t seen them before, it takes a couple of tracks to get use to, but they capture your attention and won’t let go. It’s all about them beautiful harmonies for me.’ 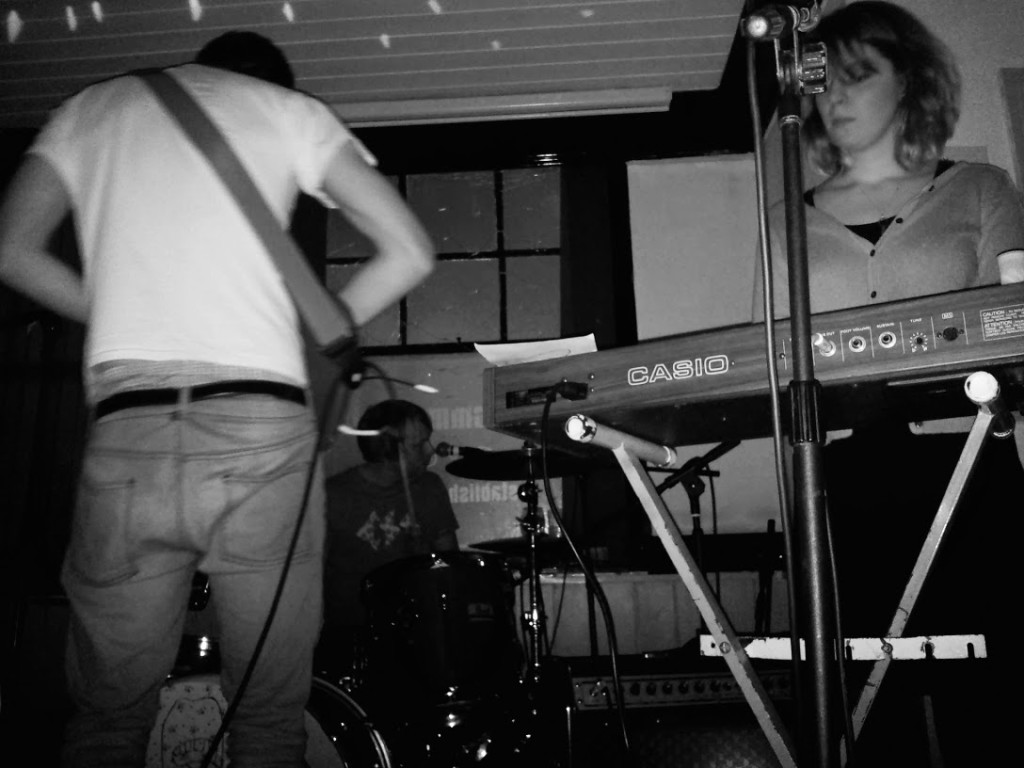 After a ten date tour Mowbird (top pic and above) come home to roost. On the back of the release of their pretty nifty debut album Islander (available on vinyl and download) they have been brewing up plenty of interest. Having heard their name I was inexplicably stuck with the image of those 1970 pornalikes Howl Griff who have a song called Bluebird – Mowbird are however worlds apart from their Mid-Wales cousins…
Their sound and short snappy songs remind me of The Strokes but with a dirty organ  instead of distorted vocals. Jane Abstain was in agreement, ‘If you like early Strokes and ice cool female band members you will be a happy bunny. They are actually too cool to be in a band.’

Mr Salisbury added, ‘Another wonderful performance on their homecoming show a fantastic way to end the tour their album Islander is surely a must-have  for the collection!’