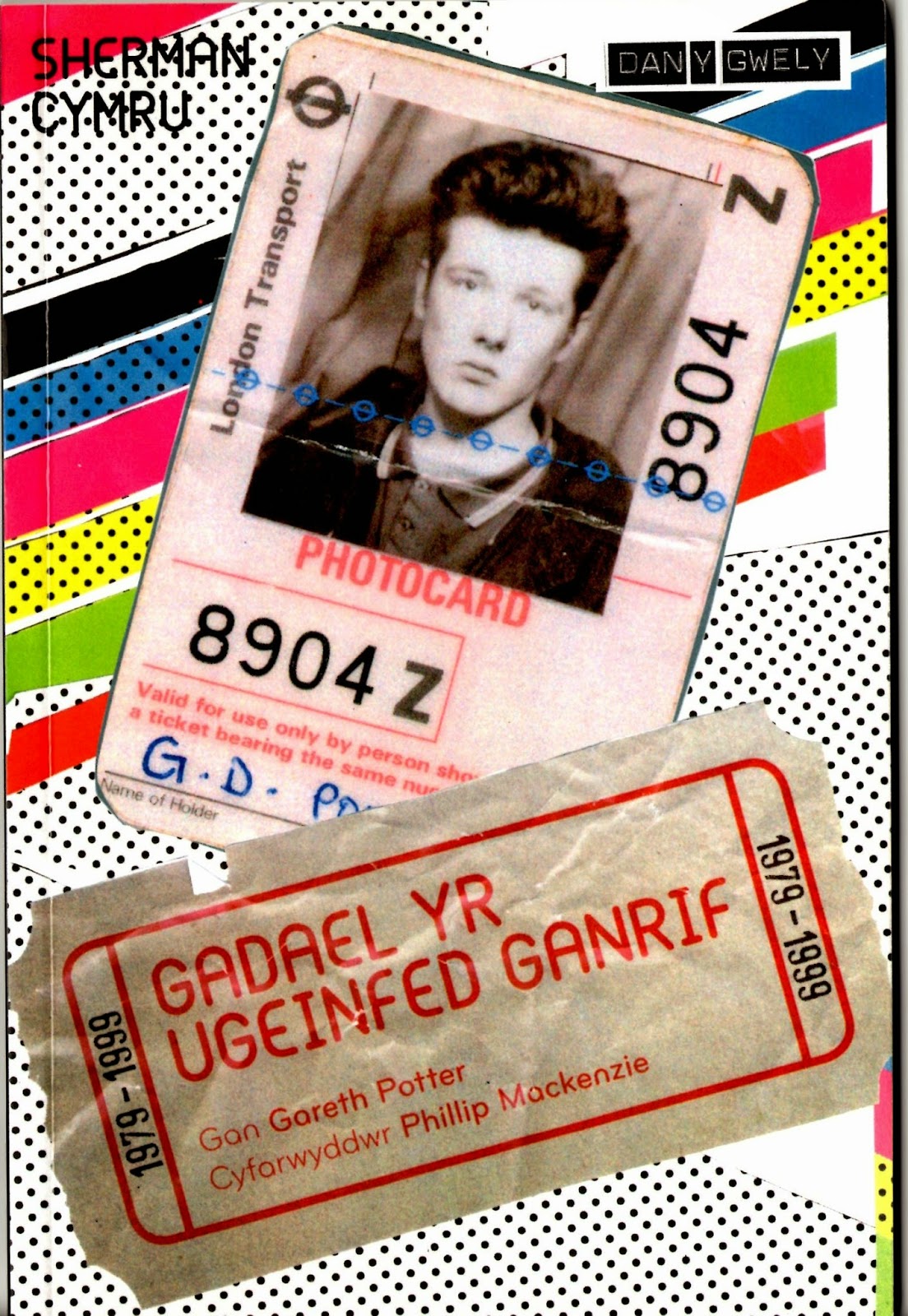 WARNING – this Blog contains both Punk Rock language and references.I quote Cuthbert Coventry describing architect Sir Basil Spence during the re building of Coventry cathedral as one “who builds solidly upon past foundations” and it fits in with a couple of programmes to be broadcast later this week on S4C.
On Thursday night 10pm ‘Project Datblygu’ is screened and then on Saturday, Gareth Potter’s documentary ‘Gadael yr Ugeinfed Ganrif’ get’s an airing at 9pm 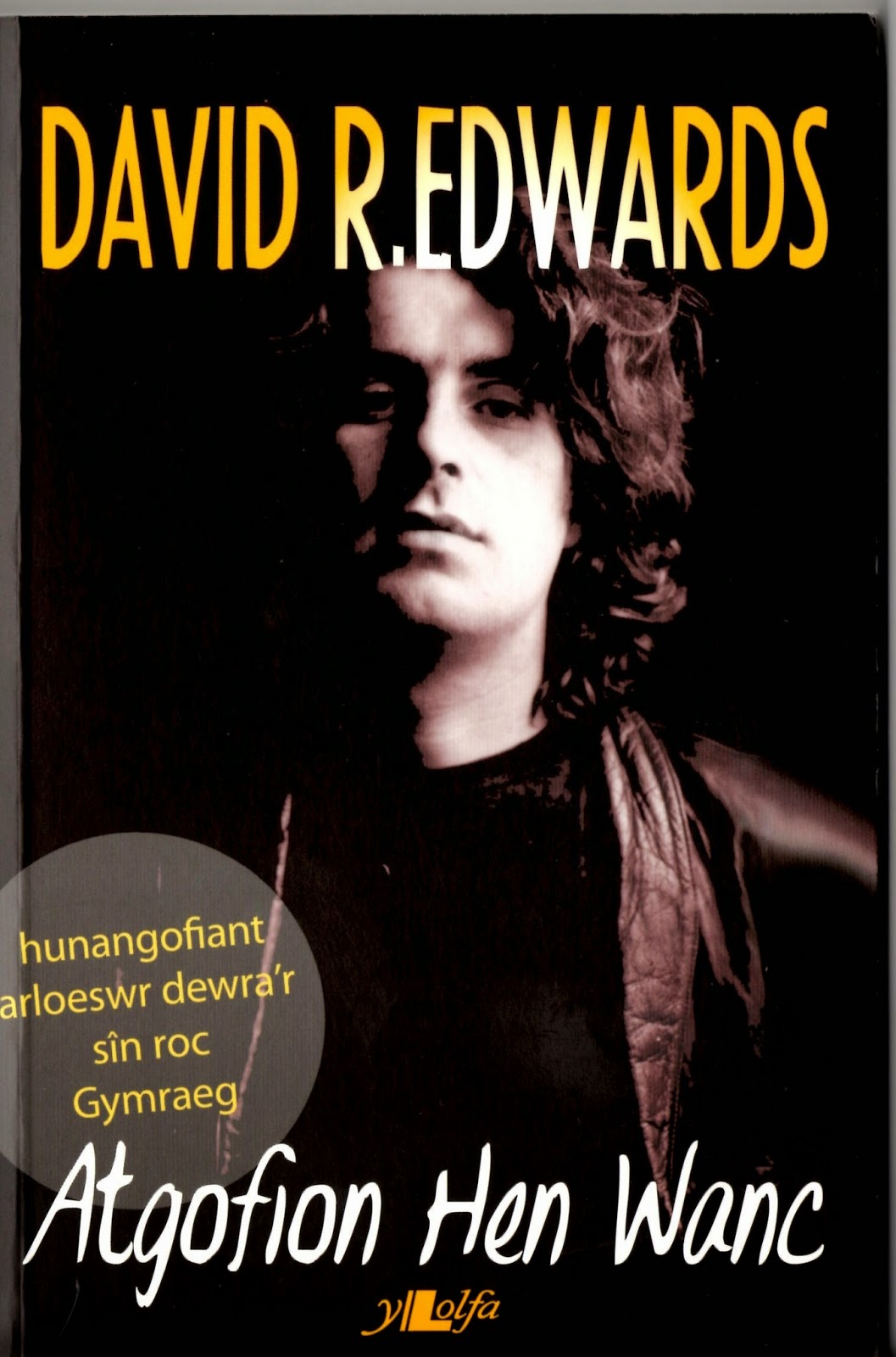 There are quite a few archive shows on Saturday – S4C take a leaf from BBC4 and takes Pop / Cultural History seriously. As Bob Marley suggests in Buffalo Soldiers – “if you know your history then you know where you are coming from”.

The (accepted everywhere else) argument is that this is pop and cultural history – it should be seen, heard, taught , broadcast, discussed – just that – it is not more or less important, not more or less relevant …….. but yes absolutely treat it with respect.

In light of recent online spats, I think that these progammes will serve to highlight bands such as Datblygu who are certainly influential and will also give due credit to artists such as Gareth Potter – so watch and enjoy.

In answer to the critics, I have re read Neil Crud’s review of the Radio Rhydd album, ‘Trapped in the Game’. Now I would suspect that the band would be chuffed with this review – it talks about attitude rather than the songs sure, but Radio Rhydd have a lot of attitude and a lot to say. If you have read anything from John Robb to the usual suspects Parsons/Burchill/Savage/Morley then this review makes perfect sense. Compared to Morley at least this is in plain English – Morley’s rants in NME in the late 70’s were totally un-deciphrable – but we still love Paul Morley – always entertaining – always opinionated – never that easy to understand – his psycho-situationist babbling. He’s still on BBC 2 – still “relevant”.

I guess it’s how well read you are, or how open you are to different styles of writing but as a occasional reviewer I give Crud the green light on this one (read)

One of the interesting things that I have discussed with Neil Crud is the apparent lack of Welsh language CD’s sent for review to link2wales. I had to phone up Sain and ask for a review copy of ‘Week of Pines’ which was given a positive review. Do they only send review copies to their circle of friends or those reviewers they approve of I wondered / still wonder ?

Anyway the Radio Rhydd review certainly provoked a reaction from @melynwy – here’s the Blog  as did my just being there I suspect. As always, good to provoke a reaction, but I think @melynwy meant to say that we had provoked rather than inspired him to write. Inspiring would suggest some level of agreement. He certainly had supporters out there on twitter.

As to the Café Maes B event – Potter and myself were asked to take part, and were given specific decades to discuss / represent – sure they were political times and they were important to some of those who came to the gigs, brought the records but I don’t think either of us suggested that they were more important than today or any other decade. In fact we all suggested that the absence of an advocate for the 1960’s in the event surely meant that the brilliant Maes B record by Y Blew which was arguably the first Welsh language rock’n roll record – was absent – that made no sense at all.

As an archaeologist, cultural historian and writer it is the dismissal of history as being irrelevant that I found most concerning in Aled’s argument – call us irrelevant old cunts by all means and I know that banging on about Punk again and again must get a bit tedious – so I would love to read his and Nico Dafydd (below) ‘s blogs on the two S4C programmes.

The other blogger who struggled with a review on link2wales was this one
Once again he obviously hates the old punk cunts banging on, fair enough, but I say one thing – the singer in Y Ffug wears a Joy Division t-shirt (ALWAYS) for fuck sake – so the influences are on the t-shirt.
This was the Ffug review

I took part in the Potter documentary, and suggested that maybe this was too little too late – we have ignored Welsh Pop History for so long  that very few remember / care / give a toss – and I do hope that I am so wrong about this.

I was not even invited to contribute to the Datblygu programme despite releasing the first records, which struck me as a bit odd – a bit like not having Tony Wilson on a Joy Division / New Order documentary – impossible of course now since Wilson’s death but I’m sure you get my drift. But as we always say ‘Croeso i Gymru’ – it’s a funny place sometimes – certainly in the Welsh language rock scene.

Another “Funny”, a few years back Andy Votell came over to the house and interviewed me for Radio 4 about the Welsh music scene – after 2 hours of interview – nothing at all went in to the programme. They only wanted Gruff and Cerys – what I said did not fit in to the story they wanted. As Tony Wilson would have said – “cunts”, or as I say “revisionists”.

I return to the argument that pop history at least should have it’s place. Re-writing by the revisionists (Votell et all) serves only to cloud the past in a non-existent Celtic mist of Laura Ashley dresses as being somehow cool – but you were NOT there at the time. Actually the whole recent spat felt like trying to persuade UKip that Gay marriage is a good thing and is ultimately pointless.

But here we go, S4C do Pop History – watch and enjoy.