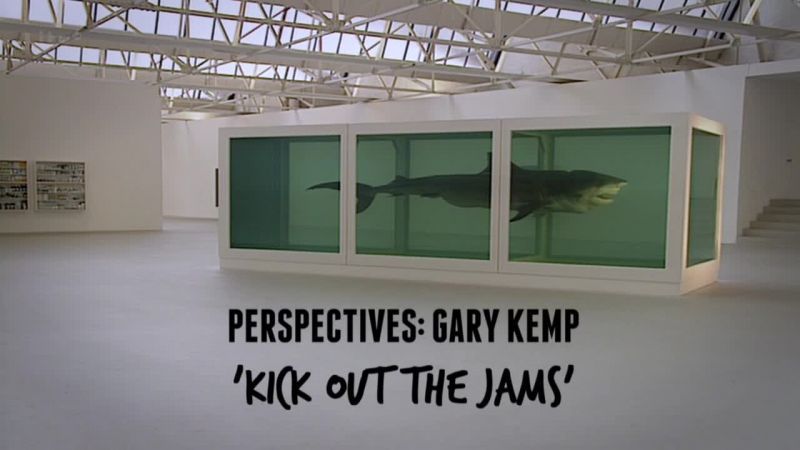 Introduction.
In 2010 I was managing a musician called Steve New who also used the name Stella Nova. New had been a member of a band called the Rich Kids along with Glen Matlock, Midge Ure and Rusty Egan in the late 70’s. This was Matlock’s post Pistols band. The first single ‘Rich Kids’ was released in a plain red sleeve.
Their song ‘Ghosts of Princes in Towers’ remains one of my all-time favorite records. By 2010 New, or by now Stella Nova, was in a band with Beatrice Brown called Beastellabeast. I helped them out up to Steve’s death – got the recordings out and got Steve’s music business affairs in order.
Steve had been diagnosed with terminal cancer and on Midge’s suggestion we put on a show with the Rich Kids (For One Night Only) as a benefit for Steve’s two kids at the Islington Academy.
When I got down to rehersals I could see five of them on stage, one tall guy really throwing classic rock poses and obviously going for it 200% (and this is only rehearsals). As I got up to the stage I recognised the fifth man as Gary Kemp. I later thanked him for his support for Steve – and for guesting with the Rich Kids. His exact words were “it’s a fackin ‘onour mate”. Gary won me over immediately and permanently ! 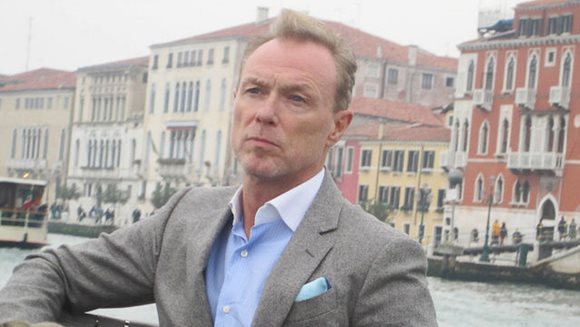 There are several reasons why this programme is one of the best things that has been on telly for a long while. I checked out comments on Kemp’s twitter and many of his followers were in agreement.
‘To begin at the beginning’ then ….
Kemp is actually a great presenter, of course, he looks good, his hair, although thinning, is formed into a great quiff, as expected he dresses well, stylish without being loud, suitable for his age and he talks clearly, thoughtfully but with authority and is obviously a natural communicator. This is no ex-popstar turned TV presenter. Rather, in that great tradition best exemplified by our own great (Welsh) lady, Cerys Matthews – Kemp is now a cultural advocate and ambassador.
Like Cerys, Kemp has transcended the boundaries and overrun the barricades of Pop. They (Cerys, Kemp et al) are the modern day Renaissance folk. Troubadours from a different kitchen. Inspiring for sure, inspiring those who follow, watch, listen – to search, explore, discover – to enrich through the use and discovery of that elusive, un-definable – except in the broadest sense, yet ever present thing – ‘culture’.
Secondly, the whole programme is given a great soundtrack. God, what a difference that makes. When we get to hear ‘London’s Calling’ we understand that this is London, ‘Capital of Culture’ permanently. When we get to hear ‘Anarchy in the UK’ we understand Kemp’s quote about art and music being able to change people’s lives – his life – forever.
Words are thrown like missiles, cultural bricks and molotov cocktails, smashing against the barricades, bold statements. Indeed. Kemp, at an important cultural junction, states “It is life changing …… and changes the cultural landscape – a cultural two fingers to the Establishment (forever)”
The use of ‘forever’ several times emphasises the point – we have passed the point of no return, there is no turning back to more innocent and happier times – we have been informed – we will never believe the Establishment again. This is life changing stuff – art and music (Culture) – forever!

The third reason why this totally works is the use throughout the programme of Cultural Reference Points. The understanding of the concept of context, which Kemp get’s 100%. Everything happens within context, that may be a social context or a broader landscape context. Events are affected by context and they in themselves go on to affect that context. It is this complete, total, uncompromising and utter understanding of context that makes Kemp an authority figure.
The Sex Pistols gig at the ‘Screen on the Green, Islington, 1976 is therefore acknowledged as a cultural mile stone = context – this is obviously when we hear ‘Anarchy’ as the soundtrack. Kemp does not shy away from the fact that this event was “life changing …..forever”. A clear two fingers to those non-believers who remind us that ‘music can’t change the world’.
Early on, Kemp states “youth culture fascinated me”, this is the background context to the programme, his youth, his own background in London town. Youth culture is mainly music and fashion at this point, mods, soul boys, punks and later on …. New Romantics, the Blitz Kids …..
We get great shots of London. Kemp on his bike. A sense of place. Context.
Kemp formed a band, Spandau Ballet, we get a clip.

The Young British Artists, or ‘YBA’s’ as they became known, were certainly that interesting mix of bravado, arrogance, cockiness, which only the English can do (or is it my Welsh Methodism showing here?). To be honest my instant reaction to most of them back in the day was instant hatred. Mainly towards Hirst and Emin, occasionally to the art – I feel a similar thing towards English folk music. Hard to digest. At times hard to empathise.
Oddly enough I always felt the same sort of thing (cultural disconnect) towards Keith Allen (mate of Hirst et al) but I’ve worked occasionally with Keith recently on some live shows and with his recordings and of course, the bloke is OK. (Methodism gets to us big time).

Maybe it was all front initially but later on it must have been full-on confidence driven by their “popstar” status and behaviour, the adulation, attention, Media attention and all the dosh thrown at them. Kemp qualifies “they behave like rock stars” in the sense that they did then, right from the start, not so much now maybe, but by now they have understood the cultural tone and language, the rules of engagement, they are after all middle age, they have (mostly) been accepted (by the Establishment) – it’s no longer really possible to behave like popstars other than the in the ‘county mansion’ sense ? They are now, like cheese ‘mature’ in a sense ……. In a sense. They no longer have to shout !

The biggest stars of the YBA’s are the hardest to digest (like). The lesser known YBA’s remain more endearing. I like Michael Landy who Kemp meets at the National Gallery where Landy is Artist in Residence. He ‘destroy’s art’. We get Buzzcocks ‘What Do I Get ?” as the soundtrack.
Landy lacks the arrogance of Hirst. He is by far the most interesting of the lot. You have to destroy in order to create (Bacon, McLaren et al). The Chapman brothers are also far more interesting than the ‘stars’. Ditch the music tho’ ….the tell tale sign of a naff band is black t-shirts and guitars held too high. Chapman has evidently not watched the London Calling video at Battersea Powerstation. He has missed a cultural reference point.
Gavin Turk also shines through, his degree piece of a Blue Plaque (to himself) which earns him a Fail leads on neatly to his success. In this context, as both Kemp and Turk laugh and acknowledge – he proves that the oxygen and sheer effect of publicity even for ‘failure’ leads to more success than the actual Degree certificate. As if we did not know this. In one sense, funny, simple, provocative – conceptual art – but you end up smiling with them.
This is a poignant moment. Do your own thing – do not be constrained by anything or anybody. What do they know anyway ? Bits of paper are bits of paper. Ultimately the art (or music) will shine through – it’s actually quite a good lesson. Turk should do school and college workshops and inspire the next generation of creatives . Do you think for one moment that Kemp’s academic qualifications made one microscopic difference to Spandau Ballet’s success ? Exactly !
This is not an argument against education, or to be informed and well read, but it is an argument for sticking to your cultural guns. It is an argument for being culturally anti-Establishment. It is a given, a must. A prerequisite to greater things. Conformity simply does not lead to the next cultural junction, it is only by breaking rules that the train departs the station. 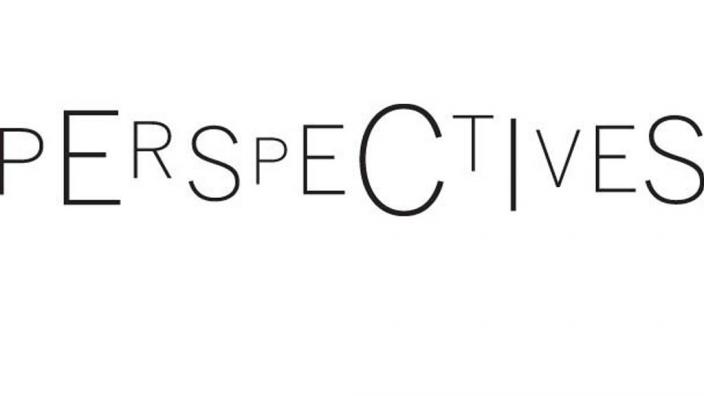 Obvious maybe – but still good to see this on mainstream ITV. I felt inspired just watching. Kemp reminds me of good times in my youth listening to ‘Anarchy in the UK’ and reading ‘The Face’ and wanting to change the Welsh Cultural Landscape – forever.
The other great reminder and lesson presented in this programme is the first Frieze show – all DIY – no sponsorship – they did it themselves. Very Punk. Still relevent. Still a currency. Still probably what the next generation will need to do. There is never really enough help, support, encouragement until you cross the first bridge of media success – then they all jump on board – we always liked your stuff / songs / we were there at the first show / gig …..
We do this well in Wales (ac yn Gymraeg) success – is always success in England, London, the NME, 6Music, Radio 2 – it is only then that we ‘like’ – Cool Cymru took off when the London Media told the Welsh masses that these bands (Catatonia/Manics/60Ft Dolls/ SFA) were actually pretty good.
And finally, as if Kemp had not already won me over, (with the Rich Kids let alone the cultural reference points) he show’s us a William Morris chair in his home. Nothing to do with the YBA’s but another great cultural reference point.
Morris bridges the Pre-Raphaelites (via Burne Jones the last of the Pre-Raphaelites) with the Arts & Crafts. I now trawl Welsh churches photographing Burne Jones designed stained glass windows that keep the cold outside and the hypocrites inside. I recently discovered a Henry Ellis Wooldridge window (he was an assistant to Burne Jones) at St Peter’s Church in Newborough (Ynys Mon).
This all makes sense. Kemp is able to taverse the rocky ridge from William Morris to the Sex Pistols while presenting a programme on the YBA’s. Context is everything. Visually stunning. Landscape (urban / London). Art. Great soundtrack. Great TV – simple as that, but most importantly – both compelling and inspiring !