On the steps of the Nordic Church.
(review n pix by kyle gintis) 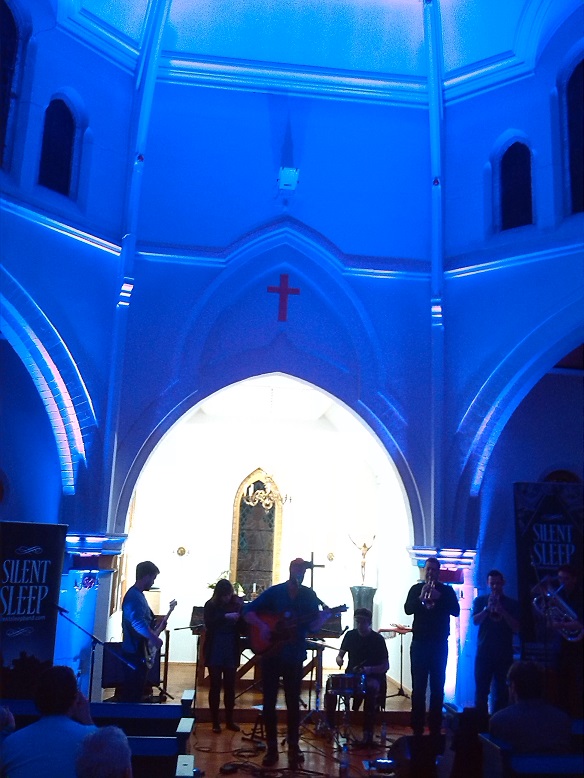 I spent the best part of last week recording in Liverpool’s Nordic Church with my own band “The Mexican Walking Fish” so I’m well aware the trials and tribulations that lay ahead for the sound man at tonights gig. The Nordic Church is becoming the go-to venue for both acoustic performers and bands who are looking to make the most of the natural reverb the venue has to offer, not to mention it looks fucking incredible inside.

I must have seen “Silent Sleep” about six times already this year but every time they’ve had a different line up of very talented musicians. This can range from a three piece Acoustic, Electric and Trumpet ensemble to the full power of Drums, Bass, Guitars, Brass, Strings and pretty much everything else you hear on their debut album (Walk me to the sea).

Tonight is no exception from the merry go round of “Who can make the gig”. Accompanying Chris tonight is:
Electric guitar, Violin, Trumpet, Trombone, Tuba and a Skeleton drum kit with added percussion.
The thought of Brass and Strings together is one that sends shivers down the spine of anyone who has ever cried at the singing of their National Anthem when pissed up at a Rugby match, but the sound of said instruments in their natural environment; a church, is enough to shrink your balls to the size of a Cadbury’s Mini Egg. 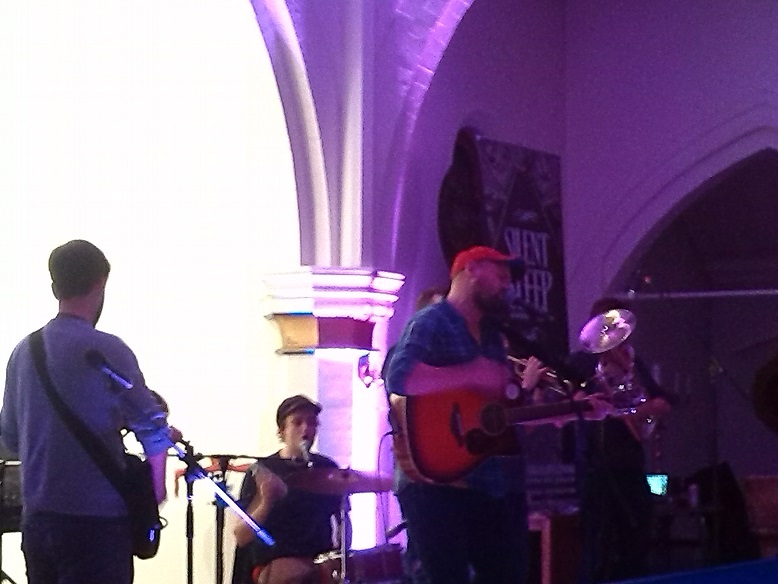 I promised I wouldn’t cry so I won’t, but even in the quick line check I can feel that this is going to be a special one.
After a quick adjustment to the levels and a few more cans hissing in the reverb, the band are here and they’re going to break your heart.

“You Can Colour Me In” brings a new dimension to their sound as I don’t think I’ve ever been able to hear the drummer’s harmonies live before but with the line up the way it is tonight you can hear him very well and very well he did.

As is often the case with bands like Silent Sleep you can over-do it with the brass, but it’s nice to see that they are not one of those bands. Both the Trombone and Tuba players literally “pull up a pew” for a couple of songs when not needed which I’m sure is nice to be able to watch the rest of your band in such a lovely setting.
However, they do sound fucking great when they come back and join force with brass leader John Gibbons.

We are treated to a couple of new songs of their forthcoming album tonight and after hearing I Wish It Could Be Different a couple of times now I think it’s safe to say it will be another beautifully crafted album. I’m not sure if they are heading in a different direction but the main guitar and drum parts for this song seem a little bit more chugging but it fits into the set seamlessly. 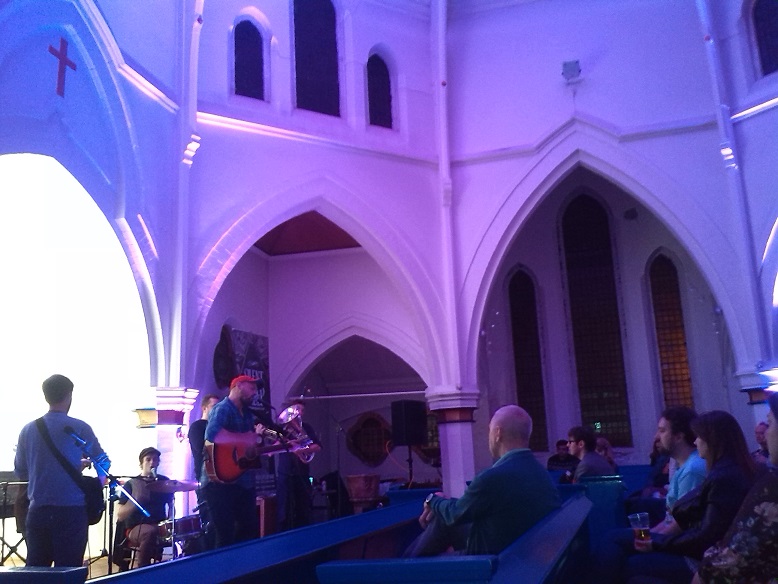 There’s always a bit of worry at a gig in a church whether the audience are all fans, or if they are part of the regular Sunday users and just happened to pop in and pay their subs for tea and cakes and decided to stay. With that in mind you do really have to watch what you say and what you sing about. Do you swear? Is it ok to swear with that bloke with the beard hanging on the wall staring back at you? The answer is: It doesn’t fucking matter, especially in songs like It Breaks Me. There’s plenty of space in the verses of this song to really enjoy the texture of Chris’ voice bouncing around the room, but when those trumpets and strings come back in it really does “Break your fucking heart”.

On The Steps of The Bombed Out Church is a local favourite round here. It’s been used as part of a campaign to save said “bombed out church” from development into another urban shithole. I get the impression the band are tiring of this song somewhat, but the fact the false start was corrected and started again it shows that even if they are a bit bored of playing it, that they are professionals and they’ll play it for the fans anyway.

Set closer – Walk Me To The Sea is such a catchy song that it’s hard not to sing along with especially as the venue is bring your own booze, and I certainly made the most of that offer. But wait, there’s those strings and brass and I’m pissed and I’m welling up. The last chorus really does hit you right in the heart, the sound man’s nailed it (no pun intended) and Silent Sleep have really done something special tonight.