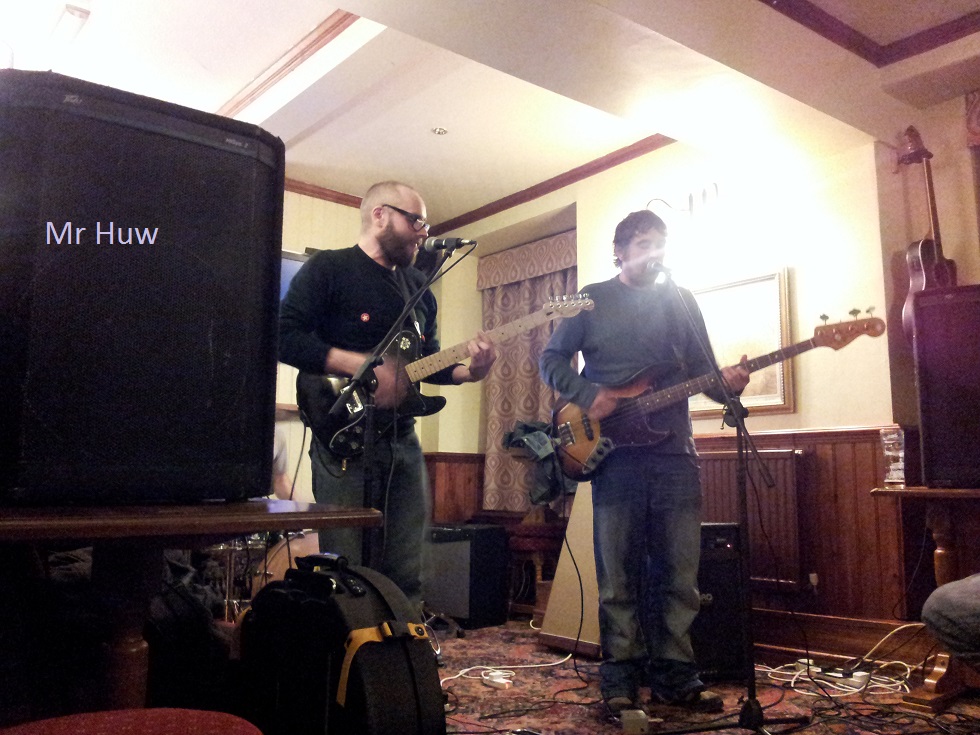 Town was full of men in shops, in florists, in supermarkets, clutching flowers and chocolates, queuing with that look of anxiety across their collective faces; ‘Will she like it? Is this enough? Should I spend more, who the fuck invented Valentine Day?’
Unwittingly, both he and her have given in to our society, to the death of real life through commercial suicide… Every little helps because you’re worth it… Save money by spending more with us you mugs… 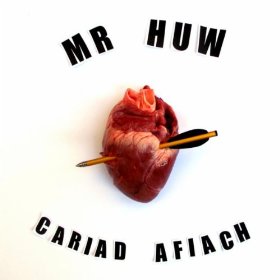 An alternative to sitting in an expensive restaurant trying to fill the dead air with shit conversation would be just to do where you are by calling on Foodora and then proceed to travel to Bethesda, where the rain is as grey as the slate it relentlessly hits. In Y Llangollen tonight, either ironically or by clever marketing (ha!), Mr Huw is performing a set heavily populated by tracks off his latest album Cariad Afiach; the ultimate valentine album.

Y Llangollen is full; maybe it’s ‘singles’ night! I get there at 10pm, the liquid for some has been flowing well and a young (previously off my radar) Anglesey band take to the stage (well, carpet).
(Huw said, ‘I don’t know how the fuck you say it!) are set in late 50s Happy Days rock ‘n’ roll. They have confidence and some good rocking original tunes that would have made them a tidy living via the Welsh media had the BBC not twigged that a select few were making shit loads of airplay royalty cash for churning out banal rubbish. This of course stops any bands or artists, like Fleur De Lys from muscling in on airtime that is the Welsh equivalent of some mid-west country & western radio station (check shirts and sideburns included).

Fleur De Lys are heinously young, they have a great looking quiffed cocky singer-guitarist with a good voice and a couple of dodgy guitar solos! A college kid bassist in denim jacket, a spotty keyboard player who adds a real roc a rol feel to their sound, and a beanpole 6′ 9″ drummer who slaps his kit to good effect. They look like they’re enjoying themselves and the crowd did too ‘Yo Yo Yo!!’

Mr Huw, Huw Wan, Huw Owen, Cunt… Call him what you want… but he is a Welsh anti-poet – and although often referred to in the singular, he is actually a band, fronted by, well, Huw! Throw in his two brothers in arms, and this makes them a them a tight unit. They have guitars and drums and will travel…. to Bethesda.

The tunes may be simple, yet they’re so infectious and you wait, knowing a killer hookline is going to be delivered, but only when they choose to deliver – let’s take Cyfrinachol [Confindential] – it’s as catchy as chlamydia, and listening to it I start thinking that apart from Adam Walton (Radio Wales), Marc Riley and occasionally Gideon Coe (both at 6music) – a band as Welsh as Mr Huw are not going to get the exposure their tunes merit simply because they’re in the medium of Welsh. And yet, should the language matter when the songs are this good? The lyrics on the Cariad Afiach album make little sense anyway, so a burger van truck driver from Hull would be none the wiser, only enriched by great tunes… Be quite funny seeing him chundling up the dirt of the motorway whistling along to Ein Budreddi.

The set is short and snappy and catchy. There is little animation from the stage (carpet), not quite shoegazing, but that doesn’t matter, like I said – and I’m saying it again… When your songs are this good you don’t need props, costumes or Google Translate to enjoy it…