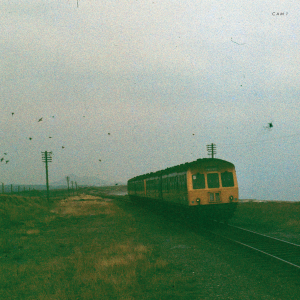 Over the past year, those pesky peskers at Peski Records have been broadcasting a specialist weekly radio show called ‘Cam o’r Tywyllwch’ (A Step From the Darkness) on Radio Cardiff and London’s art radio station, Resonance FM, which champions experimental, alternative and avant-garde music from Wales and placing it in its relevant context with music from other parts of the world.

‘CAM 1’, (as the blurb states) is the first in an annual series, is a compilation of tracks played on the show during its first year. It is a taste of the some of the most interesting music created in Wales today, and is a mix of new artists such as Location Baked, Llion Swyd and Twlc together with those who have been creating experimental music for years such as Llwybr Llaethog, Lembo and Recordiau.

What you get is quite frankly delightful and, like the radio show, a refreshing step leftways, veering well clear of the Indie – Punk – ‘real band’ culture of both the 6music and the gig circuit kids. It’s avant garde, it’s culturcide, it’s that obscure tape you received as a fanzine editor in the late 80s; you listened to it and thought, ‘What the fuck is this shit?’ – but you still listened to it again, and again.

From the dirty bass synths of Macho City to the avant-garden grown by the inspiring R.Seiliog, CAM 1 is a work of many arts, and even the troubadour that is  David Mysterious pops up in a Public Service Broadcast manner.
Location Baked take things to a subsonic level, propagating radio frequencies by means of a lump hammer (wonderful).
Horses trot across like a pre-fame Human League instrumental, while Y Pencadlys deliver 47 delicious unsmoked seconds of Diolch Am Beidio Ysmygu that sounds like a demo for Telex‘s version of Rock Around The Clock (anyone remember that really obscure hit?).
Blaenau Ffestiniog hipsters Llwybr Llaethog take us on a tribal tour in space while Llion Swyd raises a smile with Lludw, that wouldn’t have been out of place on one of the Bullshit Detector compilations. (Ace!).
Ianto Poitch is a church organist tuning up on a Wurlitzer, Recordiau‘s track Corwen is too angelic to be about that hell’s pit of a town ha ha! Twlc is horror panto and Lembo is just plain bonkers (all ace).
Carcharorion Riddim‘s Beth Yw’r Haf? samples the traditional Welsh song of that title and dishes up a truly wonderful piece, probably my highlight of this excellent release… Love it, fuckin’ love it…