SINGLE REVIEW – Cherokees – Better Than Him 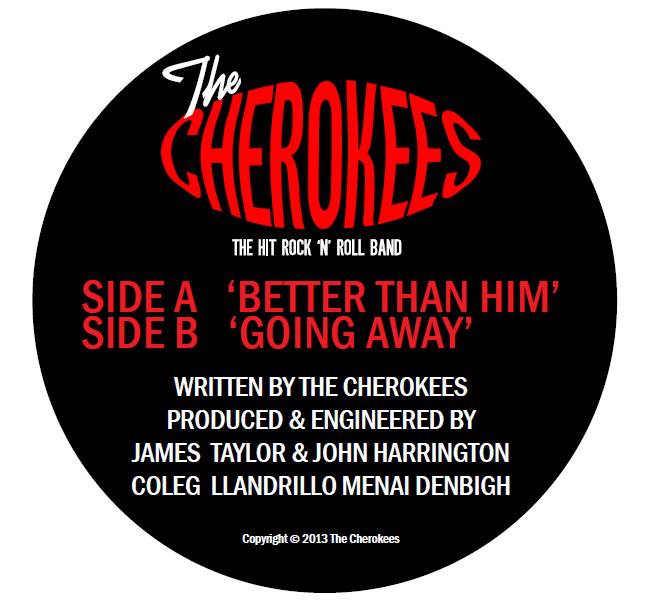 Hmmmm… I casted a dubious eye over the email; I mean, when a ‘Hit Rock ‘n’ Roll [covers] Band’ ask you to review their new single, it’s like an English language band singing in Welsh for the sole purpose of getting a foot in with the Welsh media, and believe me, countless bands and artists have done that (and still do).

So for The Cherokees to produce an original single when their live cover laden set goes against everything I stand for in promoting real bands, who play their own material, I think… ‘The cheeky fuckers…’ – of course I’ll still give it a listen, and I’ll come to that shortly…
The covers band will play to a packed house, the pissheads will lap up their favourite tunes, singalong and cheeralong, the covers band will high five each other and get paid well for their efforts, and hey, rock’n’roll owes them nothing.
The real band will play to an empty pub, the bored barmaid will yawn and wish it was closing time, the real band will put it down to experience, and not get paid for their efforts, but leave with their dignity intact.

Now here’s the trick (and one I’ve thought of doing myself), why don’t the covers band do their Sex On Fire shit for the sad pissheads and save up the money to be a real band, to release their own material?
Please tell me The Cherokees are in this process as Better Than Him is a great single, they betray their secret love of The Kinks, Monkees and there’s a bit of (shhh…) The Twang in there too with a Damon Albarn voice.
It’s infectious (as are most things in Denbigh ha ha!). The song tells the story of bird and bloke in the bar, she rides a scooter and has David Bowie LPs, he picks fights, she’s so much better than him. The great unexpected psychedelic dreamy ending ices the cake nicely.
Flip the record over and you have Going Away, a short, sweet and simple love torn song similar to Jeb Loy Nicholls with nice backing vocals.
More of the same please lads and less of the other….