GIG REVIEW – The Universe Explained with The Membranes 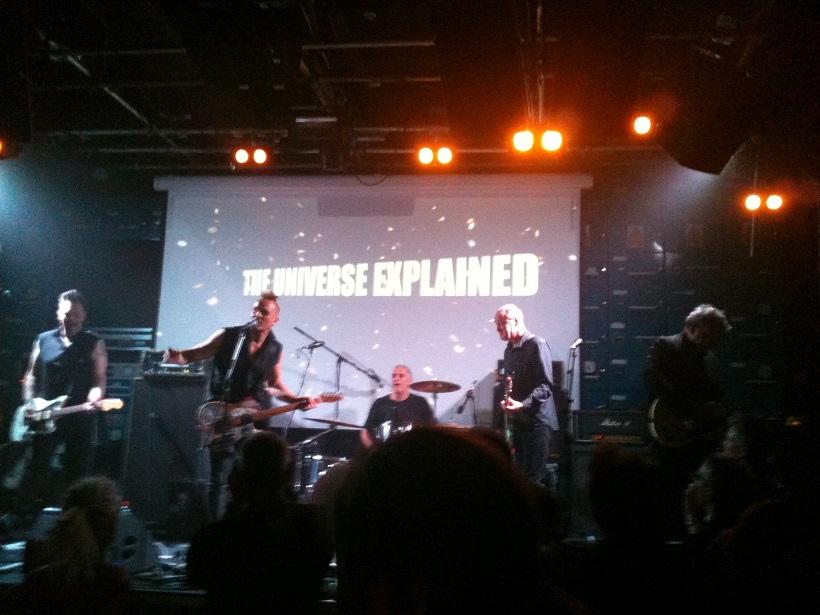 I’ve never been exactly sure of how the universe came to be but an event that hailed it was set to explain it with the help of research scientists, art experiments, writers, poets and legendary post-punk band, The Membranes sounded too intriguing to miss.

So we set off on a baking hot summers day down the M56 to the vibrant city of Manchester, taking in the football museum (moving Bill Shankly memorabilia to the front of all the exhibits) before heading down to the Oxford Street area and getting a few drinks at the art house cinema whilst we waited for the doors to open at “Gorilla,” a venue under the railway tracks on Whitworth Street West. 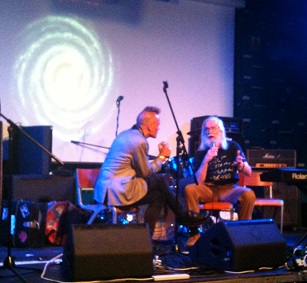 Suzie Shrubb, composer and musician started proceedings with music from pulsars with sixteen musicians live on stage.  Prof. John Ellis who is a leading theoretical physicist from the Large Hadron Collider in CERN then gave a question and answer talk with John Robb from the Membranes re: super symmetry and dark matter before Dr. Radmila Topolovic from the Royal Observatory Greenwich explained via slide show how we are all from the stars and the likelihood of life of other planets. We were treated to a few poems before Michael Trainor (artist and writer) turned the whole audience into sub atomic particles with the use of a homemade, small, cheap Hadron Collider with the aid of a table tennis table, ping pong balls and lots of tubing (you had to be there I can’t explain here in writing). We had a few short films and talks by Dr Stuart Clark (consultant for new scientist) and comedy from Chella Quint. 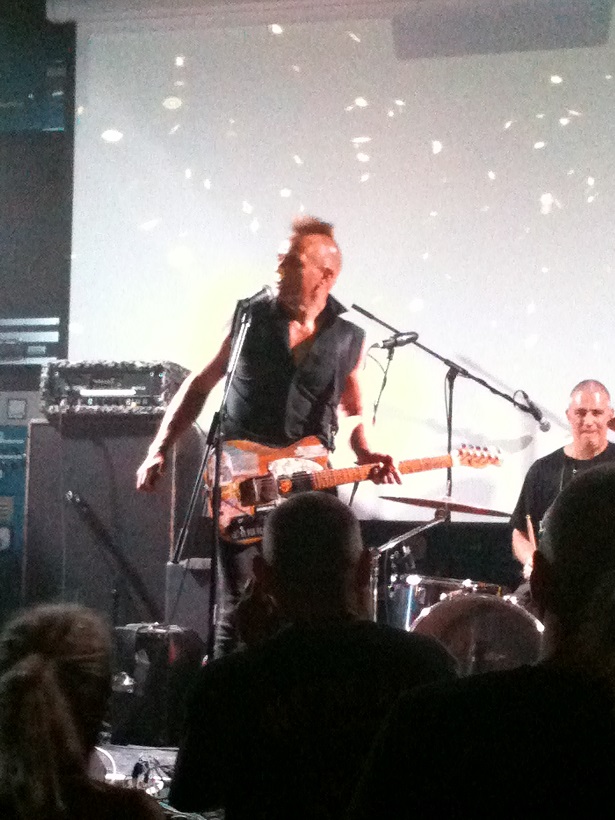 Now it was time for the Membranes to hit the arena, I probably have enough knowledge about the band to give my own talk about their history. I used to go to many of the concerts or should I call them happenings such was the chaos and fun of the evenings. I saw them at Chester when Mark Tilton took ill so John put in a stand in guitarist who didn’t really have enough time to learn the songs and the promoter wasn’t exactly happy but me and the other five people at the gig loved it.  I travelled with the band to Bangor and instead of coming back after the gig we travelled around in a mini bus with John Robb looking for ancient burial sites in Anglesey. I remember John Robb borrowing me his bass as my rubbish indie band was supporting My Bloody Valentine at the Boardwalk and instead of sounding twee we sounded like the Stranglers such was the tuning of his strings. 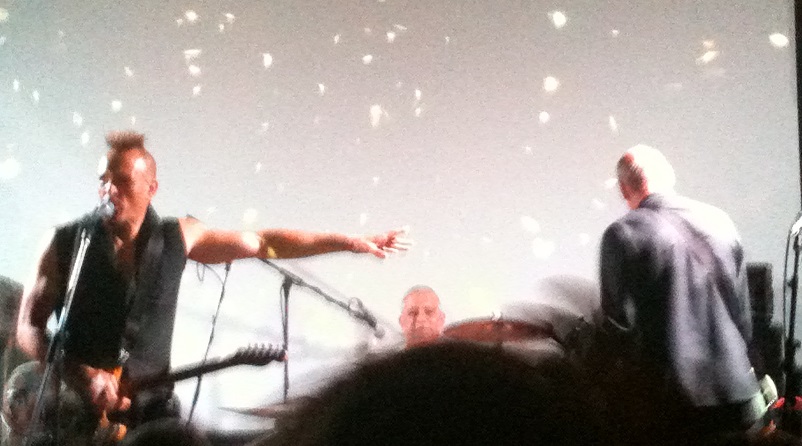 I know them pretty well but have never heard them sound this good, it may have been the excitement of ex Fall bassist Steve Hanley joining them on stage and really nailing the songs that did it or the brilliant backdrop film discussing wormholes and space-time dimensions which certainly added to the newer songs like “The Universe Explodes Into A Billion Photons Of Brilliant White Light” I don’t think John is into too much nostalgia which can only be a good thing so they only did a few old songs such as “Spaceships” and “Spike Milligan” before a unrehearsed “myths and legends” with added string quartet and trumpets which really worked well putting smiles on everyone’s faces before the conclusion.

It was an event unlike any other I have been to which helped me understand the complex ideas about the origins of the universe through brilliant music, film and conversation. The best gig since the beginning of time (in this universe, anyway). 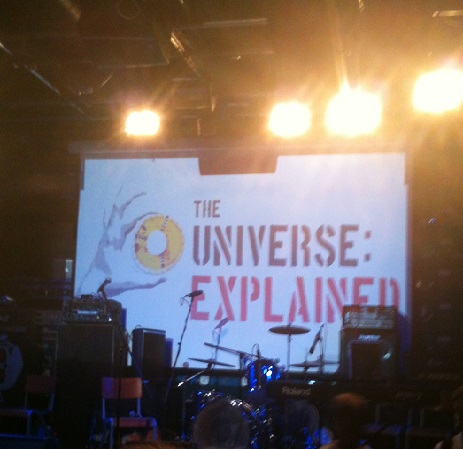