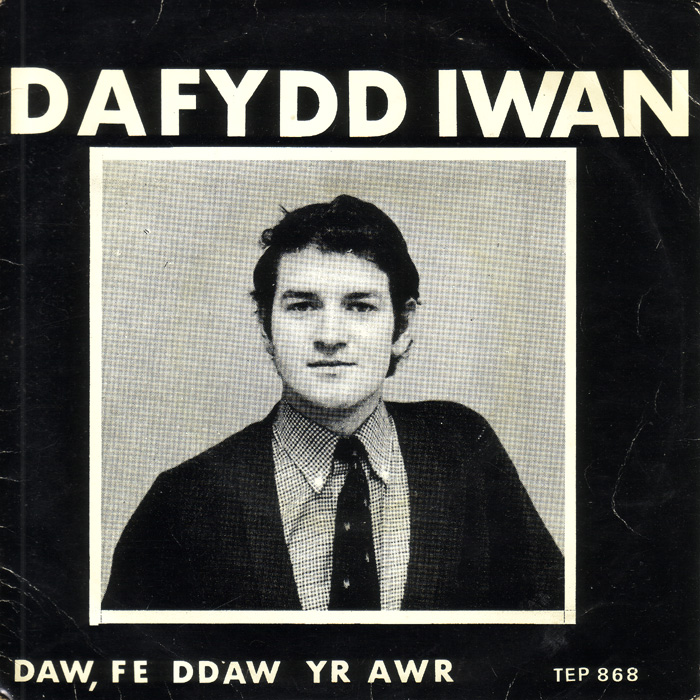 John Robb’s summary of Christmas TV [on louderthanwar] is as good place as any to start, to quote from his Sex Pistols review “the dire Xmas break – where UK culture seems to be on a permanent 1974 time loop“. But then Robb does not have to deal with Welsh TV, at least the occasional thing gets through on BBC4 or Channel 4. Someone pointed out on twitter (rather critically) recently that the commissioning editors at BBC4 are definitely from the Punk generation as every other Pop Culture programme refers to Punk in some way.

On S4C it’s a case of “Did we fight in the Punk wars for this?”  Caryl’s sketch show on the previous evening was borderline painful, were the sketches funny? I flicked over in dis-belief. Thankfully that’s not a programme I have to review.
Dafydd Iwan’s documentary was on S4C during the hour preceding Julian Temple’s film on the Pistols gig in Huddersfield, Christmas day 1976. It’s not possible to have greater opposites – or is it ?
I had been warned not to watch Dafydd Iwan’s documentary as it was guaranteed to wind me up but I flicked channels, as you do, and found Dafydd’s documentary to be compulsive viewing. Celebrating over 50 years in the Welsh Music Scene (like his contemporaries Hogia’r Wyddfa) this had been billed as a “personal insight” into his career over those 50 years. It was… 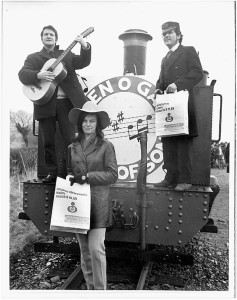 Dafydd in many ways is a Legend, he was there when we were growing up. (I saw him in Neuadd y Foel in the early 70’s supported by Edward and it was an important milestone – my first taste of Welsh Pop music) and at the grand old age of 70 he’s still at it.
Musically Iwan comes from the Woody Guthrie / Bob Dylan protest folk song school, but he sings in a Chapel / Glanllyn / hwynagreddi kind of way. Light entertainment they used to call this sort of stuff, indeed he started off on TV back in the 60’s as a good looking young singer but definitely very light entertainment, albeit with a strong political message to many of his songs. The black and white clips highlighted his good looks.

The difference I guess is that Guthrie had a sticker on his guitar, “This machine kills fascists”, Dafydd did not. Dafydd is no Billy Bragg although his songs are as political and even with a song like ‘Blowin in the Wind’, Dylan gave that song an edge, while Dafydd always sounded to me like he was performing at Glanllyn. The others probably took drugs. Dafydd probably did not, there is nothing “rock’n roll” about Dafydd, I don’t know if a bit of LSD would have helped his music, interesting question …… Apart from his collaborations with Ar Log, his backing musicians have always taken off the edge from his songs by delivering bog standard MOR piano led backing.
Iwan’s delivery has always been a tad light which is a shame in a way as some of the songs are truly brilliant. Songs such as ‘Pam Fod Eira Yn Wyn’, ‘Tywysog Tangnefedd’ and even ‘Can yr Ysgol’ are certainly class songs. As pop songs these far outweigh his better known ‘anthems’ in terms of song craft but that’s an argument that will never stand up in a Welsh court.

Dafydd spends a lot of time going in and out of his car in this film, he is the ultimate troubadour. He does a whole range of gigs, from large concerts, to social clubs to gigs for school kids. Interestingly, this is where the Pistols documentary touches base with Iwan’s film. Both acts discuss the pleasure of playing in front of kids. The Pistols did it once for the kids of striking firefighters in Huddersfield, Dafydd does it regularly and it’s obvious that the kids (and mums) are happy. In this instance Iwan could probably have taught the Pistols something. Iwan is also fluent in Benefit gigs.
What comes across in the film is Iwan’s utter commitment to what he does. He is in effect a communicator, pop singer / folk singer maybe – but essentially what he does is communicate (in his unique way). 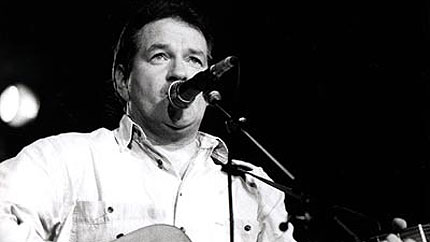 There is footage where he plays to a packed marquee, probably a 1000 + punters and they are all young teenagers. There is no doubting that they are loving it, both Dafydd and audience, in fact the audience know every word to every song and they sway along to his every word and chord. But it is also obvious from the footage that they are pretty pissed if not totally pissed.
This is Welsh culture Eisteddfod / Royal Welsh style – for me, Hell on earth – but you can’t deny it is impressive and glorious in a strange way. These are rugby style anthems for the pissed and the Welsh Nationalists. These are anthems for those who await the return of Glyndwr, we are ‘Yma o Hyd’. God know what John Robb would make of this – that would be a far more interesting review than mine, I’m too close, too tainted by growing up in Wales. My Punk Rock was rebelling against all this, so in a way it’s like Robb’s generation going to review Genesis or Pink Floyd – it’s never really going to work ….

Dafydd’s other communication channel is his preaching, which he approaches with the same commitment as his gigs, again he is the ultimate troubadour and as he points out, it’s not about the numbers, it’s about getting out there. I share not his Christianity, but in this bit of the film I actually get to respect him more. He stands there in a pulpit in front of seven people in some literally God forsaken chapel in the middle of nowhere, it’s pissing down with rain on the outside, and he just get’s on with it.
Iwan uses the word ‘communicator’ to describes his job and it’s here that the documentary actually tells us something that we didn’t know, Iwan’s own view on what he does. He admits that he functions best with an audience, this is a man on a mission with almost unfaltering commitment to what he does. The Welsh language is always mentioned, always central and it is here, whatever we say about the musical delivery, that it’s impossible to criticise Iwan. 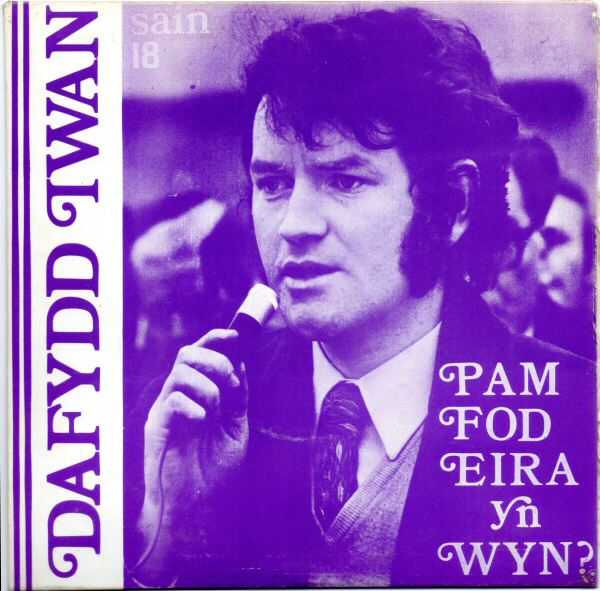 He admits to some kind of depression or breakdown during the 80’s and there is a painful clip where he performs with Ar Log obviously too pissed to remember his own lyrics. It’s car crash stuff, but honest. His divorce is mentioned and his saviour, his new wife acknowledged. This is difficult territory in Welsh Wales where everybody knows everybody. But without some grit and some truths this would have been a superficial documentary. So the filmmakers justify the documentary and portrait claim.

In all honesty, the best stuff comes from his family, and certainly his now grown up children. They, more than anybody understand the man with a mission and they convey this without any romanticism and with a refreshing honesty and matter of factness. The way his children both accept and respect the mission probably tells us more than anything in this film. This is the good stuff.

There are no other guests, no talking heads. In many ways this is a dull documentary. It lacks pace, lacks sex, lacks edge – it’s more akin to a documentary for Sunday evening before ‘Dechrau Canu Dechrau Canmol’ but the family stuff really does work – they do “get it” and their portrait of the man is by far the best thing in terms of useful insight.
Dafydd’s comment on the role of Cymdeithas yr Iaith today, as a protest group searching for something to protest about is glanced over, blink and you’ve missed it, which leads one to ask if there is another programme here – Dafydd on politics, the state of the Welsh Nation in 2014 .

This programme was followed by another on his music. Thankfully we could flick over to watch Julian Temple’s film on the Pistols on BBC4. Two different acts, two very different documentaries and probably Iwan’s documentary would have benefited from a Julian Temple treatment, but then S4C don’t have any Punk Rock commissioning editors… or maybe BBC4 should do something on Iwan’s politics…  They all conform to what they know and understand while the audience are treated with the usual contempt, to quote Weller ‘the public want what the public gets’.