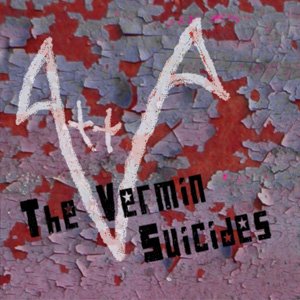 They’re by far not just another punk band, although the album is firmly embedded within the echelons of punkdom, you’ll find plenty to pique your interest and sing along to. My pick of the bunch is the very excellent Human Nature with it’s very hooky football terrace chorus. Danger To Know is very much from The Coral  /Scouse songbook, while State of The Art wouldn’t be out of place being belted out by Stiff Little Fingers. Keep The Beat is a rousing, tap along, jump along, stomp along tune, like 999 at their best – I know comparisons are lazy (and inevitable) but essential here to display the fact that Vermin Suicides are a fucking great band with influences drawn, usurped, blatantly lifted and inspired from up and down the alternative spectrum – but they still have their own sound. OK, let’s chuck in the Clash for good measure, Cocksparrer, and a touch of psychobilly-punk with the galloping Banzai.
A great album, by a great band – worth travelling to Liverpool for…
(anti-pop / facebook)