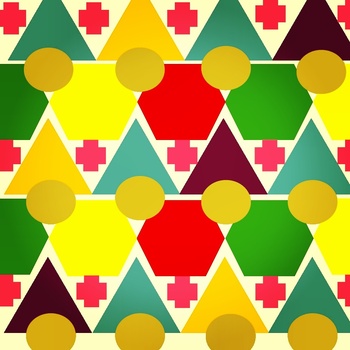 A tribute to Pulco – not that he’s dead or anything, he just smells a bit in this hot weather!!
A tribute album is when a host of artists get together and contribute a specially recorded track of one particular artist. A bit like a footballer gets a testimonial match as reward and recognition for a long service at his club, Pulco gets the honour for being around long enough to deserve it. Unlike the barrage of cheap cash-in albums that came out after the death of Joe Strummer, an album like this is, like I said, an honour; particularly when you see the pedigree of some of the artists on here.
Cymbient probably have the easiest task of covering Love of The Ocean, Pulco’s best known track (in my book), Cymbient being Andy Fung (ex Derrero) and Rhodri Viney amongst others, and I have their album The Drive Home on my shelves and must revisit it after these 8 long years.
Now, I’m no expert on Pulco‘s output, having only his recent exploits to draw upon and hopefully Ash will take a hint and correct this obviously flawed gap in my collection. Let’s take See Horse See Sheep by Laurence Made Me Cry, I don’t know if Jo Whitby’s take on this song is a page for page carbon copy or her own take on the track… What I do know is that it’s perfect, with that lovely reverse vocal. As is Ben Mason‘s Mungo Jerry-esq version of Ifan.
The bulk of this album is all new to me, but as an introduction to the often lyserig tinged world of Pulco, then it’s essential listening, and talking of diethylamide, Toby Duckett will inform you he has too much Hair from the safety of his magic teapot.
Euro Childs (who appeared on Pulco’s recently released and excellent Clay Cutlery album), sounds uncannily like a late sixties Dave Gilmour on one of Pink Floyd’s filler tracks you’ll find on one of their late sixties filler albums.
As does Adam Leonard when he waxes lyrically on about The Welsh Mountain Zoo, Menai Bridge and Pili Palas while Taking Time To Browse and Shop.
It would’ve been interesting to have heard a guitar / punk band’s reworking of one these songs as this album is very much in the ‘keeping it Pulco’ vain; maybe as a hidden track at the end so not to upset the whole ambience. Maybe Clean Face by No Middle Name is as close and as uptempo as we’ll get to that, and very good it is too.
Canterbury’s Picturebox do a resplendant French version of Paddle People (another Pulco ‘hit’), leaving the English version to one of coups for this album by James Yuill, who does the job nicely.
A surprise package and finally making it onto an album is BBC Radio Wales DJ Adam Walton who covers Hardships. I say surprise, because it’s surprisingly good!
Sixteen tracks in all, also with Gorwel & Fiona Owen, Wrightoid, Butcher’s Prime Cuts, Ian Thistlethwaite and Snippet (who is Johnno Casson).
Pulco, who is Ashley Cooke says, ‘Modular Pursuits is an album of 16 handpicked Pulco songs covered by various contemporaries, peers and friends. The songs chosen were drawn from the 10 or so albums that I’ve done over the years and have been loving reinterpreted by amongst others.’

Neil Crud says, ‘What a great album… and it can be yours for a free download right here…‘